I hope you had a great weekend and for any American followers a happy long weekend! 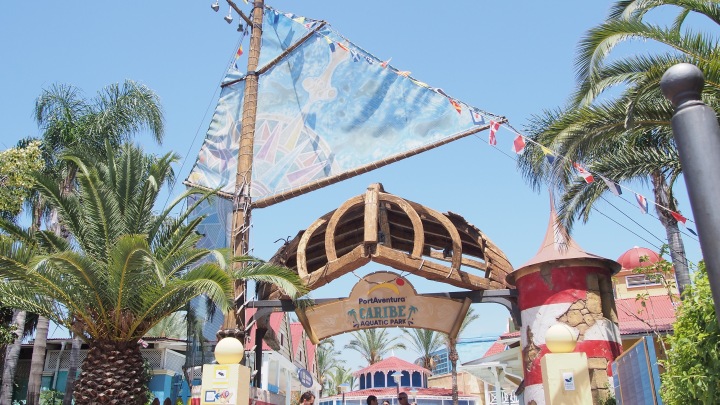 Paul’s for here for a few more weeks, so this past Saturday, we played being big kids at Porta Adventura’s Caribe Aquatic Park for the afternoon! Literally big kids. We even went on some mini kids slides which were so gently compared to the more extreme slides you kinda hoped your swimming bottoms held up as you exited the slides.

Back tracking a little, Friday after chores and a morning run, the afternoon was spent wrapping presents. July’s almost a mini Christmas with birthdays. My Mum’s 70 next week, so I wanted to make sure they were in the post early. Friday’s are my ‘day off’. Translate, quick stop off at the beach, before the post office in El Borne. My local one closed over the New Year and this is the only other post office on my cycle routes without going out my way. It’s also a perfect excuse to visit El Borne. I don’t go there that often now I don’t live there anymore. I forget how striking it can be however it’s nicer to visit that to live there. Way too many tourist apartments. On the way back we cut through Parc Cuitatdella. I’d missed last closing at the zoo the day before and was craving a greenery fix. Most people were at the beach so for summertime it was relatively empty. 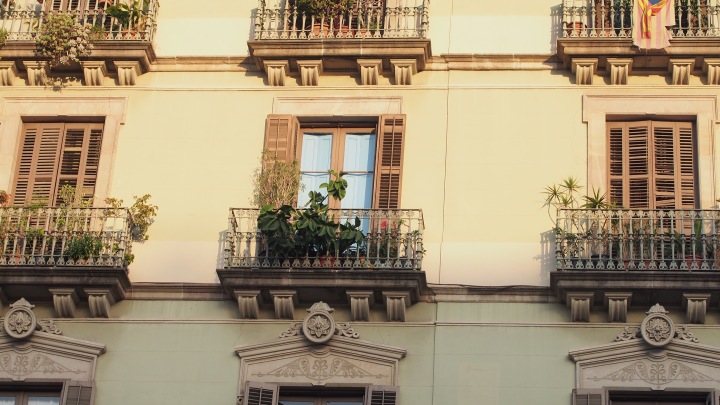 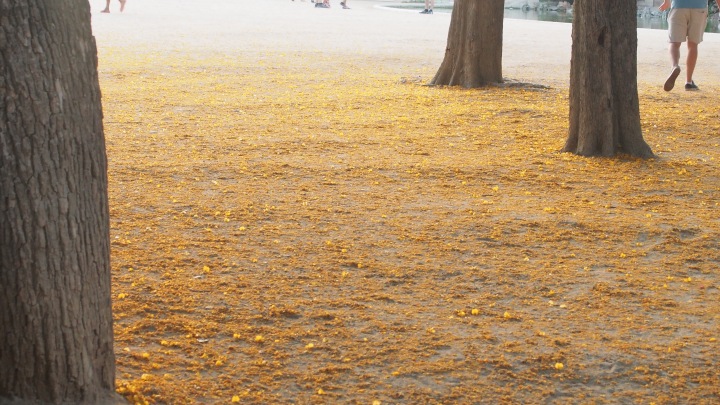 Saturday we had hoped to be out the door by 10am except I overslept and still wanted to get a workout in so we didn’t leave until a little after 12pm. Which is still early for us or rather for me. Porta Adventura’s about an hour and 20 minutes away and with P riding we got there in 1hr10. That includes filtering traffic on the bike coming out the city! We didn’t however get to any slides until 3pm. 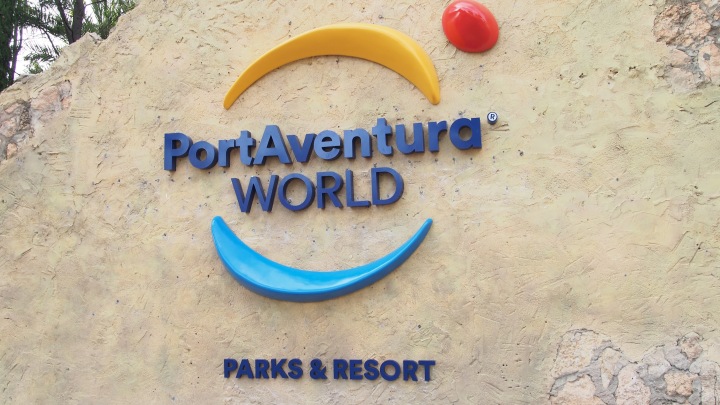 P booked the tickets in advance to avoid queuing (no queue anyway) however no food is allowed in the park, so there was a trip back to the bike to put that away. You’re allowed to take in bottled water and after the security guard checked our bags we were allowed in! Locker hire’s a separate price, €8.50 for one with €3 back at the end of the day. The locker people said we could fit both rucksacks in one locker (obviously didn’t see the size of mine). After eventually finding the said locker, it was too small and I didn’t like its location. Right in the corner at floor level when there were 100’s much higher. I went back to swap it and get another locker which caused some confusion. They didn’t know which lockers were high or low and did I try both bags in the locker. I didn’t have too, I could see from the size of it! Finding the lockers was a treasure trail. They’re spread out on different floors and locations which no directions.

Changing rooms are available. One mixed with just toilets and individual closed showers and 2 other separate larger changing rooms. It’s pretty basic. Auto timed press showers and f’ing cold! You’re allowed to take in shower gel etc and I recommend taking flip flops. The floors were kinda dirty. To safe guard the locker key, you get a velcro wrist pouch with a numbered key fob attached to a key ring, fastened inside the pouch, zipped in the pouch. No way you can loose it (no lip balm, my one can’t live without item fitted as the pouch wouldn’t lie flat. P’s boardie pocket to the rescue!). We also choose the option of a food bracelet. A pre paid chip purchased from just inside the entrance attached to a once done up no undo bracelet that acts like a wireless credit card. Any money you don’t spend you get back at the end of the day. After all that was sorted and sunscreen slapped on it was time to hit the slides! 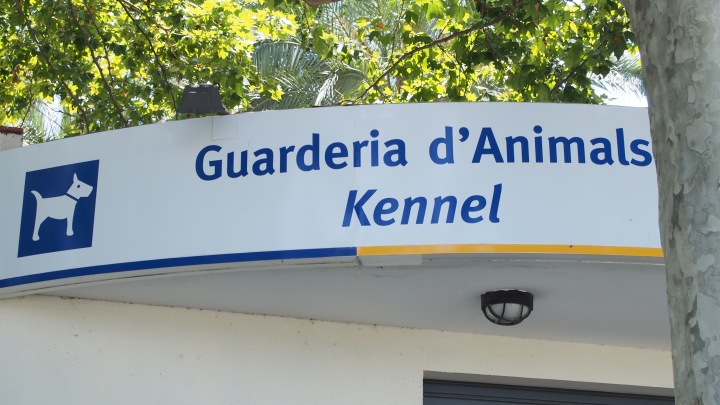 I was a little hesistant at first, but once one slide was done, I was okay. There are about 10 slides in total, 2 pools, one wave, one so warm you didn’t want to get out, a crazy river, 4 kids slides that adults are allowed on and a pirate ship climbing interactive one where every time the crows nest bucket fills up, it triggers a lever that sends water tumbling down and over anyone underneath. My favourites, El Tilfon with rings, extra fun if lifeguard/monitor at the top send you spinning. I chickened out initially on the Rapid Race (slides head first holding onto a mat) as I missed the pushing myself off the top and it looked so steep! I opted out the next ride down and got courage again on the next ride down. Why was I hesitant? We went straight back up again! P went on a few more ‘scary’ rides (one so fast, everybody sat in a moment of whoa wft at the end as the lifeguard ushered you out) but neither of us were up for the near vertical drop slides. I think I may have lost more than my bikini bottoms (they held up fine, but there was a moment on one ride, I thought the worst would happen).

We hardly had to to queue, though there’s an express pass you can buy for €15. We skipped as the day was already expensive and the lady said it wasn’t that busy.The longest queue was for the El Torrente, 40 minutes due to technical problems. Despite the long queuing I didn’t see one grumpy face and everybody was without a mobile. Something not seen queuing now (It was nice not to be near a phone for the afternoon. When I did check the internet, it was okay, nah). All afternoon I saw nothing but happy faces.

After lunch, we went for a trip on the crazy river racing each other in rings or trying to spin each other off the walls or under waterfalls before a few more rides until the clouds started to arrive. It had been sunny all day and not wanting to leave the warm water was hard! The park closes at 7pm, so we made our way to the changing rooms around 6.30pm to avoid everybody getting changed. I think most people were staying in the hotels as they weren’t as busy as I thought. 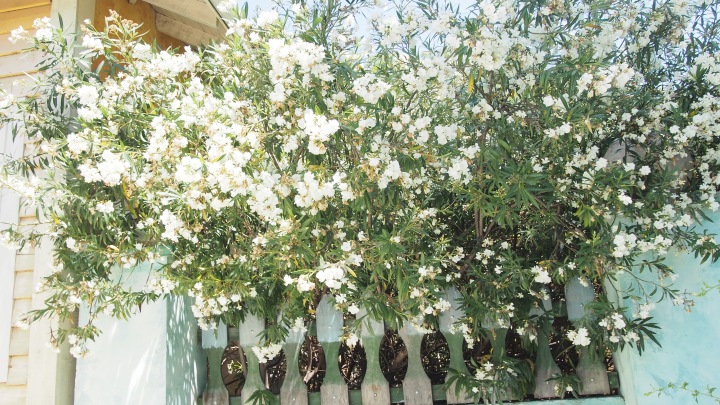 We decided afterwards to take a little trip to Salou down the road. If you replaced the Spanish writing with French you could be in Juan Les Pins in the South of France. I think I heard more French and English than I did Spanish and Catalan. It’s a kiss me quick kinda seaside town with super soft sand. We had a late lunch picnic on the beach before exploring part of the town. A strong man competition was going on as we parked and when we left around 10pm traditional dancing or with my eyes 1700’s costume dancing with an 1700 American whistle thingy. My eyes are bad for distance! Almost as soon as we got back, both out like a light. Just like a kid who spent all day at the beach. 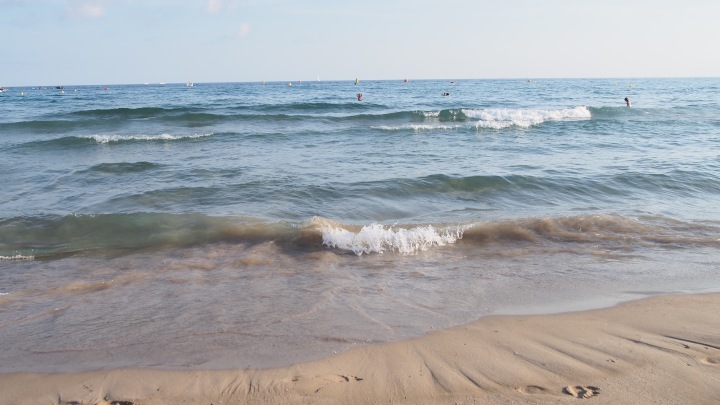 Sunday was low key. The morning was cool and overcast (I’ll never admit it was a nice break from the heat). Being the first weekend of the month to break up long runs, I take a bike ride up the coast. It also helps build up endurance for Spartan. P was game which was a good thing as signs are up on my favourite part saying no bikes allowed 00.00-24.00h or a €80- €200 fine! P’s ridden that way more than me and we had to take part of the ride along the road. The road’s fast moving, however thankfully there are signs reminding cars to give  1.5 metres distance. It was quicker with the road, so now I know the way, I have no probs going my own. I would have worked it out anyway, but finding beach access steps under the train tracks to rejoin the beach when allowed, took some playing with traffic lights and zebra crossings.

The sun came out early afternoon with rest of the day was spent at the beach. I just managed to make the zoo gates. P got a puncture 1km from the apartment on the morning ride back and despite fixing it, after the beach a flat again. He said go ahead for the zoo and a little guilty I went. If he had, I would have had more issues with a free pass I had for him trying to get into the zoo. I renewed my membership in May but it hadn’t come up on their records as I was initially denied entry. The ticket lady kindly let me in the promise I take the receipt or bank statement next time I go. Asking both of us to get in would have been too cheeky even for me.

This little guy/gal spent a few excited minutes spinning on the pole, before attempting to make their nest. That soon got boring way too quickly. Upside down’s way more fun! 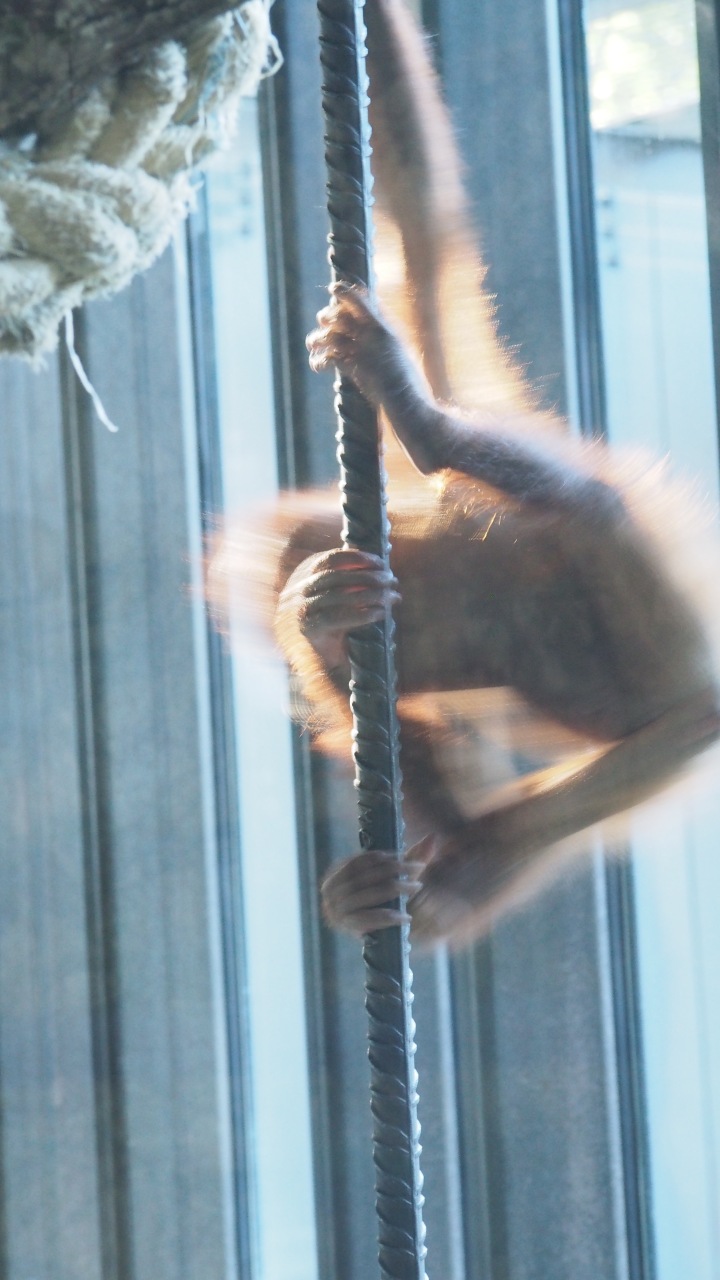 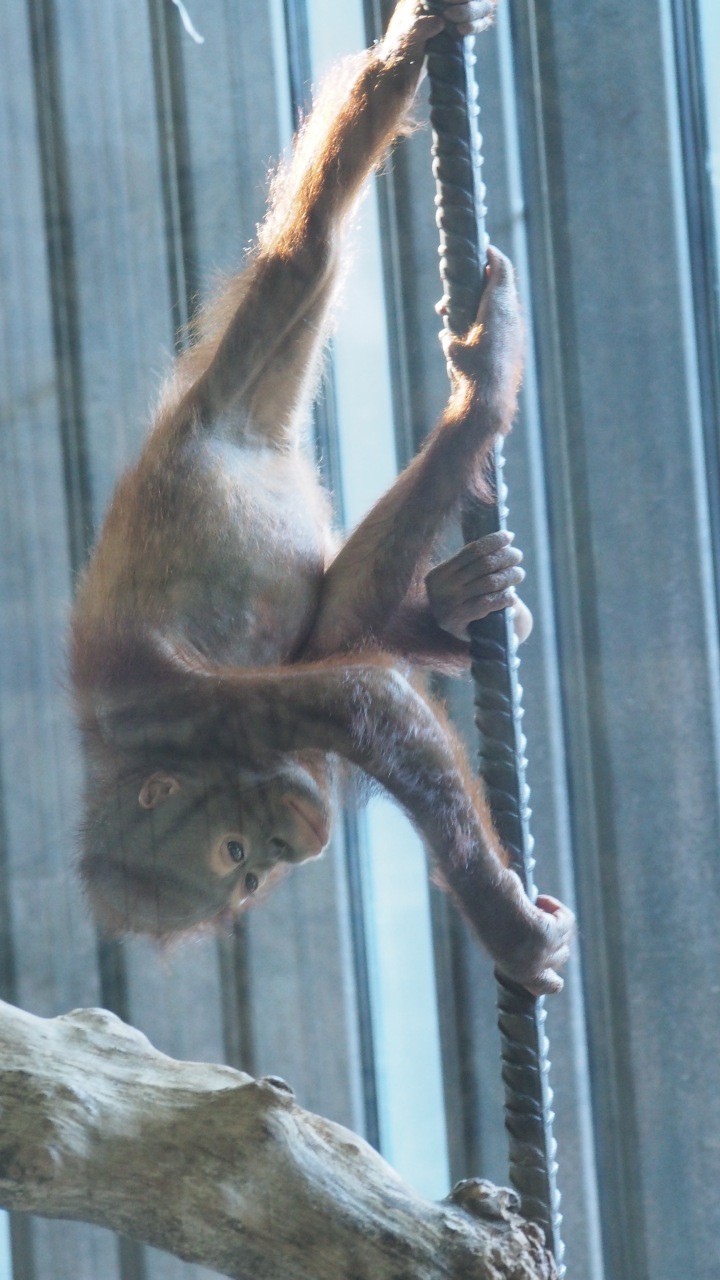 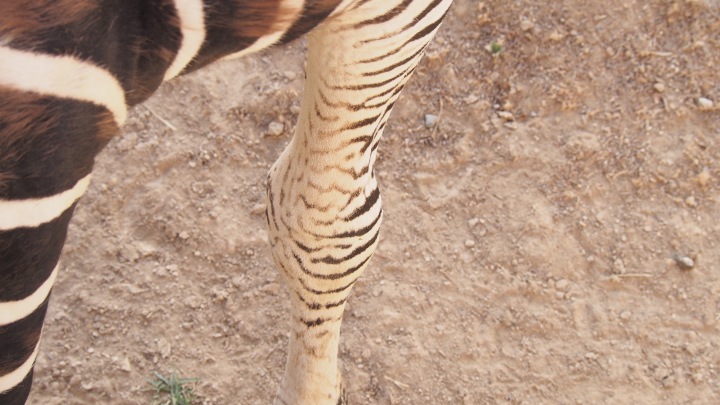 Otters sleeping off the heat. His/her playmate curled up fast asleep beside him. I took the wrong lens to get both in. 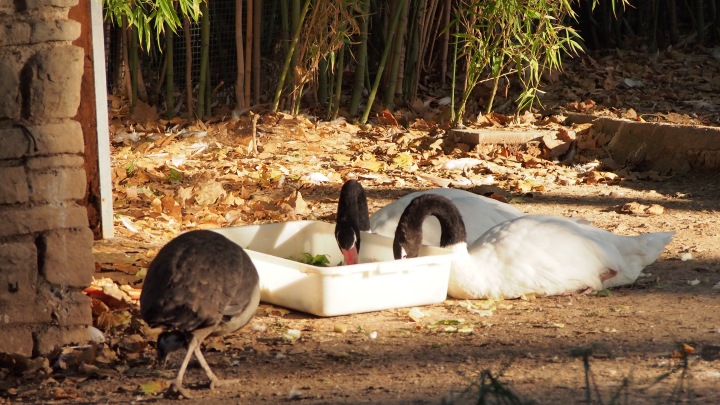 And that’s the weekend caught up! Have a great week!

Water park, pool or sea to cool off? Cold showers aren’t the same as a full on dip!

Apologies for the extreme amount of photos.