I hope you’re having a great weekend! This week’s been another week where I’ve felt like I need 3 of me so I haven’t dropped by as much as I’d have liked. I’m hoping from next week I can stop by more often now I don’t have as many dentist visits or extra errands. I stopped by to collect my new retainers this week (I managed to snap my top retainer the week before) only to not be able to remove the top retainer! It took the dentist about 20 minutes filling it down until I could remove it easily. I think I tested his patience as every time he filed it down for me to try again I was, seriously I can’t remove it! He was like remove it like this, with me, I’ve been wearing this style of retainer for 10 months. I know how to remove them, it’s too tight!

Anyways, Weekend Friday Favourites, things that have made me smile or caught my eye this week. New retainers didn’t make the cut. 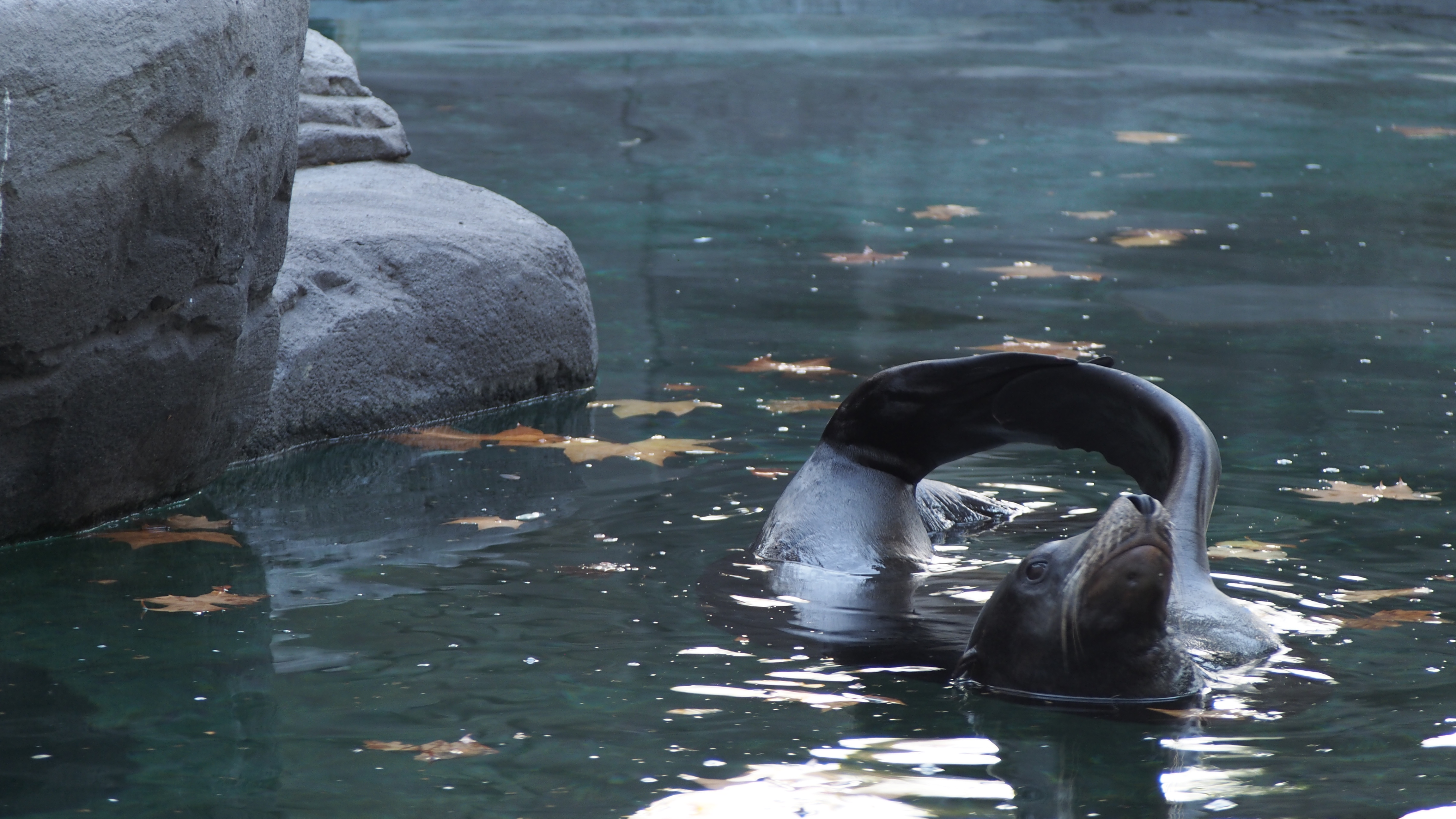 Ever wondered how a seal cleans its tail? Something I’d never thought about until last week. Usually the zoo seals are in the water when I go, however the past few visits, 2 have been out the water while ones uses a flipper to groom their tail floating or treading with its other flipper. 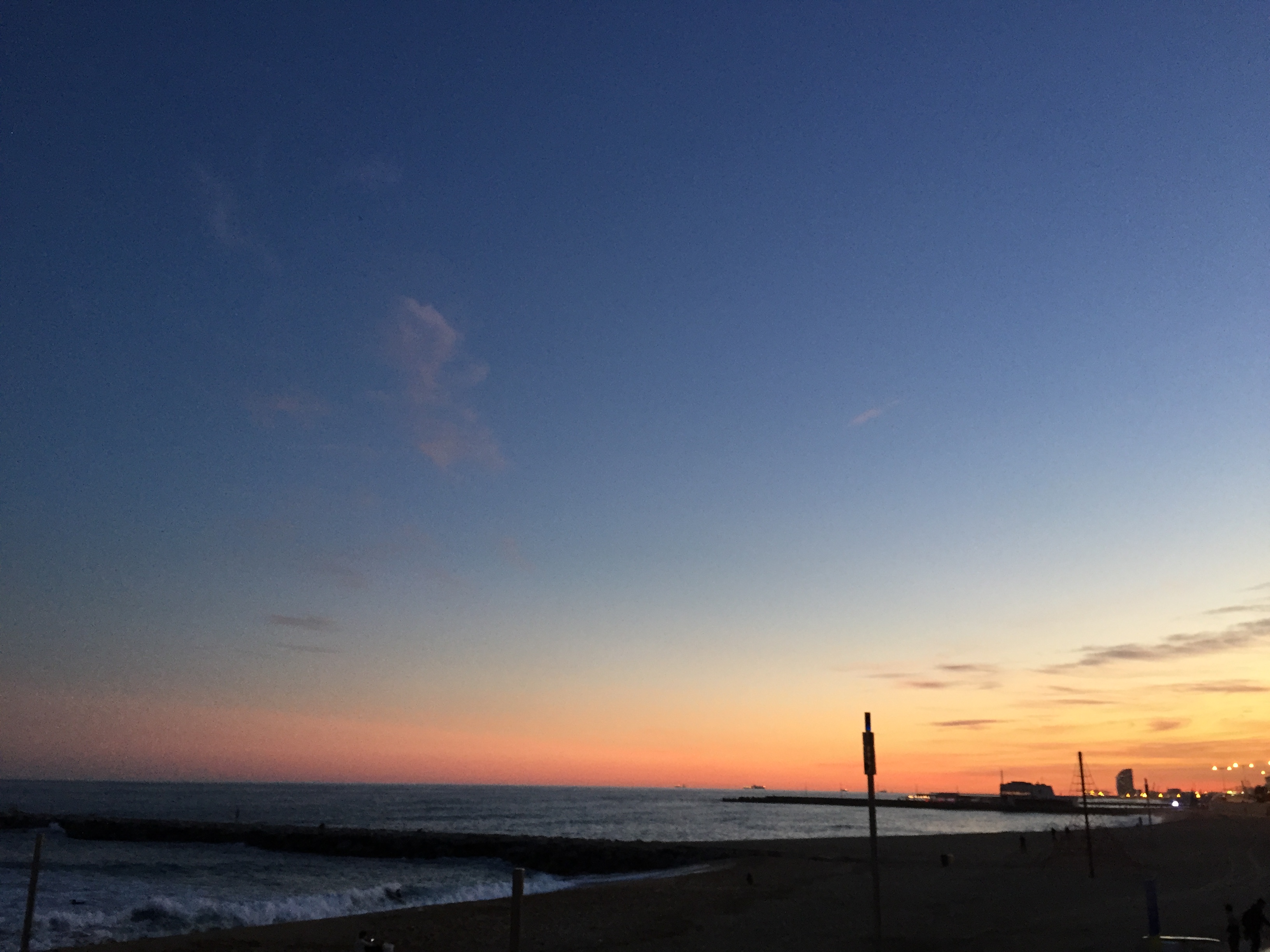 Does exactly what it says. A black brown mascara more on the black side that’s said put during gym workouts, HIITS and running. I was unsure about colour initially as I prefer black to brown mascaras, with the colour straight out the tube looking brown. It’s ‘lifting’ effects are similar to Tarte’s Gifted mascara in terms of lengthening and volume giving a little more natural effect. I haven’t reacted to it and it doesn’t look plastic like Tarte’s Lights Camera Splashes waterproof mascara. It’s cruelty free and vegan too! 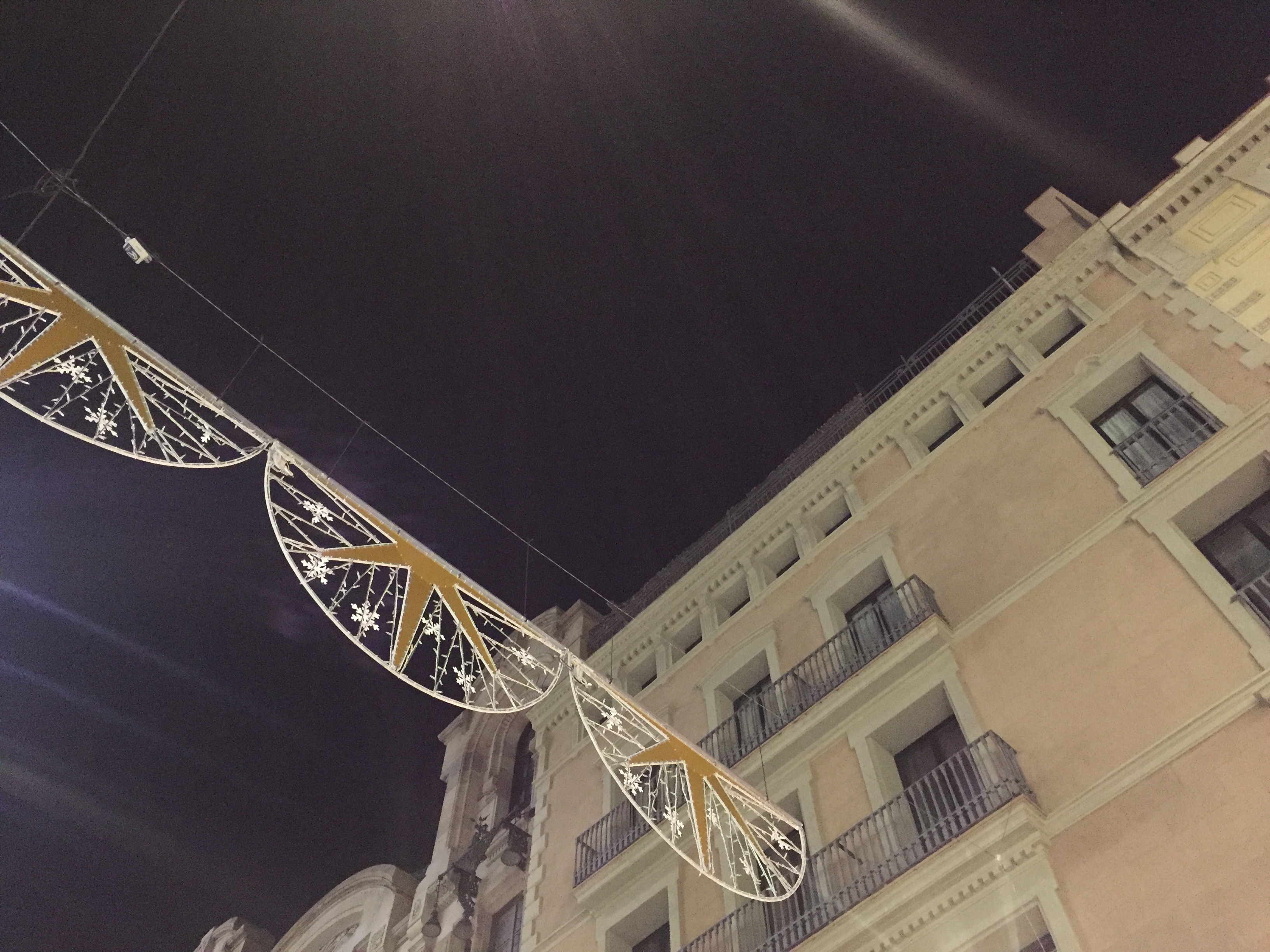 When I moved to Spain about 12 years, Christmas in the shops didn’t really start until around the 2nd week of December. This year the chocolates for the ‘sh*t log’ or Caga Tio, and some Christmas street lights (ready to be switched on later) appeared before Halloween. I don’t mind. I like seeing the lights and Christmas colours. Makes dealing with the shorter days easier.

I realised this year the apartment’s designed to catch the morning winter sunlight and keep out direct hot summer sunshine. The cats appreciate this design warming up in the winter sunlight.

So cute and a perfect ‘holiday’ as the Americans call it gift. I’ve been using this to keep my hair off my face and products off my hair during my night skin care routine. It makes me smile everytime I use it and I know what my girlfriends are getting for Christmas this year! It comes in 2 colours, Pink Nude and White Cream covering all skin tones. 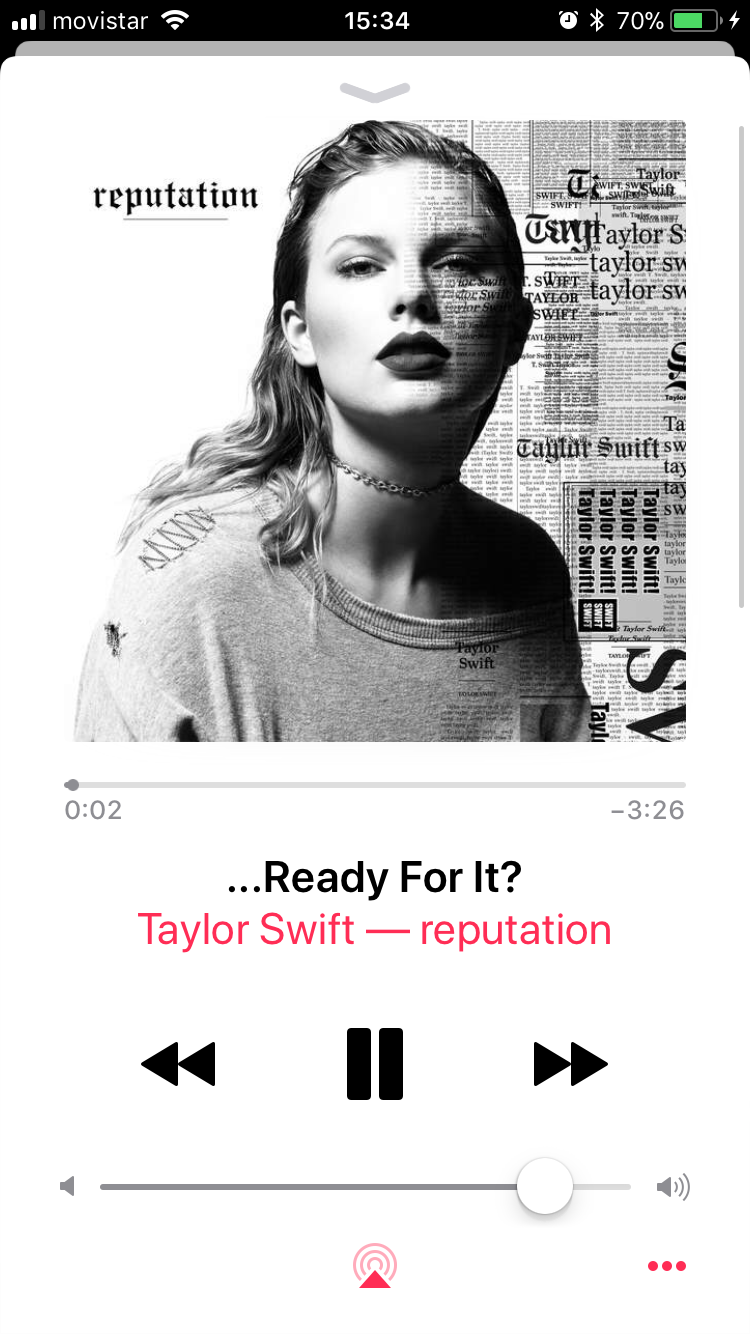 This has grown on me over the week and I like it. Ready For It?’s a great track to run and workout to! Actually most are. I like her new direction, a bit of everything for fans from her country days to fans post her 1989 album. It hasn’t been my intention to workout out to it most days. Shuffle on my iPhone doesn’t always work. It takes one track then plays that artist or album shuffled ignoring other artists on that playlist so I’ve been listening to it a lot this week. 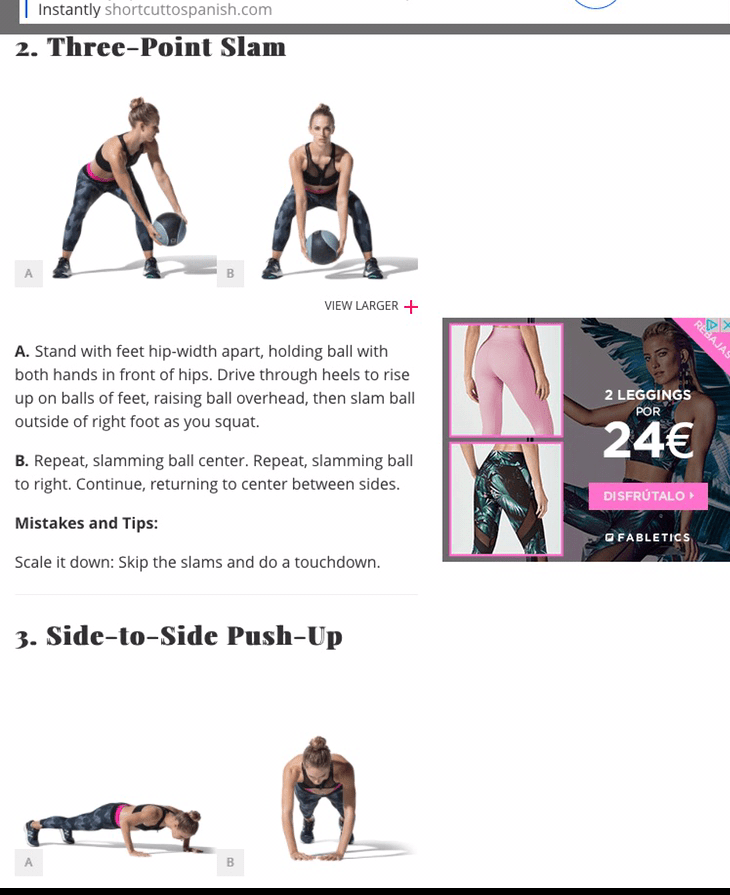 This are from Shape Magazine’s obstacle race workout and are a nice spin on traditional medicine ball slams, including a slam to your left and right as well as centre. Total body workout!

This has been my guilty pleasure I should be doing something productive but I’ll play on my phone app. I used to love jigsaw puzzles as a kid with this being a good substitute to the real deal. I’ve yet to try the 400 piece option! The 169 pieces is enough keeping me hooked. Like most apps, there’s an option for in house purchases however the free version and daily free puzzle keeps me busy. No worries if you don’t complete a puzzle daily, it saves it for you continue when you can.

Spain’s normally a month behind on American magazine with September’s USA Instyle Magazine only arriving late last week. I had a feeling this week the November issue had arrived and it had so I have lot’s of reading over the next week! I could get Instyle on Zinio, but there’s something about paper magazines I like and are more likely to read. Zinio’s way cheaper, yet I have 7 issues of National Geographic still to read and I like supporting the El Borne kiosk.

Mostly BBC News sources as it’s been that type of week.

London buses to be powered by coffee. BBC News

Elephant with tooth pain has it removed. Caters Clips YouTube

What’s been making you smile or caught your eye recently? Have a great week!

One thought on “Weekend Friday Favourites”