I can’t believe this weekend the clocks go back. 2 months until the New Year. How did it get to be October so quick? Halloween hasn’t even done its thing and Christmas is springing up in the shops (can we skip winter and go straight to Spring).

I’ve noticed last week Zara Home already has a few Christmas decorations available, Sephora’s selling gift boxes, Too Faced asking you to celebrate a New York Christmas, Carrefour has a small selection of Christmas chocolate, Oysho’s asking if any purchase is a gift. I remember when I first moved here 11 years ago, Christmas was never in the shops until around the 1st or 2nd week of December. I used to ask myself do they celebrate it here?! (Yes, and 6th of January when the 3 Kings bring the real deal presents. Ask any Spanish kids who brings presents and they won’t say Santa.  They say Balthazar.) I seriously can’t believe the shops are plugging Christmas already. Black Friday last year hit it big here, however I don’t think many Spanish shops got the whole idea of it. More, we have to do it as everywhere else is. Big bargains like those in the USA and UK were hard to be found. 20% isn’t to be sniffed at, but when you hear about 50% off or more you’re like, hey…..! Note to self, internet shopping only on Black Friday if there’s anything I need/want as that’s where the savings are. 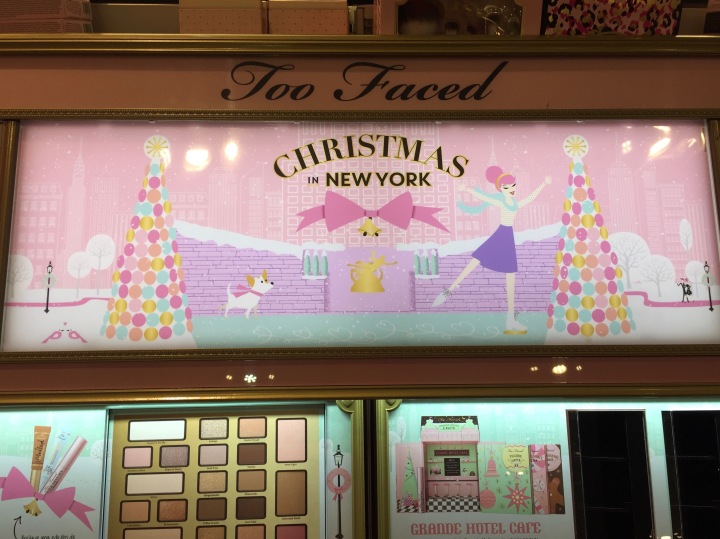 I hope you had a great weekend! Sunny skies returned Sunday afternoon after a week of nothing but overcast grey skies which instantly boosted my mood. There’s nothing like feeling the warm sunshine on your skin to make you feel better. Lady Gaga released Joanne, that’s been on repeat most of the weekend and I love it! It’s different from her previous albums however still undeniably Lady Gaga. Say what you like about her, that girl can sing. Anyways I’ll leave with a few weekend photos…

Diesel’s taken to face planting on blankets the past couple of days. 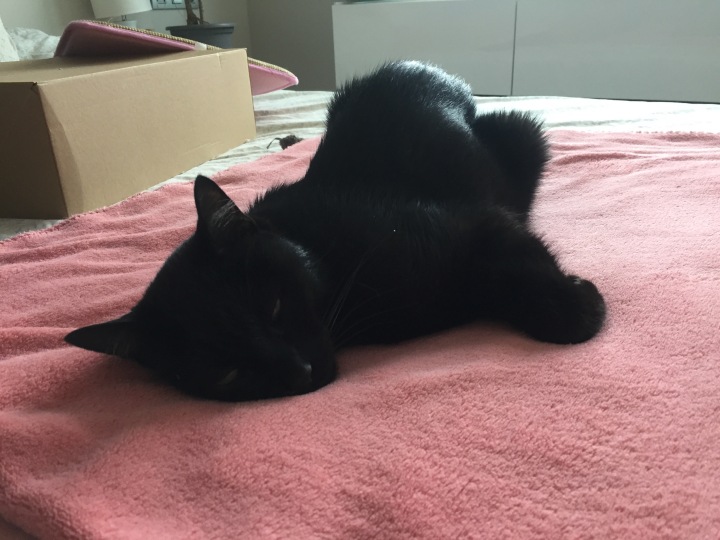 If there’s one thing I do like about grey skies, it makes great running weather. I usually enjoy Friday runs mainly as I make it a mini obstacle run along the beaches, the sea rocks, run stairs and for the first time added the climbing frames. 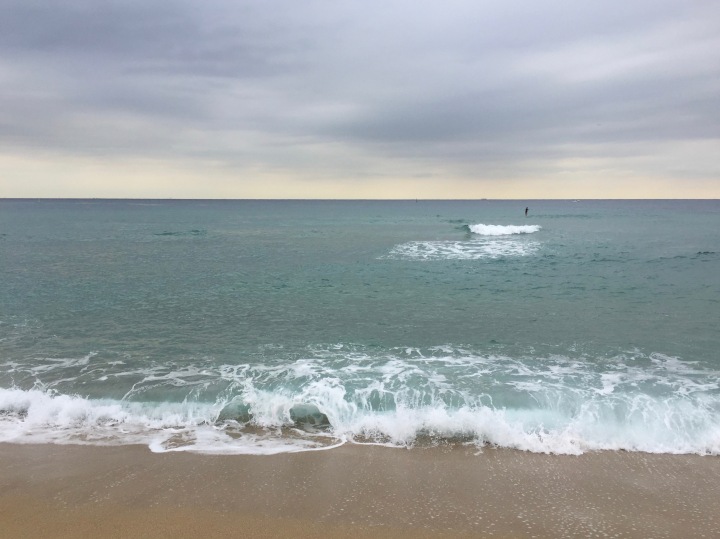 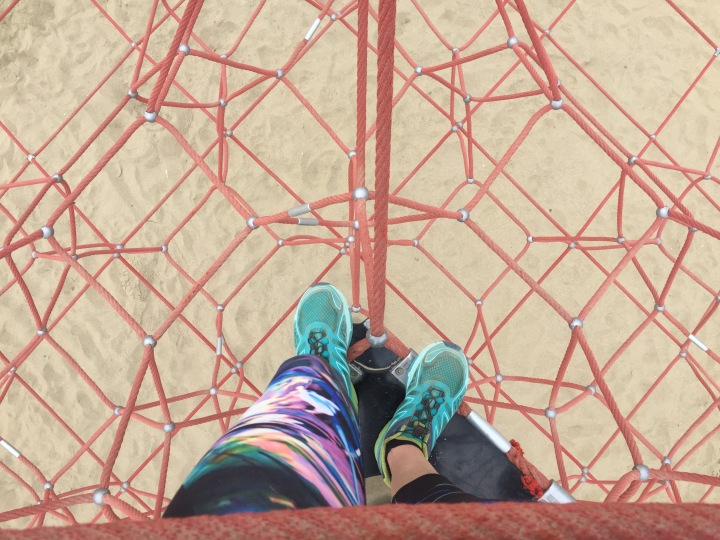 I missed the zoo gates and kinda enjoyed a bit more time running errands in the centre. It was packed with shoppers compared to Wednesday, when Barca played. Whenever they do, the streets and shops appear empty. Which makes it so much easier to run around.

Rain during the wee hours of Saturday morning left spectacular mist blanketing the mountains. The rest of the day was quiet, some Tone It Up Beach Babe 4 workouts, finished a drama on Netflix as it kept leaving clifferhangers on 20 minute episodes before finally making outside for a night time bike ride. The clocks haven’t even gone back yet and I’m getting caught out with the earlier nights. From next Sunday it’ll be dark at 6pm, which is sh*t. 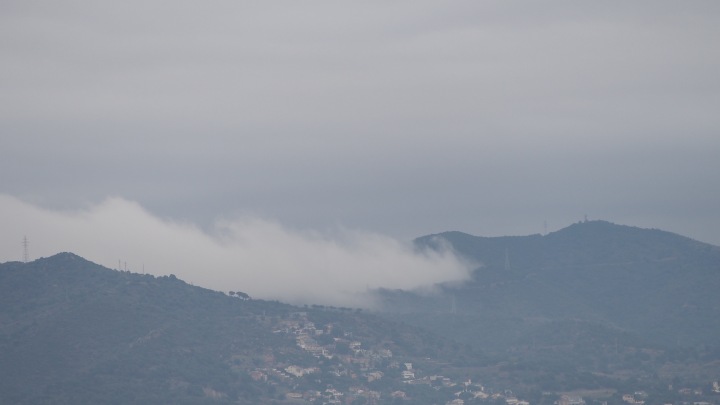 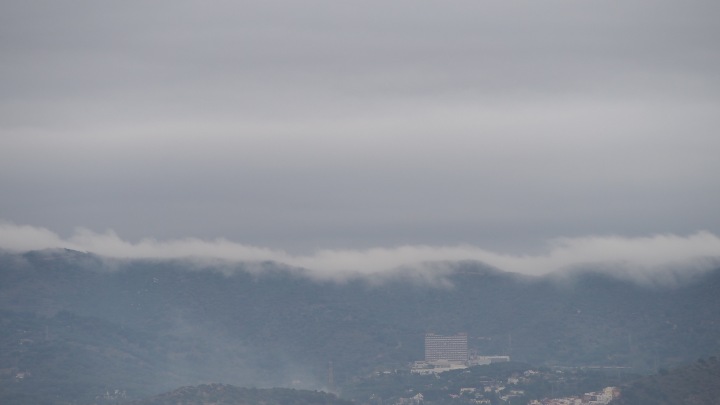 Chores done under the watchful eye of Mr AJ. 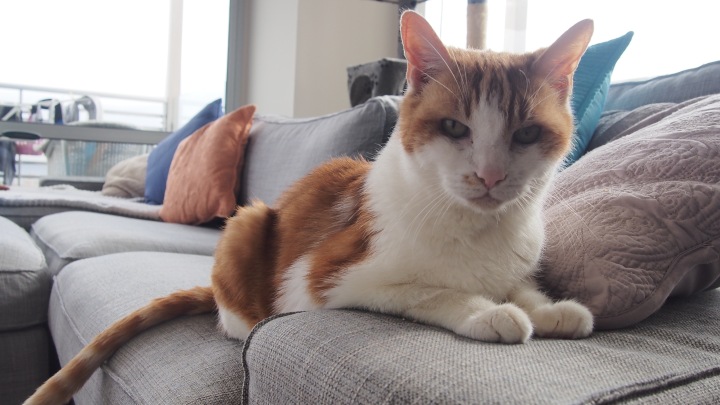 After a cloudy start Sunday, the sun came out just before I set out running. To finally see the sun, feel warm sunshine, heeeaven! I didn’t want to leave my half way point it was so nice out. Few people were on the beach, just a few fishermen, warm sunshine and the sea gently lapping the shore. 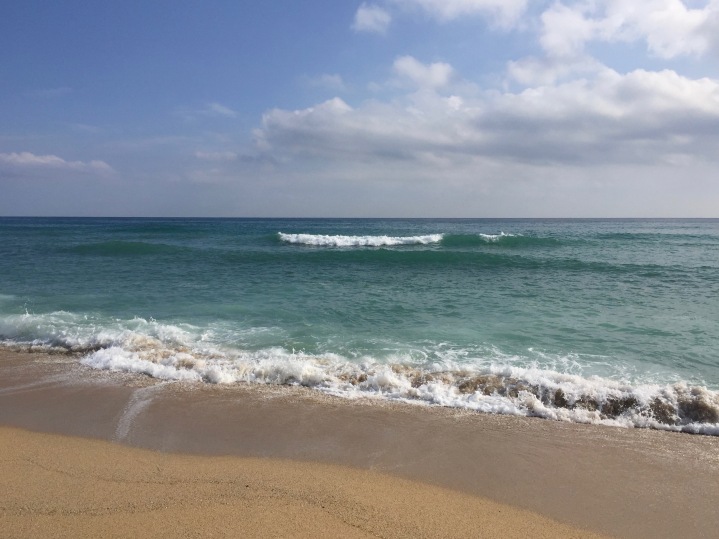 Caught out again by the sunset setting before 7pm, the walk we did want to do, we wouldn’t have enjoyed in much daylight as it would have taken an hour to get there. Instead we decided on La Roca Village a designer outlet place, just outside the city. I’d seen a jacket by Columbia during the week I wanted to check out and see if they had it on offer. They did, but it was too big and we ended up buying exactly what we purchased last time we went. 2 cups of Starbucks tea. Which is a treat as Starbucks is €€€. No discount even in a designer discount village! I’m not sure there’ll be a next time going. The idea’s better than reality. All the other outlet places I’ve been to, I’ve normally just got a cup of tea like a big spender. Though I did find a gorgeous Michael Kors bag. That I left on the shelf; leather and I think he uses fur in some collections. Can Stella McCartney please make classic cross over bags for the masses please? Then others will follow. The smell of leather in some shops was so overpowering it stung my nose. Which is ironic seeing as Tanner’s my surname. 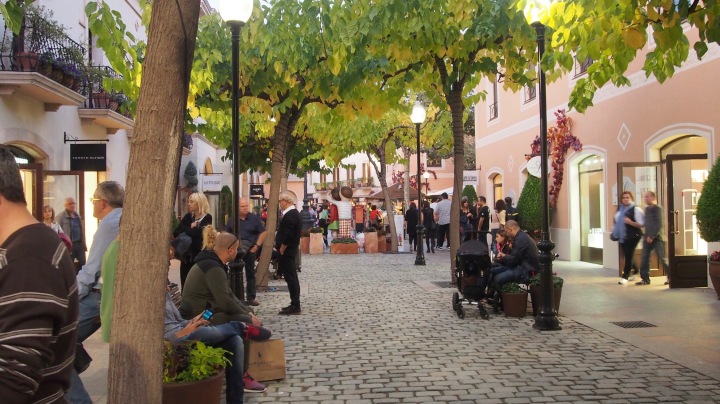 Christmas already where you are? Have a great week!