I have no idea where this week’s gone. It was Monday and now it’s Thursday. I feel like my week, as in now the 2 main grocery shops of the week and all the cleaning are done, only leaving day to day tidy ups, is just beginning. It hasn’t help this week, night naps have been epic. I blame Aj as it’s better to blame someone else or thing rather than your own lazy incompetent arse. I get in in the evenings, make a snack, he sits next to me while I eat, catch up on internet and he starts purring. Next thing I know it’s 3-4 hours later. Like I said always blame someone or something else! Never hands up and admit you it’s your own fault you’ve let night naps take over.

But how can I resist when he looks so cute? 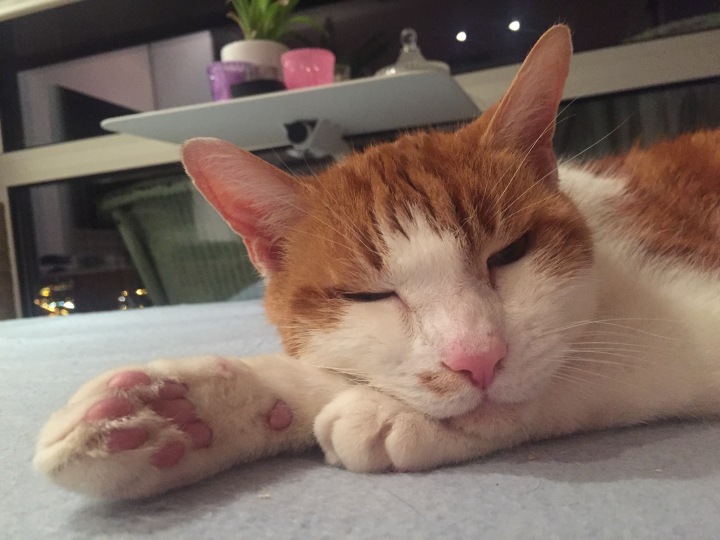 Anyways, since the last catch up…

There’s an tiny, tiny glimmer of Spring. The light’s beginning to change and the best bit, it gets dark dark at 7pm. That’s been making a huge difference fighting winter blues. I can’t wait until getting back and it’s still light. But there’s still 6 weeks to go until spring and winter ain’t giving up so easily. Last week it was windy, sunny and mild, this week’s cold and windy with rain reserved for last weekend. Friday I cycled back in drizzle only to get in just before it really chucked it down with thunder and lightening. The weather was kind at the weekend as it only rained during the night on Saturday.

Playing out ’til last light, Friday

Last Friday was a one off public holiday just for Catalunya. Something to do with the government making it only one of the few long weekends this year. Unlike in the UK, if a public holiday falls during the week, it’s added to the following Monday, in most European counties (only speaking for Spain and France) if it falls in the week, that’s the day off. It’s great during the week, but if the holiday falls on a weekend, tough luck. I’d seen a few shop notices saying they’d be closed on the 12th, but couldn’t find anything online (in English, I had to ask in the bakers if they were open and why it was a day off! When I looked online in Spanish, I found my answers. duh) and ended up switching around my weekend. I had wanted to go to La Maquista shopping centre Friday so I’d have my weekend free to continue sorting out with KonMari Method. The arts and crafts cupboard which I eventually started Sunday. It’s going to take a few days to get through all this. It doesn’t look much until you open up those boxes. No guesses as to my plans this weekend! 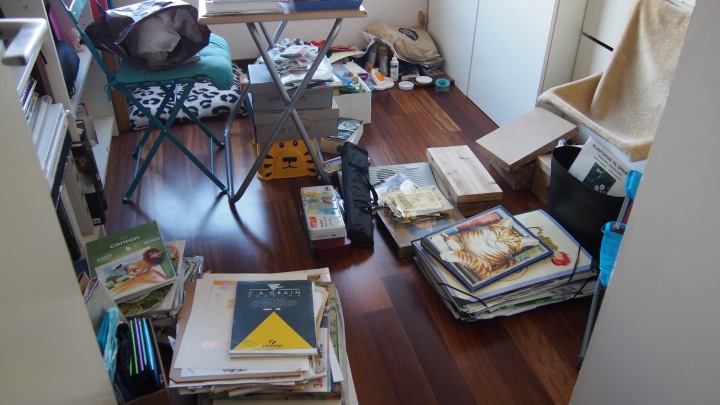 Sunday 15km run up the coast with a rare tail wind coming back. I was so looking forward to being pushed back, but sods law, while I felt the wind more going than coming back! Sadly I missed the zoo. They closed the gates earlier than 5pm, so I didn’t get to say Hello to the Hill Myna. He’s now saying hello with a little prompting. We’re working on Bye and I’d like to teach him/her new greetings. Ideas welcome! 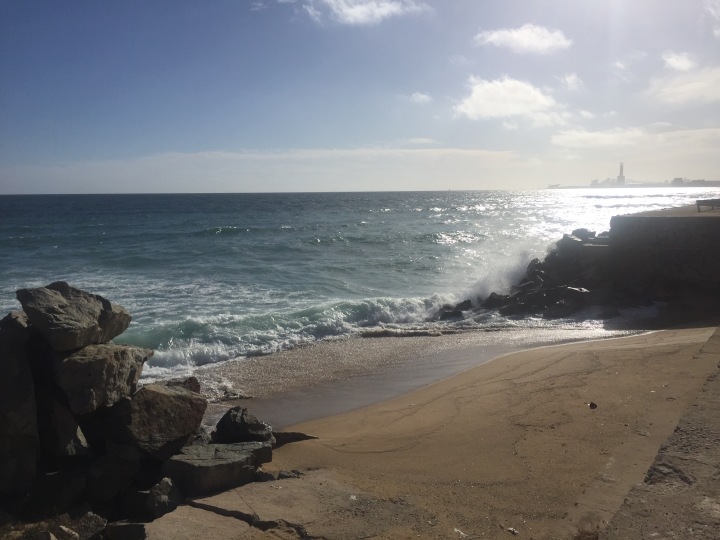 Monday the gym was chocka block thanks to the refurbishment works going on. I asked my client if she’d be okay training on the beach. I didn’t have to ask twice! She’s requested more workouts outside until it’s too hot, the beach too crowded and the gym renovations completed. I’m hoping this way I can get a few more clients. Business is slow at the moment, but if I will night nap, I reap what I sow. Lazy bones!

Keeping warm cycling. Baseball cap and hood. The cap keeps the hood in place, the hood keep my hair from getting dried out in the wind. The cap also avoids extreme wind swept hair that looks mess. Please excuse the geeky grin. And the fact I was posing in the lift mirror. No shame.

Tuesday and Wednesday were a blur. Gym, grocery shopping and realising that when I shop in the centre I visit the Asian shops (and obviously Zara Home, Sephora, H&M’s along the way! I rarely shop in the centre now for clothes. Instead I rely on the 2 malls/shopping centres close by. It’s amazing how lifestyles change.) Miin and Missha to inhale beauty products and then the 2 Asian supermarkets for coconut water, peanut butter, green tea and kombucha. Of course there’s been the gym and beach runs. Ironically thanks to the gym renovations I’ve found a spot with enough space to workout in without people passing by on top of me. It won’t last long, so I’m enjoying it while I can. And I still get to see palm trees working out. Just! 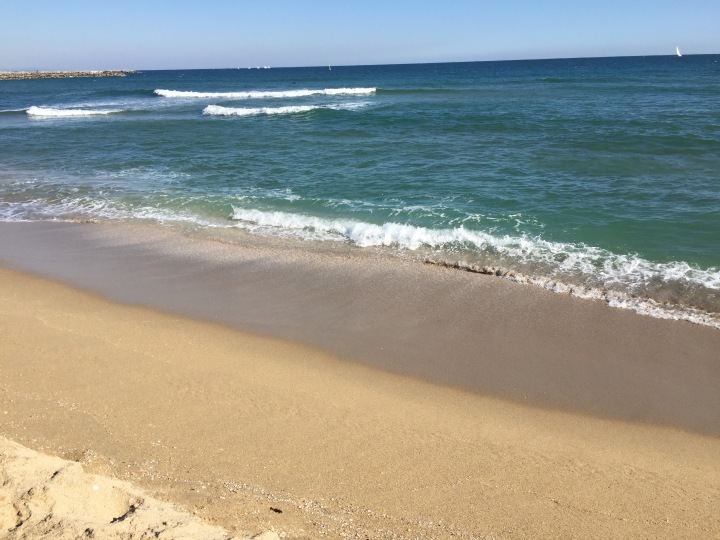 Train outside or in the nice comfort of air conditioning? I don’t think my gym’s air conditioning have ever worked. In the summer it’s only just a little cooler than outdoors, but I prefer it that way. Working out in an ice cold fridge. No thanks!

4 thoughts on “6 Weeks Until Spring”