Yep, it’s comes down to a Weekend Friday Favourites Catch Up Combo. This week’s flown by and I’m left scratching my head wondering what I’ve done this week. Very little as I’ve been consuming a little too much 5 minutes of my life I’m not going to get back aka YouTube. Which leaves me feeling irritable I haven’t been creative (I’ve included where I got this from in Internet Finds) or productive. But that’s a good thing. I get grouchy when I realise I’m watching little too much YouTube, Netflix or reading crap. Knowing where the time’s gone helps make changes.

My head feels something like this at the moment

I have however signed up for a 8hr indoor climbing introduction course starting in February! I’m super excited and equally as nervous! My upper body strength isn’t great on obstacle courses. Muscle ups have helped a great deal, it’s the upside down monkey bars, rope and anything other than regular monkey bar obstacles I’m weak on. Walls I’m okay, walls higher than arms length without supports, I need a boost. Plus it looks so much fun climbing! I’ll be kissing my nails goodbye and saying hi to callouses but hey. Can’t have everything. I can’t decide this year which Spartan Race to run when it comes near to Barcelona in October. I’d love to run both Super 13-15km and the Beast 21km again. I know my limits so running both in one weekend’s out. There are other Spartan Races throughout Spain, however it’s an expensive race to sign up for, then with transport, hotels it’s super expensive! There’s an Andorra weekend, however it’s getting there. Excuses, excuses. I love the challenge the Beast gave even though I’m not a long distance runner. I was out there for hours! The Super’s the perfect distance however I want more obstacles to sink my teeth into which the Beast gives.

Anyways, most of my favourites this week are sunrises and sunsets, hence it being a little catch up. I also haven’t been buying much this month which is a good thing…. Weekend Friday Favourites, things that have caught my eye or made me smile this week.

The days are getting longer! Woohoo! It gets dark around 6.10pm and I can’t tell you how much it makes me happy the days have more light. I can’t wait to get back and it’s still light. Getting back when it’s dark leaves me feeling like the days done and all I want to do is couch potato.

20th January was Penguin Awareness Day! I love these cute guys and in honour, a cute Humboldt penguin at Barcelona Zoo. As well as raising awareness to how cute penguins are, Penguin Awareness Days also highlights the how climate change is affecting these guys through diet, habit and population decline. Please use less plastic as most ends up in the seas and oceans and as penguins are higher up the food chain they pay a bigger price.

Okay, so I got this back in the summer in The Tea Shop’s Smooteas collection. Teas based on popular smoothies and it’s taken until now for me to dig them out and use them. So far, Berry Field’s a favourite and I’m probably going to get a full sized bag I like it so much now it’s no longer a limited edition. It’s base is loose black tea though you can hardly taste it thanks to all the dried berries, apples and beets. It’s way nicer and more refreshing than other red berry herbal teas I’ve had and I can get 2 good cups of tea from one measure of tea leaves.

These 2 have been keeping me on my toes. Can someone please explain why on days I change their litter tray completely one of them likes to pee or miss aim outside the box?

I’ve found a cheaper replacement for Tarte’s Sweatproof mascara! I’ve yet to see if it’s 100% waterproof, that’s in the summer cooling off in the sea. HIIT workouts this stays put and doesn’t smudge, budge or move! I don’t even have to touch up much afterwards it still looks fresh. More importantly it’s cruelty free and gives lashes some serious boost and length. Plus for a mascara it hasn’t got too many nasty ingredients in. It has a few PEG’s however they’re not too high up the ingredient list. I’ve always said with makeup it’s hard to find cleaner products, especially here in Spain where it’s chance with customs makeup slips through if ordering outside the EU. Not all Sephora Espana stores stock it, I’ve only seen it in El Triangle, Barcelona. It’s fairly cheap in Sephora ES compared to Marc Jacobs, Urban Decay etc at €18. The only cons are it dries quite quickly to apply an even 2nd coat without clumping at times and you have to make sure the base of the wand isn’t gunked up causing clumps. I recommend having an eyelash comb close by. My favourite’s by Tweezerman. 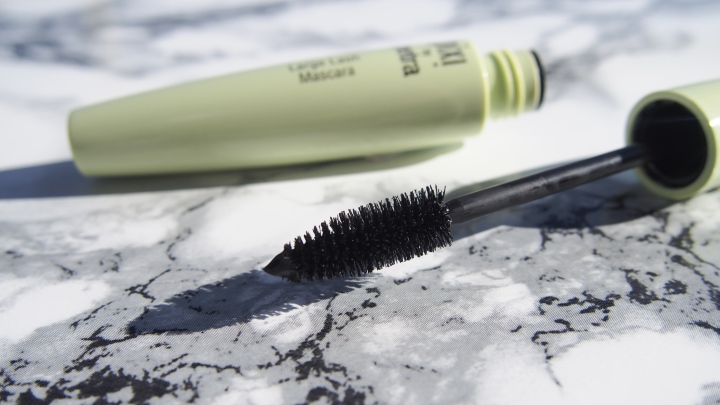 I brought back a favourite what is she doing now slides move this week, plank slides drags! With slides or paper towels, cloths, paper plates on hardwood floors or paper plates on carpet under toes in a plank position start to walk forward maintaining a plank position with good posture. It’s very much like wheelbarrow races back in primary school where one person held your legs as you walked forward on your hands. Except this is more intense holding a plank! It really targets arms, shoulders, delts and core. I usually walk forward for 10 steps due to space, 1 step is 1 rep then the fun part, pushing myself back to the start line! 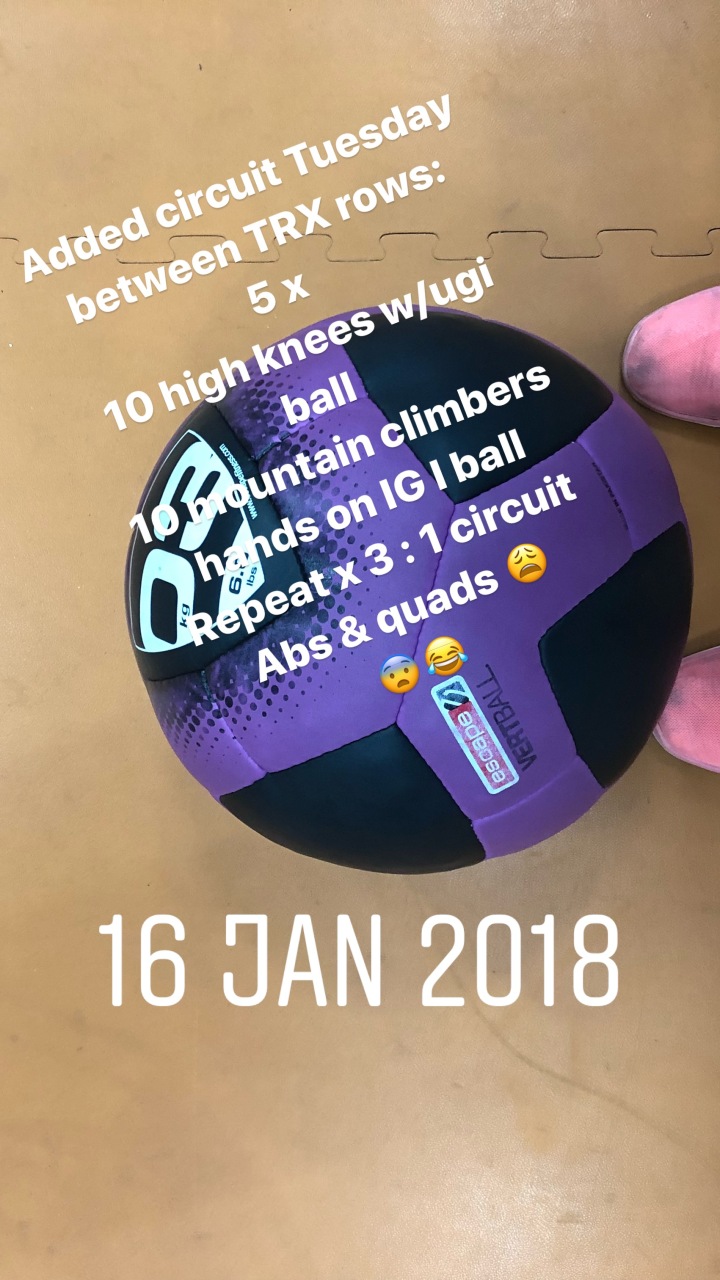 I included these as an extra in-between TRX rows. Why? I wanted to try it out. 2 types of high knees working quads and core. They can be done without or with an ugi ball. Basically it’s 10 high knees standing holding an ugi ball. 1 high knee’s 1 rep then jumping down into a plank with hands on the ugi ball for 10 mountain climbers. After 10 reps, again 1 rep’s 1 knee jump back up to stand and start again for 3 rounds. I included 5 rounds and I could definitely feel them in my quads and abs!

Sarah Jessica Parker wants Ellen to play Samantha in the ‘Sex and the City’ movie. Ellen, YouTube. SJP makes me laugh so much the way she tells stories. I don’t think I’m as crazy as her, but I’m sure people look at me like WTF lady in much the same way. And I could listen to her voice all day. Her accent!

New Zealand debate access to dead sea life footage. BBC News. New Zealand’s debating whether the public should be shown what ends up in commercial fishing by catch: sea birds, dolphins, penguins and sea lions. They get caught up in nets, die and are thrown back dead into the sea. I think the public should be made aware of where their food comes from and implications involved.

The man risking his life to save pink dolphins. BBC News

Child bride to wrestling star. BBC News. I had tears of you go get ‘em girl!

Baleares prohibira las capsulas de cafe no reciclables en 2020. El Pais. Google translate for English! In a nutshell the Balearic Islands are hoping to ban from 2020 non recyclable coffee capsules, disposable plastic cutlery and cups, plastic straws, plastic ear buds, wet wipes and other single use plastic items as they’re fed up of plastic waste washing up on their beaches.

UK bans microbeads to protect the Earth’s Oceans. Care2. This is great news!

Animals are shrinking and freezing to death in a changing Artic. Nat Geo

How to create more and consume less (more productivity, less potato). Rowena Tsai, YouTube. It’s a little long, however she has some great points if you want to get creative or productive. Think where your time goes that could be put to better use, aka your phone. Put it down and you have blank time. Time for creativity and productivity!

What’s been making you smile this week or caught your eye? Please share in the comments below!