I’d thought it’ll be fun to do another why’s, how’s, wtf’s, random thoughts, observations (rants) and Google searches of late. Please feel free to add your own and try not to judge please. I can do stupid things.

Geese have teeth as I found photographing them this week.

I don’t know why, but recently I’m fascinated by tiny houses living off the grid on YouTube. I don’t think there’s anyway I could live in one and if I did it’ll only be for 1 due to the space. I think it’s the minimal fuss of possessions, being able to park almost where you like, how ingenious they are with space, energy and waste. Not all are clutter free, but most are.

Why do girls in the gym focus mostly on lower body and guys upper body? Or at least at my gym. Guys have the V upper body and spaghetti legs. Few girls I notice work upper body. Maybe if they did each others workouts, guys would have leg muscles and girls will realise they’re not going to bulk out unless they lift heavy and I when I mean heavy I mean less than 5 reps.

Is it too much work for guys to work legs at the gym?

It took about 2 months to get out all the mud out my sports bra from running Spartan Beast. That’s including one naughty washing machine wash and multiply hand washes. 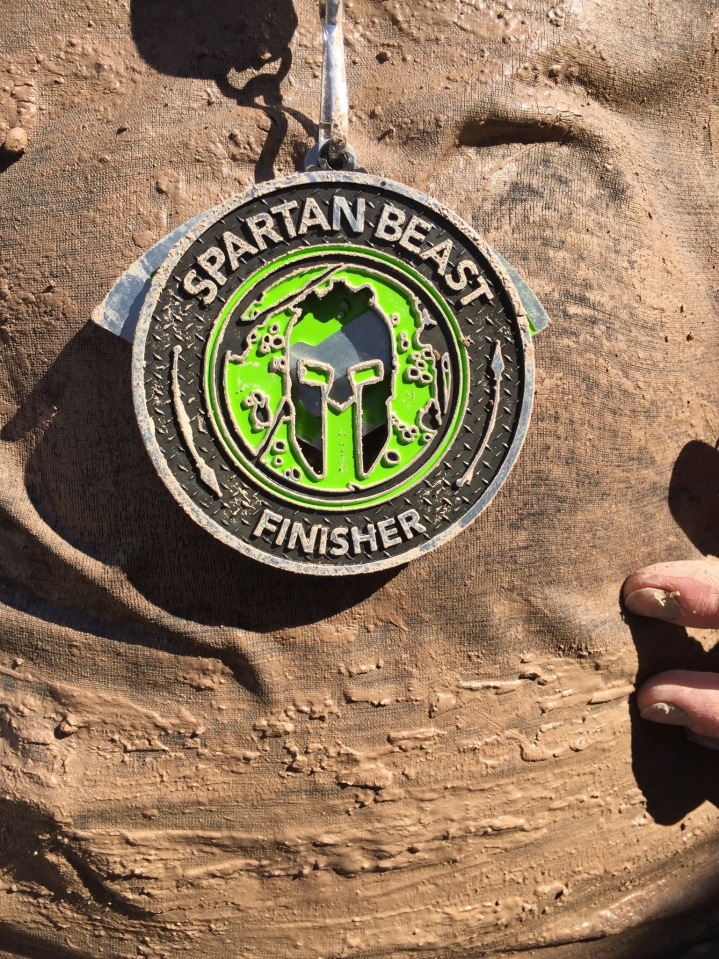 If people who don’t cover their mouth when they yawn, might, when they realise their attractiveness level just dropped to -1.

I was taught to cover my mouth with my hand when I cough (and yawn) yet I see so many people especially older women at my gym who don’t. More so when they’ve got a cold. Some then give a look of wanting sympathy for having a cold. Maybe if you cover your mouth coughing I might have some.

Google is like our Mums. I remember I used to ask my Mum for all the why does growing. Now I just ask Google.

Google knows more than my Mum (and is normally right).

People who abandon animals at shelters if the animal’s lucky (even more lucky if a no kill shelter) or dump them in a middle of nowhere. I can understand if financial situations change, But to dump it just because or in the middle of nowhere I don’t get how anyone could do that.

I don’t understand people who abuse animals or those without a voice. Is the the power trip they like?

People who leave MacDonald’s takeaway wrappers and beer cans on the beach and any litter for that matter on the beach. There’s always a bin close by which takes a few steps. You have to walk off the beach or back to your car anyway so why can’t they make a stop off at the bin.

Natural or at home teeth whiteners don’t work. I’ve tried activated charcoal, whitening strips, nada. But if you have sweet tooth, only the dentist can work his magic.

I think Siri was invented for those who work all day on computers (geeks) without talking to anyone so they could have a conversation with someone so they won’t feel so lonely.

I think it’s healthier to try to remember passwords than have a system remember them for you. It keeps your brain active, young and if you’re not on your keychain cloud and need a password, are you going to remember df09238234dj-iun?

I had to Google how to add another photo in Instagram’s Insta Photos.

I no longer look right then left crossing a road. I look left then right, then keep looking both ways as I’m crossing. Even if I’m looking my phone.

It would be nice if people could do that with bike lanes rather than just step out them. Or if they do look, pause so cyclist can cycle past rather than dismiss us stepping out.

I like it when people can’t guess my nationality. At the post office last week I let the post worker go through nearly every West European nationality, French, German, Dutch, Belgium, Danish, Swiss, Swedish and English speaking countries, America, Australia, Canada until I put him out his guessing game, British. I can be mean.

I got my hands slapped for not wearing my retainers enough. 10 hours a day otherwise teeth have memory and will move. My fault, with night naps and not wearing them enough. Thankfully my ‘new’ ones are clear plastic and not visible so I can wear them out.

I don’t think I should have done an apple cider vinegar hair rinse today after all the treatment my hair got last week at the hairdressers.

If you want to catch a house cat in the winter for a snuggle, set up blankets and you’ll catch one. Cats love blankets.

Everybody knows cats like boxes, catnip, but why do they have to sit on items left out on the floor like coats, bags, yoga mats and books?

When you have cats, nothing is yours.

This past winter I’ve forgotten my gym towel a few times and ended up having to use my scarf if I wanted to workout. My gym doesn’t provide towels and has the rule, no towel no gym use. It was washed immediately afterwards.

What random thoughts and observations have you asked yourself recently?