Intermittent Weekend Friday Favourites is back! Consistent posting just isn’t happening at the moment. I’ve upped my climbing classes until June, however I’m spending as many five minutes as I can writing posts. I read a great quote in Instyle USA Magazine earlier this year from Li Bingbing. A Chinese proverb goes a little like this: Time is like water in a sponge. You can always find time if you squeeze hard enough. 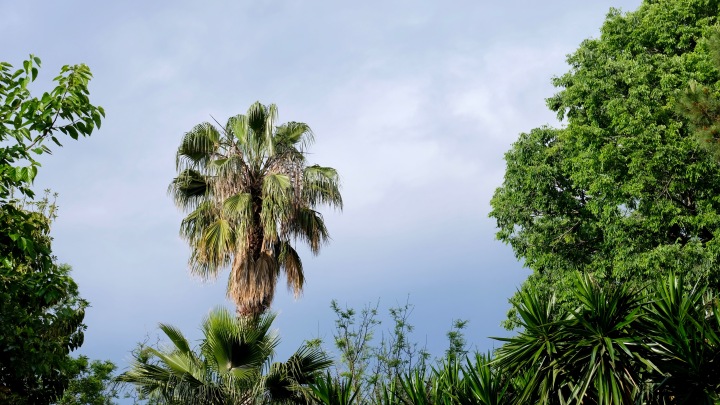 Warm May temps have been moody chill May temps.

Anyway, I hope you’re having a fun weekend and I’ll leave ya with Weekend Friday Favourites. Things that have made me smile or caught my eye recently. 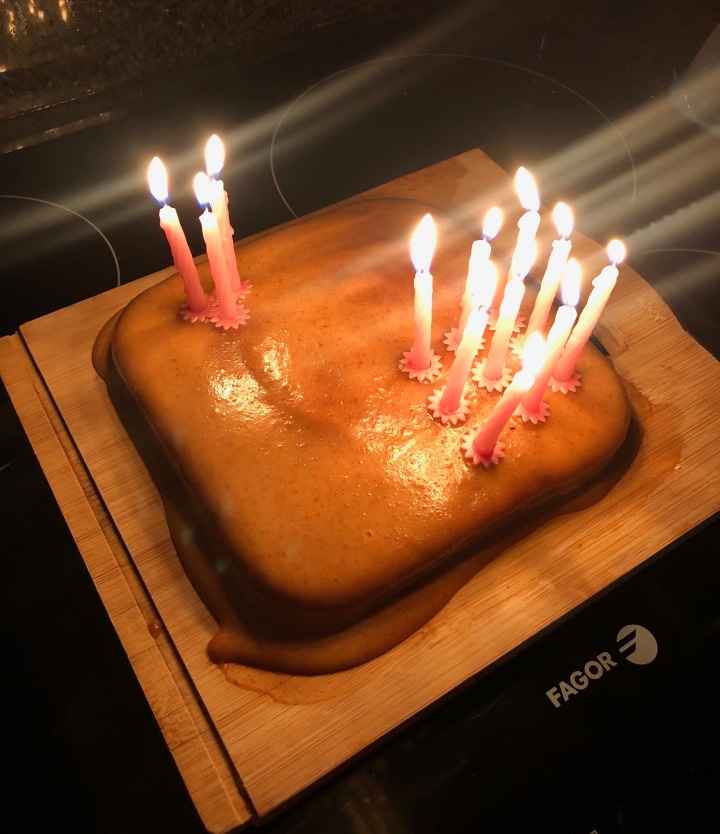 You’re never too old for birthday cake! P being the great chef he is for my birthday earlier this month baked me a delicious, yummy coconut and almond cake with peanut butter and coconut icing. Somehow it lasted a week, which I have no idea how as it was the bomb! 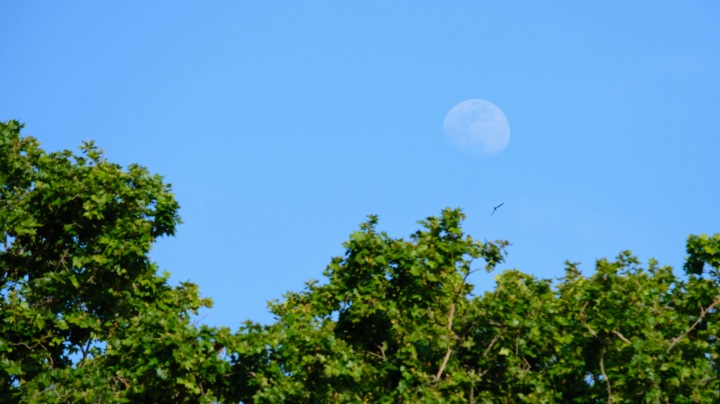 A Taurus blue moon! Taurus season is the best season! 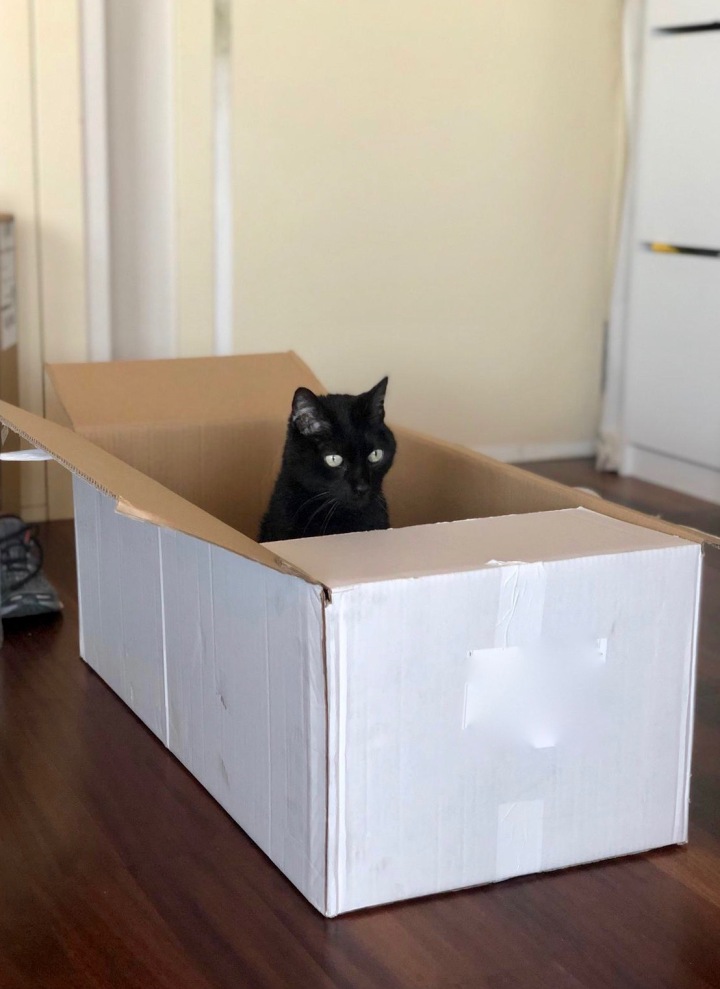 All boxes upon delivery have to be inspected. Every day this little boy makes me smile! 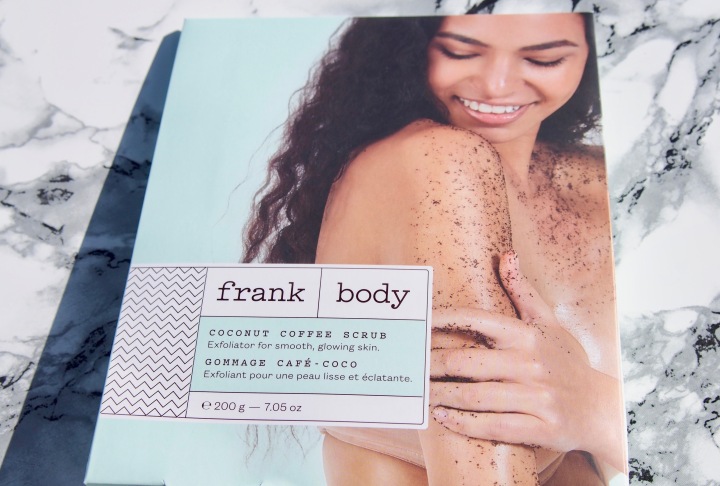 I’ve been using Frank Body Coffee Body Scrubs for nearly a year, however only recently have I started using them more than once a week. Exfoliating away dead skin cells helps keep skin healthy and help reduce spots, ingrown hairs etc. I started to develop I think keratosis pilaris on my calves from being in leggings with slightly higher temperatures. 2 weeks of twice weekly coffee scrubs it’s nearly all disappeared! I sometimes get similar bumps on my arms and I know this helps as does their face scrub which I sometimes use in a rush put on my arms only. The only thing I don’t like is the plastic packaging. I know make my own! Which I will when I use up my stash of Frank Body Scrubs. The trouble is they keep launching new scrubs! They’ve just launched a new haircare range. Help! All their scrubs and most of their products are vegan, cruelty free, natural and for what they are bar the scrubs reasonably mid range priced. They take a while to get through and so far, I prefer the exfoliation of the original but prefer the scent of the coffee coconut scrub. 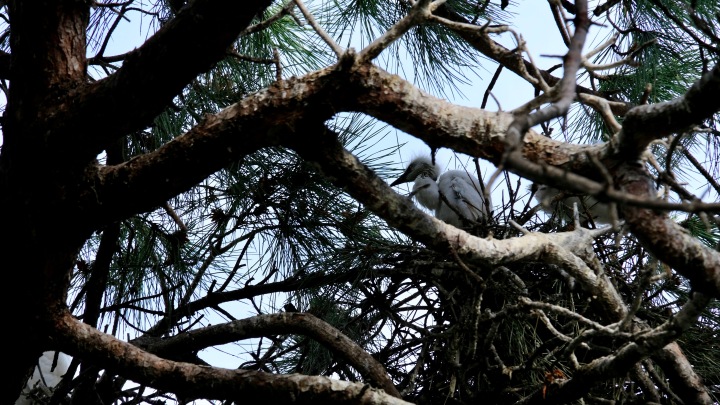 One recent zoo visit I heard extra chatter in the trees. A different pitch chatter which meant one thing. Chicks! The zoo has one the of largest urban heron and cattle egret colonies in the Europe (all there of their own free will. Barcelona Council has passed plans to change how the zoo works to an animalist zoo with select breeding with other animals to be housed to sanctuaries. If you’re interested this article from El Pais in English explains the new plans. It’s a pity as as far a zoos goes it’s a good one even if space is an issue. All animals are cared for, some have come from circuses, custom seizures as well as part of being endangered species breeding. I just want to ask those who passed the law if they eat meat and where that meat comes from). I was surprised by how small the nests are! 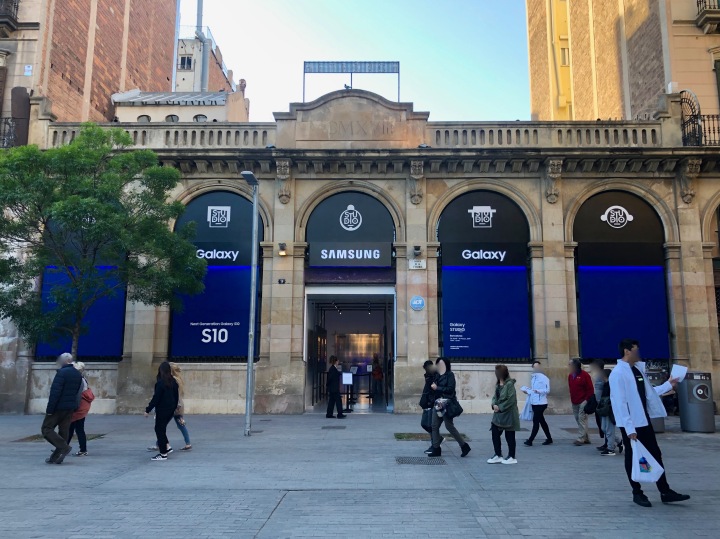 I mentioned in an earlier post the Metronom in El Borne has always fascinated me, as it’s hardly every used and hasn’t undergone redevelopment. Recently Samsung has took it over for I think their S10 mobile for 2 weeks.

I get a lot of workout ideas from Tanya Poppett on IG. She always has great bodyweight and minimal equipment workouts. This is a fun abs with full body focus move. Similar to breakdance abs except rather than twist, you pull through forward. Starting in a knees hoovering downward dog, move your right foot to the outside of your right hand. Then bring your left leg out in-between your hands kicking it forward. At the kick through hands phase lift left arm up as you would in breakdance abs. To return to start place left hand down as you sweep left leg back to hoovering downward dog bring the right leg back shortly afterwards. It’s a fun move to play with speed too. Speeding it up or slowing it down working balance, core, coordination with a little cardio if sped up.

Lizzo, Cuz I love You 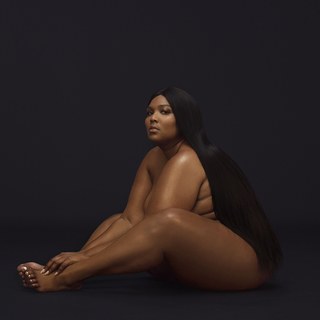 P introduced me to Lizzo this week. If you like Bruno Mars, Tina Turner back in the day, Prince and a bit of Missy Elliot mixed with pop, hip hop and don’t mind swearing check her out. Juice and Boys I haven’t been able to get out my head. Her videos are something else too. Great for running or working out too and she tells it like it is.

How a few words can make people hand over millions. BBC Future

Nature’s emergency: Where we are in five graphics. BBC News

What’s been making you smile recently? Please share in the comments below! Have a great week ahead!