Last week was some what all over the place and I’ll confess I didn’t always know what day it was. Monday was a holiday which put my routine out of whack slightly and I’m happy things are getting back to normal. There’s still one more celebration to go in Spain, Kings Day this Friday with things returning to normal next week. I own’t lie, I’ll miss the quiet main road outside. It’s been bliss the past 2 weeks of no honking horns, morning or afternoon rush hour traffic. Christmas Day and New Years Day it was as quiet as country roads. Pure bliss.

Friday I made the zoo to wish the residents a Happy New Year. One of the otters was out playing in making it extra special. They’re usually hiding somewhere and I haven’t seen them play and chirp in the afternoons in ages. And the light. It’s nearly 2 weeks since the shortest first day of winter and there’s already a noticeable different in daylight. The sun sets around 17.30 and it gets dark dark around 18.00. Summer’s coming! 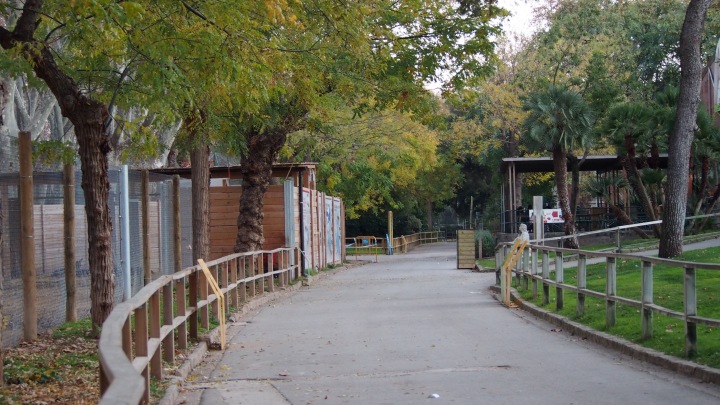 Saturday P went for a motorbike ride and I was happy to stay in continuing sorting out KonMari style, do a few Tone It Up workouts and go for bike ride. The sort out’s easier this time around. Last time was the first sort out following her method and this time a year later it’s a revised edit. I’m also taking part in Tone It Up’s Challenge 2017. A 6 week fitness challenge starting 2nd Jan to kick off the New Year. I’ll be including my own workouts as well as theirs however I’m looking forward to the meal guide and non fitness motivation (that I have!). When P’s not here my meals ain’t so good or rather I’m not so motivated in the kitchen. Like my out of whack sleep schedule the challenge is a good time to sort them both out. They released the workouts accompanying the challenge last week with guest star trainer Jillian Michaels and the ones I tried Saturday I loved. Especially roll back starfish jumps. The challenge’s completely free, the meal guide comes if you’re a member purchasing or like me purchased years ago the main Tone It Up nutrition plan. The premium workouts are extra and if a member you get discounts on the bundle accompanying the challenge. I’ve got my fingers crossed customs is nice to me with the bundle. 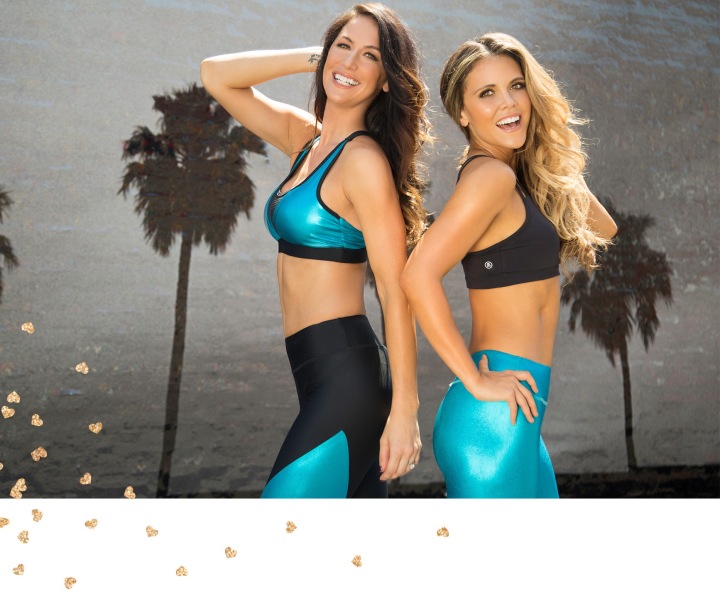 We had our grape game on ringing in the New Year. I’ve picked up the Spanish tradition of eating 12 grapes to the 12 strikes of midnight usually watching the countdown from Puerta de Sol on TV. 12 grapes for 12 months of good luck. No coughing on grape juice this year or being pushed in a crowd distracting us from eating them all before the last stroke of midnight.

1st run of the year vista

I missed the New Year sunrise and we hoped to go for a walk again in Parc Garraf or Montnegre i el Corredor but ended up going for a starlit walk along the Carretera de les Aigues overlooking the city. This is thanks to me running later than planned and chatting with my Mum. The mountains were freezing and though there was light pollution above the city, Mars, Venus and the Moon were lit up. The bike temps gage dipped to 5.5C along some parts (P took a wrong turning and we ended up high up near Tibidabo. I think he secretly wanted a ride full of mountain bends) and I was grateful I wore 2 paris of socks hiking. There was a light breeze that when we hit open parts of the path made it even more nippy. The dark and cold didn’t deter several runners and mountain bikers. Props to the guy cycling it on a fold up bike. I was slightly envious they had a path all to themselves and running in the mountains (though the path is pretty flat). 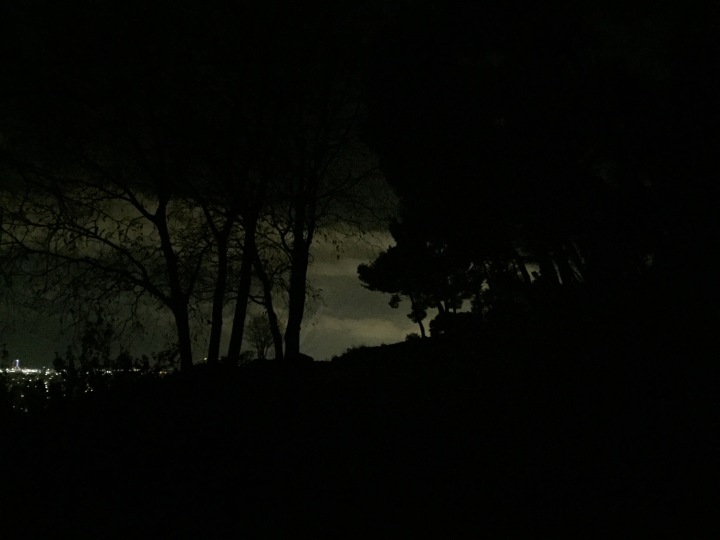 Excuse the poor quality, Mars, Venus and the Moon 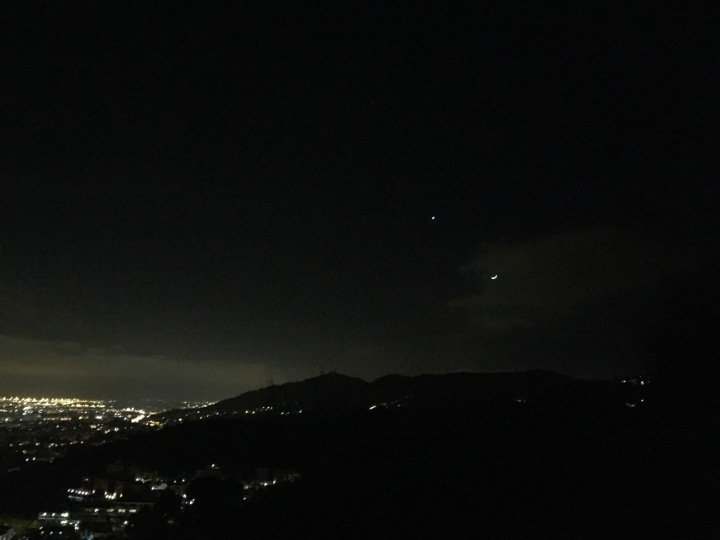 I could just stay awake for a cup of hot chocolate to warm up when we got back before being out like a light next AJ (the cat) hogging the blanket. Wanna catch a house cat in the winter, set up blankets.