Yep, I’m elved out. Apologies for my lack of posts lately. Blogging time’s been taken up with presents. I decided this year to make all my female family members and girlfriends presents this year. I had to wait until the last minute to make them so they’d be fresh. Then there was a day of wrapping presents, finishing cards, an hour at the post office sandwiched in-between the gym.

I’m not sure what made me want to make presents this year. I got an idea in my head and it grew from there. As none of them read my blog I can spill, I made lip scrubs. After being inspired to make my own earlier this year after watching Chriselle Lim’s 3 DIY Lip Scrubs For Winter ,the idea took off from there and of course eating my way through mini jam and honey pots. I’ll be sure to share the recipe soon!

I’ve missed blogging and it was frustrating not be able to post. Night naps took hold bad last week. I got myself into a cycle of being out like a light in the evenings after feeding the cats which lead to no dinner and as I’m still doing the same amount of running around during the day, my body goes in to shut down (sleep) if I don’t eat enough or properly. Even worse (my dinners maybe very early in the morning. I eat, just at weird times) a few nights I did the ultimate skincare sin, slept in my makeup. Nooooo!!!! The nights I did the next morning I exfoliated and did a clay mask. Wanna enlarge your pores, increase wrinkles and miss out on collagen production  sleep in your make up. It’s not called beauty sleep for nothing. At night our skin renewal does it’s collagen thing. It’s also meant my eyelids have been extra puffy (nice) and things don’t get done. I seriously need flood lights to stay up.

Spinning it half glass full, I’ve finished all the presents, wrapped them and they’re in the post. I spray painted a mirror that’s been on my to do list for eons, I DIY-ed my Buff Epic Run running outfit, I may have missed the zoo Wednesday but I found some cool shops I didn’t know about in a part of the centre I rarely visit. I may have missed a few dinners however I got some good nights sleep in. I also signed up for a photography course starting next month. Wait next year! It’s a basic beginners course but I’m looking forward to it. I have just enough time to restart DuoLingo for my Spanish and read up in photography terms in Spanish. I’m looking forward to the next few weeks to sort out the place, sleep routine, wash face as soon as feeding cats routine, avoid YouTube (replace with DuoLingo!) etc. The end of the year always kinda falls into a lull for me from being a kid when you had 2 weeks holiday or leave work  early as everywhere is so quite (maybe not retail). Here it drags on for an extra week as the Spanish celebrate the 6th January. It’s the same as the summer holidays. You still think you’ve got 6 weeks off when reality says you ain’t a kid anymore.

Anyways now my long winded excuse of why I haven’t blogged all week is done, I’ll leave you with some photos of the drama.

The sunrises have been pretty the past few weeks but I ain’t gonna lie, I’m looking forward to Thursday when the days start to get longer.

The weather’s finally cold. Or cold for here. It’s been nice feeling the chill on my ears and nose running and cycling! While I’ve acclimatised here my seasonal body clock from winter British days is content it’s cold. I love summer but I don’t like much the in-between warmish cold bit.

The moon and reverse sunsets have made up for the longer nights. 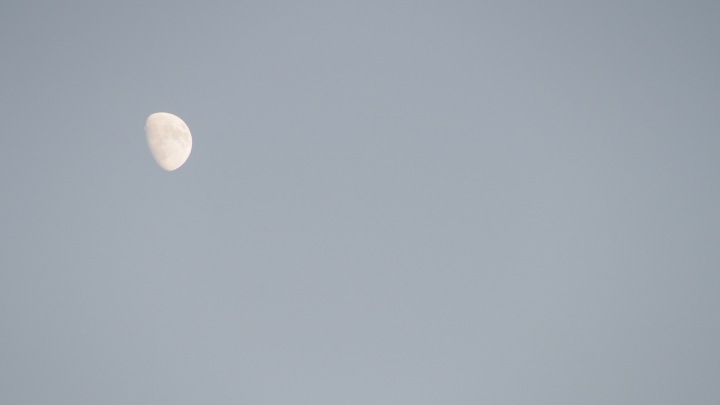 Yoga mats aren’t just for yoga. No fancy pants wrapping the year thanks to a combo of leaving it too late and that my family loves to rip presents open.

I ran out of tags and as it was the last self imposed day for posting everything I had to DIY them out of wrapping paper.

Tuesday’s workout was fun! Not featured are sliders and TRX. Every time I workout there’s always a move I want to try I didn’t plan. Tuesday I played with sliders plank dragging. With them under my  toes in a plank position I walked forward on my hands (like a wheelbarrow) ten ‘steps’ then slid back walking. Going forward really targets the abs, arms and shoulders! Rest is walking backwards!

And of course I’ve been to the zoo! 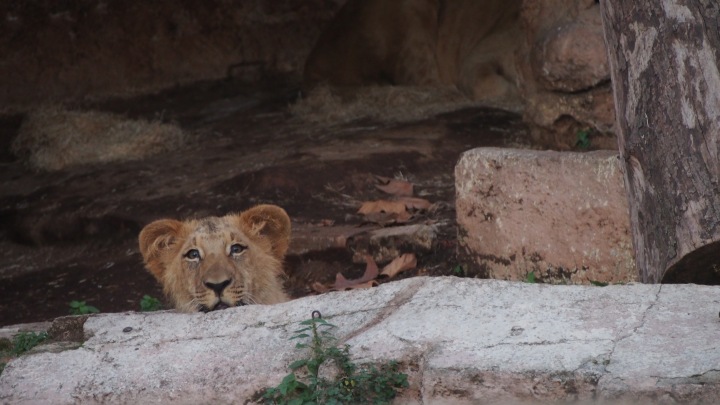 Where do you wrap presents? Table and chairs or where’s the most space, the floor?