Yesterday evening I virtually shopped until I dropped or rather had enough. One of my best friends is getting married and I need an outfit! Flights, car, accommodation were the easy bit. There’s a reason as I found out trying on the 5th different style of dress why I don’t wear dresses. I’m toying with trousers or smart shorts, but I can’t find a smart pair that aren’t covered in crazy patterns or aren’t so high waisted as is the fashion this season or feel they’re appropriate for a wedding. I have permission from the bride to wear them along with no white! I did find a skirt in Zara that I can work with several different styles of tops and it will be fun to dress up even for one day. There’s a few weeks to go and knowing me, I’ll be on the lookout for something else right up until the last minute. Up next is shoes. Fortunately I love sandal shopping!

I hope you’re having a great weekend. This week’s been a little crazy. I’ve picked up clients (yay!) and of course outfit hunting. Which is fun, because I get to try on clothes I wouldn’t normally! Anyways, Friday run view and this weeks Friday Favourites.

7km along and on the beaches and rocks. Concrete and tarmac are great to run on, but I like to vary terrain on my runs. If I see rocks, I’ll run on them!

The only place I’ve seen blossom is no surprise at the Zoo. One day I’d love to visit Japan during cherry blossom season.

Amongst being the Greek god/patron for travellers, liars, thieves, he was also the patron for dreams, invention, trade, literature, poets and athletics and sports. It is just a winged ring, but it caught my eye (from I AM) with my first thought being those winged trainers from Percy Jackson and the Lightening Thief!

A happy ending for Iris who was kept in virtual darkness and isolation for 16 years. She now gets to live out her days at Save the Chimps Sanctuary in Florida. 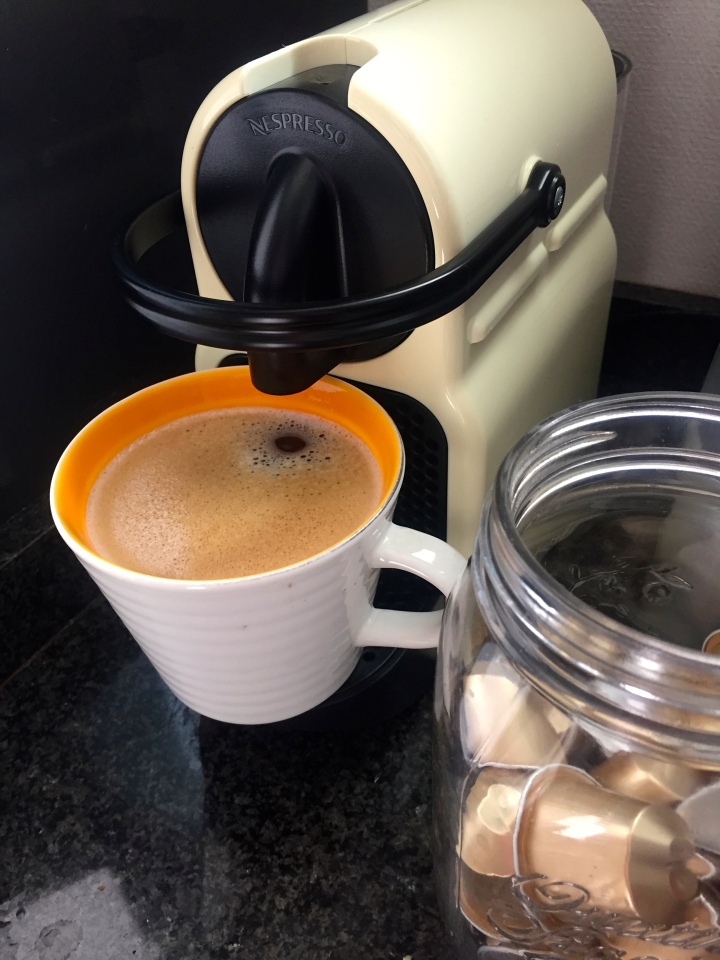 A much tinier machine compared to the ant filled old one and cuter! It’s a lot less noisy, a lot quicker and better energy saving. The empty pods I take to my local Media Markt where they have a Nespresso pod recycle point. I’m just happy to have nice coffee back. I can never get the amount right in cafeterias/French presses. 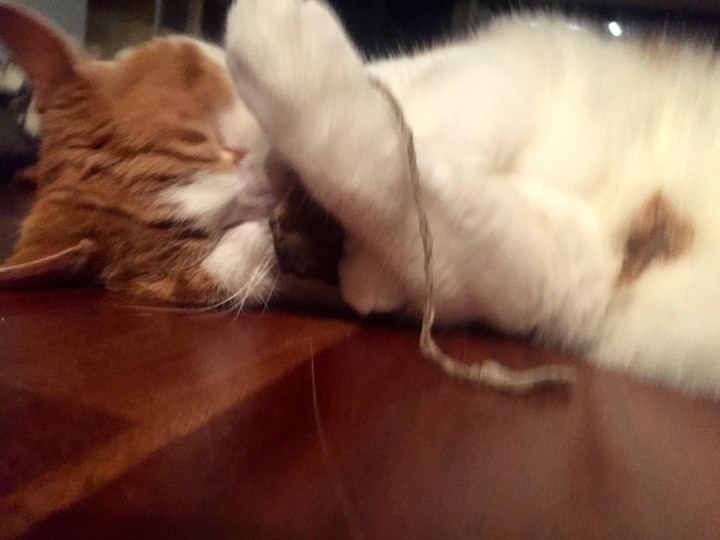 To say Mr Aj loves his catnip teabag is an understatement. I got it from Whittards when he was about 1 (he’s now nearly 13) and have been looking for a replacement for a few years now as it’s now kinda manky. It must be filled with some potent catnip as it’s the only thing he gets possessive about and spend 10 minutes or more playing with it, licking and covering in in slobber. 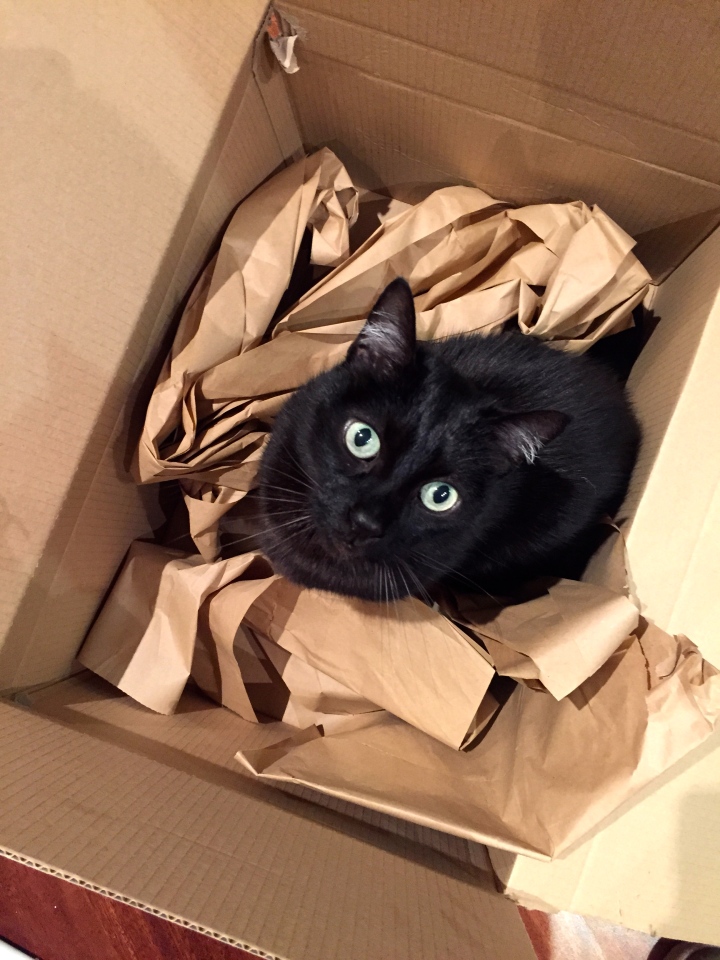 D loves to roll around in catnip, eat it and steal his brothers teabag. Or if the cupboards open, get out the catnip and play with it. He also loves playing in boxes filled with paper. 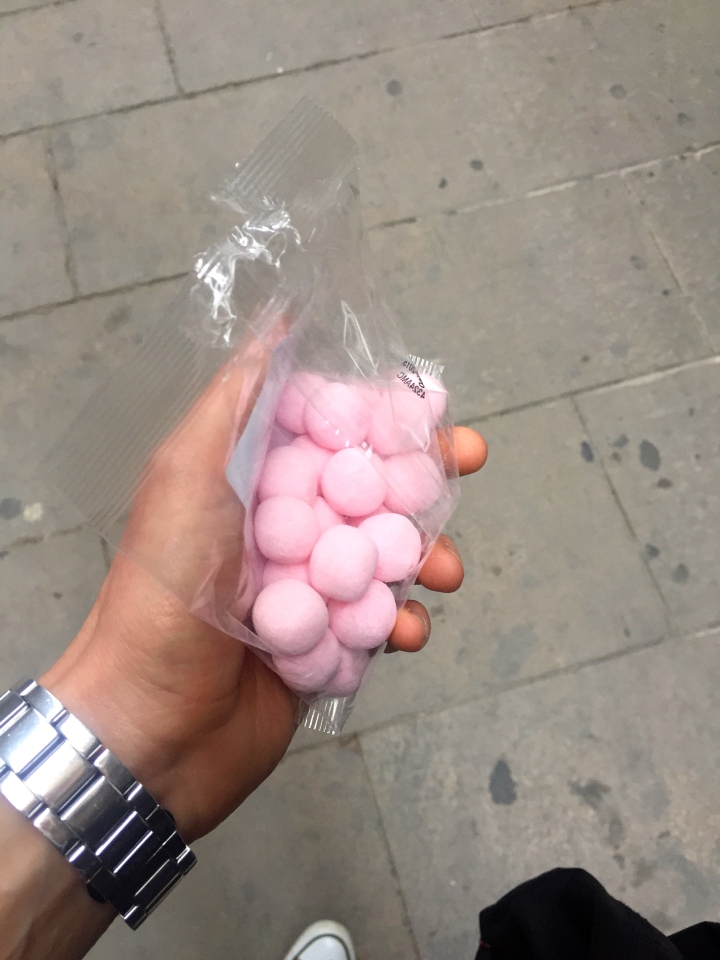 Tiger’s a shop that has everything you didn’t know you needed until you saw it. It’s great for gifts, crafts, stationery, toys, art, gadgets, kitchen and bathroom accessories. It also has as I discovered strawberry balls! I haven’t had these since I was a kid! Erm, I ate the whole packet. I have no self control with sweets and chocolate. They also had another childhood favourite aniseed twists, which I’m attempting to ration.

Great of burning off strawberry balls. One of the more underrated pieces of workout/gym equipment and one of my favourite pieces of workout equipment. It’s great of cardio, toning legs, arms, core, shoulders, total body. I like to use it as drills during circuits, 60 second bouts using different fancy footwork. And there’s no denying it makes one a hella of cool noise as it whips the air! 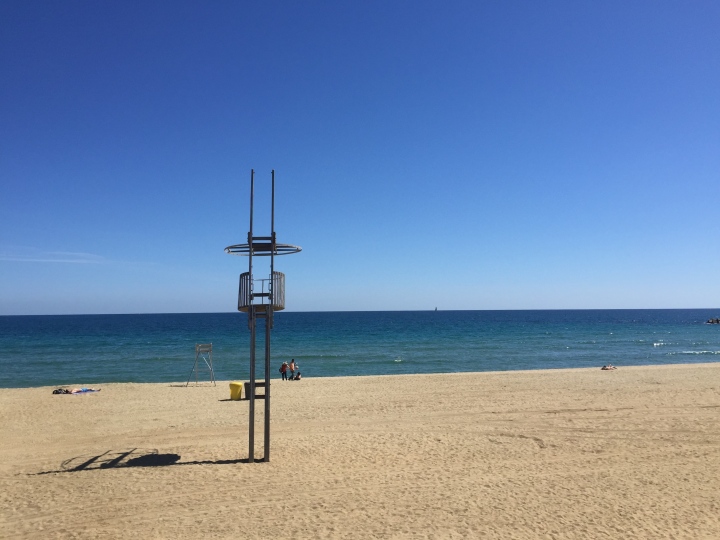 The days are getting longer, sunnier and warmer. Summer’s just a little way away!

Whats been making you smile this week? Do you have any weddings coming up? Is there cherry blossom where you are? Have a great weekend!