Has anyone got one of those robotic vacuum cleaner sweeper things that automatically clean floors, navigates obstacles, that cats occasionally like to sit on for a free ride across the room? If so, does it work? Does it with it’s roundness get in corners? If so, one would be a little slice of pie right about now. It would be one less chore to do. Does it empty itself too?

I hope you had a great weekend! I can’t believe how fast this year going. I only realised yesterday that in just under a month is my birthday. It’s a big one for me. It’s not a 0, it’s a 5, marking half a decade. This next 5 things start to go south so to speak. It’s also an eye opener, there’s so much I still want to do, see, and achieve but there so many everyday chores I get caught up in that bog me down. I know I can’t have my cake and eat it, but can the cake at least be a zesty lemon flavour while I attempt balance everything and achieve what I still want to achieve before my age on paper works against me? I feel there’s a world out there of adventures waiting. While Barcelona is my home, I still don’t feel like I belong, a feeling I’ve had all my life. Birthdays. Always a time for reflection. When you’re young you can’t want to grow up, when you’re all grown up, you don’t want to age! 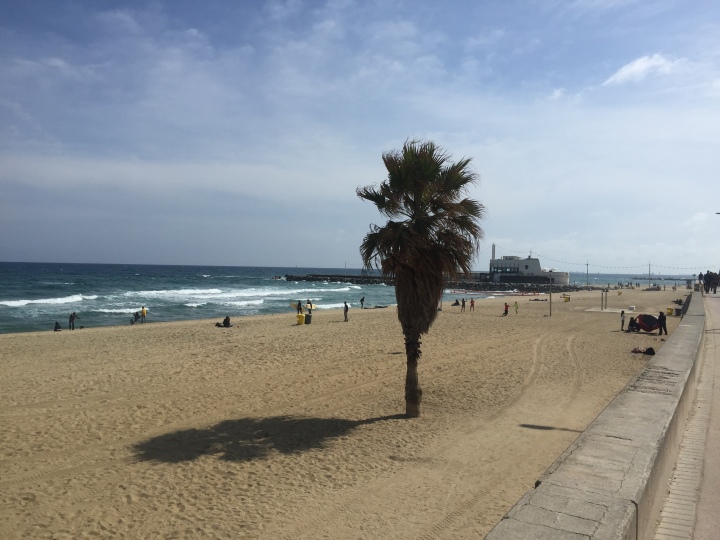 Mishap Nat made her appearance this weekend. Last Sunday running the park I dropped my iPhone while changing by the bike. Later I noticed a tiny crack in the bottom left corner of the screen. Saturday at the gym, while doing single leg bridges with one foot on a medicine ball I hear a crunch noise. Didn’t think anything of it. My phone was in it’s Spi belt (not matter how tight you tighten it it’s not for burpees or any kind of jumping) as usual. In the changing room, I take out the phone and its completely smashed. Cracked all around the home button and all up the screen like veins. I felt empty. I called P (the phone still works) to apologise knowing it’s an unwelcome expense this month. As always he’s cool about it which doesn’t make me feel any better! My early night for race day gone as I had to go to Apple and see the score. Earliest they can seem me, Wednesday. €109 to be fixed if the computer inside isn’t damaged. I asked how long it’ll take and I must have got the one assistant who detests people who harm Apple products; ‘ It depends on how many phones are to be fixed that day’. ‘Roughly? Wednesday’s busy, Thursday forget it. Just a rough time so I can schedule’. ‘It depends on how many phones are to be fixed that day. Pick an appointment time’.

Via Laitana cycling into the city centre. 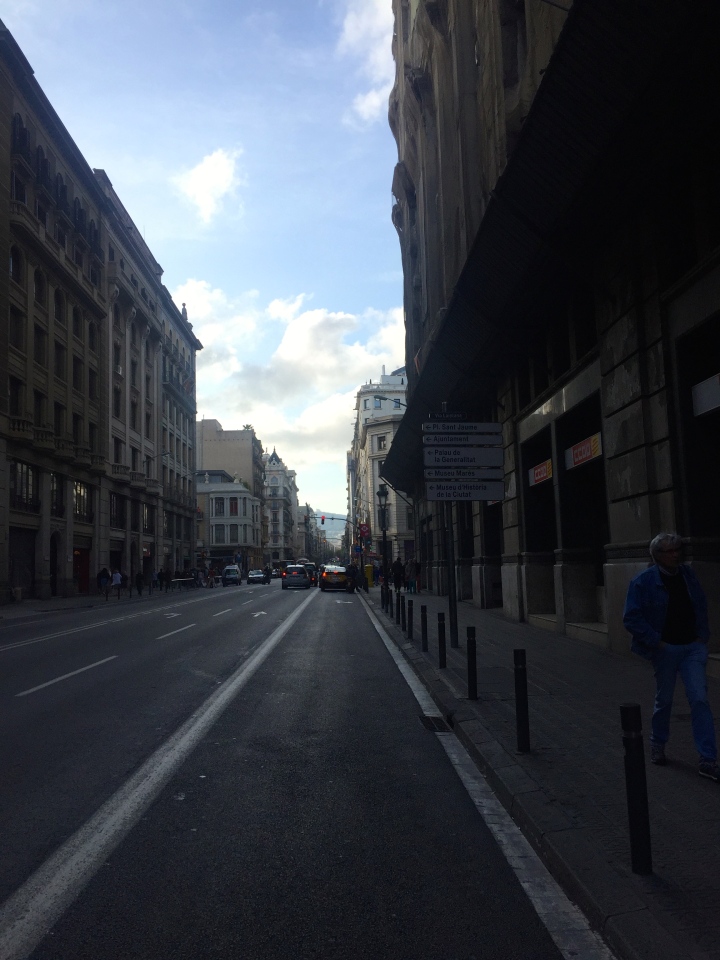 Race day Sunday. Spain’s only department store  El Corte Ingles 37th annual 10km run. Free registration. The best things in life are free. There’s also no such thing as free dinner. The race’s motto is ‘You Are First In The Race’. Everybody runs together regardless of your age or skill. If you had your own timing chip, you had the privilege of different start line and head start. Those like me who don’t, as soon you as hit the start line, you crashed into walkers (with walking poles!), teenagers pausing to start music, run trackers, find each other and bottle necked. It was a fun fight breaking free, jumping pavements, weaving in and out of parked motos, bins, others doing the same. The course snaked up and around Montjuic (the mountain home to the castle and palace) with one lap around the Olympic track (no photos during races!), so no 10km PB! Another highlight was at 3km passing a fire station and being hosed 😉 Any race that passes through the streets of Barcelona, you’re sure to be cheered on by standers which does help when you pass the 10km mark and remember it’s a 10.76km race!

Cycling to the 9.30am start line 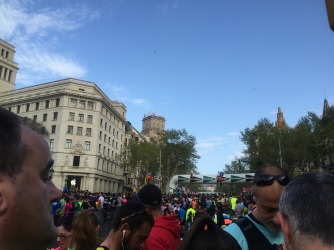 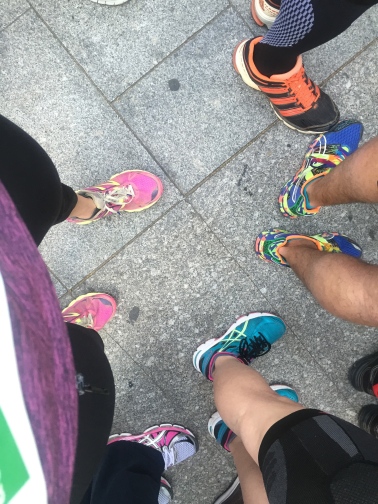 One reason why I was never scouted! 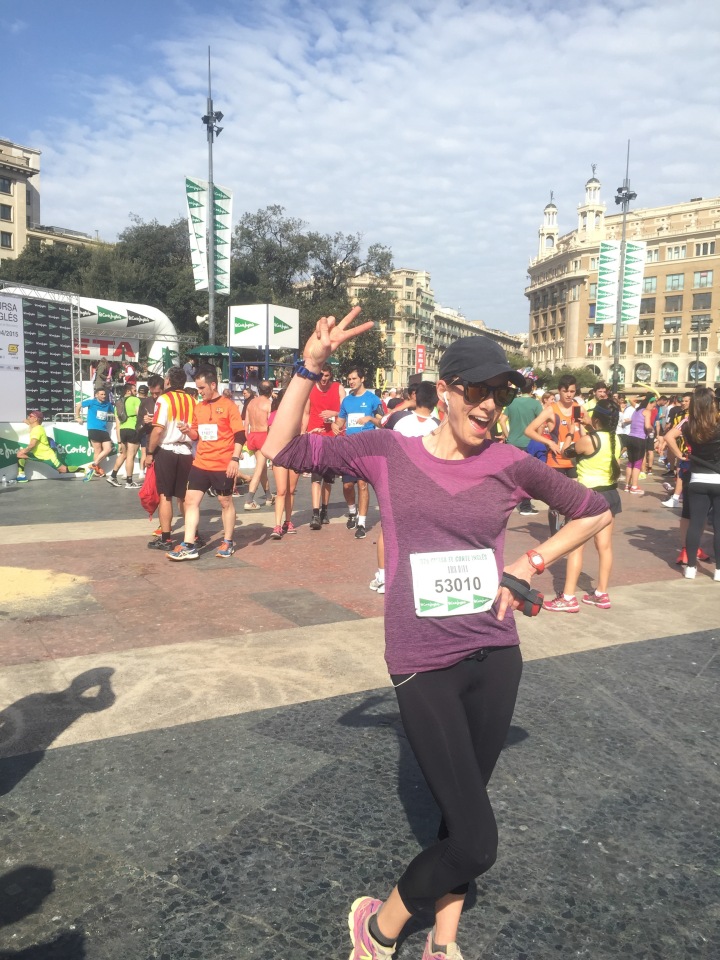 I won’t be running it next year as for me it was too badly organised. I’d packed my bag the night before only to realise in the shower that morning there was no mention of a bag cloakroom. Double checking the race info, confirmed this. I’d already planned to go to the gym afterwards to sunbathe so made a diversion on the way into drop off my bag. I’m glad I did as there wasn’t one. A lot of people were caught out and ran with rucksacks. One poor girl ran with her shoulder bag. Speaking with a gym receptionist afterwards who’s ran it a few times, said with this particular race, they’re never have a cloak room. Approx 10,000 runners, no cloak room, no toilets and it rates itself as one of the best in Europe. You live and learn!

Sunday afternoon after sun siestas, it was too much of a nice day to be stuck indoors. I caught up with chores, said I’ll do the rest later and missed the last entry for the zoo. Change of plan. The recently refurbished, Museu de Cultures Del Mon, which I’ve been meaning to visit for some time. Post to follow! 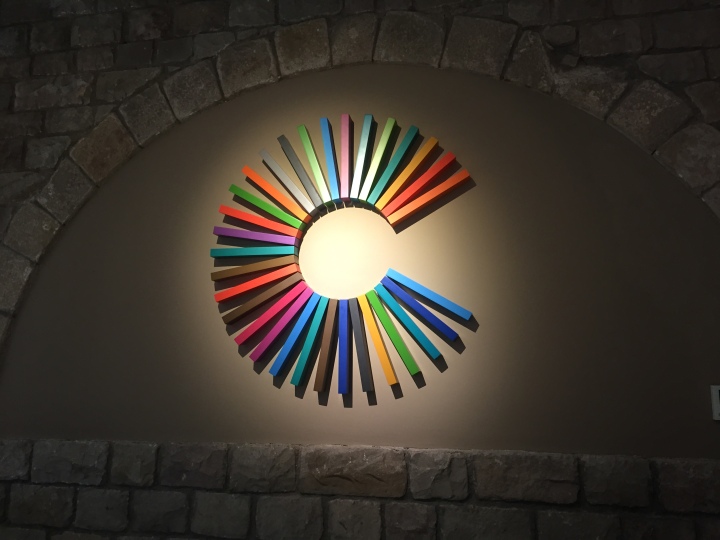 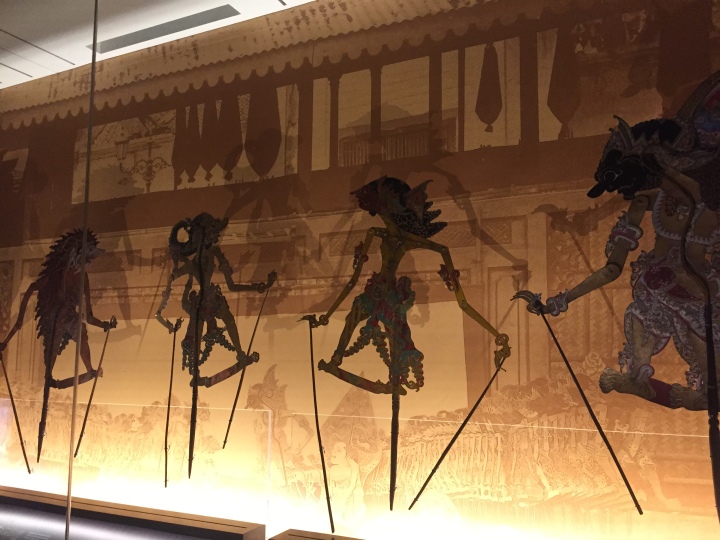 The weekend wasn’t a complete mishap. I got to run Montjuic, the 1992 Olympic track, see the early morning sun over sea, sunbathe and find a leopard print scarf I’d completely forgot I had in the back of my wardrobe. Sometimes it’s the little things that make the day.

What’s been the least organised race you’ve attended? Are birthdays a time of reflection or are you like my Dad, stop counting them and forget how old his children are?