I have confession. I’m a mean cat mama. For the past few weeks, both cats have been asking for more food in the evenings*. Both have a different manner of asking. Aj, mouths at me, gum flaps, makes little squeaks while sitting close staring intently. Diesel has the exact opposite approach. Paces, meows loudly and it’s not even a cat meow. I don’t think I’ve ever heard either of them meow. Diesel voice as much as I love him can grate when he’s really hangry: hungry and agitated. We bicker, he answers back. I swear if he spoke English, he’s be saying ‘Where’s my food ……!” After a trip to vets last Friday and permission to increase their food intake, I’ve come to the conclusion they understand Spanlish. I gave them extra that evening, they ask for more. I gave them more, they ask for more, like they know they’re allowed more. The third time of asking for extra, I gave them the open crunch/kibble/pienso bag to figure it out. I’m mean cat mama.

Got kiss myself I’m so pretty. AJ

*They get the extra food to keep the peace.

I hope you had a great weekend! I made no plans, which was just how I wanted it after a few weeks of running around. No Friday Favourites, little internet, lots of TV which kinda bit me in the bum Monday, but I felt somewhat refreshed from doing nothing. I felt like I had energy and refreshed energy to take it all on. Okay, some of it. Diesel sympathised with this weeks do list. 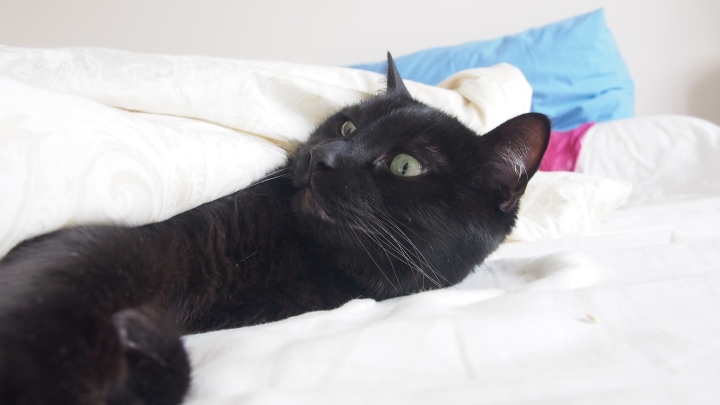 Saturday, just the gym, full burpees with a press up were easier this time. I still prefer them without a press up, but 30 full burpees are the forfeit for not doing a Spartan Race obstacle, so I’m making sure I can pull off an insane amount of burpees. Another Korean TV drama Netflix marathon in the evening. Genius idea, tv on demand, but serious will power is needed to switch it off sometimes.

Sunday, a bit bleary eyed from Netflix, morning run came an afternoon run. Opps. It was one of those runs where you want to run your thoughts out, drown them out until they’re nothing but about the run. I feel like there are some changes coming. Ones I want, ones that are needed and ones I perhaps don’t want but are necessary. Working past fears and doubts that I place in my way. It’s work in progress and every little fear or doubt passed, is a little accomplishment in itself and it’s not always that bad or scary! Rosa Parks go it right, “I have learned over the years, that when ones mind is made up this dimishes fear. Knowing what must be done does away with fear.”

12km up the coast. My longer runs recently have a faster pace than my short runs. Not sure what’s going on there. Longer runs are meant to be slower paced than short runs. Right?

Another thing I working on is not to be so materialist. It doesn’t do me any favours. I mean, we take what we need on holiday in a suitcase. If you’re into astrology, numerology and believe in it, I’m materialistic in nature. I’m not saying I believe in all that stuff but it’s fun to peek every now and them. I’ll leave my belief with that we’re and everything is made up stardust. I feel another sort out coming on. Does anyone else get itchy feet for sort outs? Most stuff we buy ends up in cupboards, drawers or sits there collecting dust. It’s nice to have things, but if you don’t look at it, appreciate it much or use it much, why buy it? Again it’s work in progress. I try to do a ‘Luther’ shopping. In the BBC detective drama, Luther, whenever he was at a crime scene, he kept his hands in his pockets. Less temptation to touch. I (try) apply that shopping. Hands in pockets or phone in hand. Or just don’t go in the shop!

The rest of Sunday was taken up with chores, planning workouts, bike ride and erm, another mini Netflix marathon. Just 2 more episodes to go, then it’s out my system. That is until the next drama I pick!

Parc Ciutadella. I took a short cut through the park to dodge the fair weather winter crowds and came across this building. The park has mishmash of building styles which anywhere else wouldn’t work. The beach was the only place I could escape the crowds. 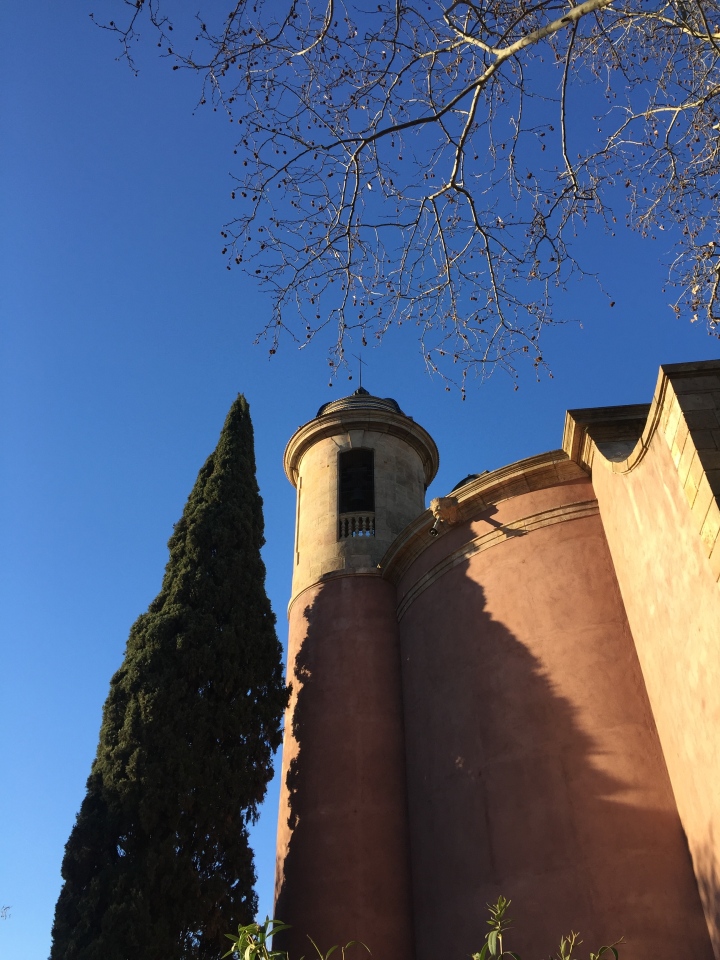 Hope you had a great weekend! Do you find fears place a stop to you want? Do you accept them or work at overcoming them? Netflix, good or bad?!