This past Saturday I ran the Buff Epic Run, an 8km untimed obstacle course around Montjuic. The theme every year is fun. Emphasis on fun. Costume’s encouraged! I went as minimalistic Black Widow. Some went all out with their costumes, others like me played it safe. Minimalistic safe so I could run. It’s amazing what you can do with some plastic plates, elastic, velcro and a glue gun. 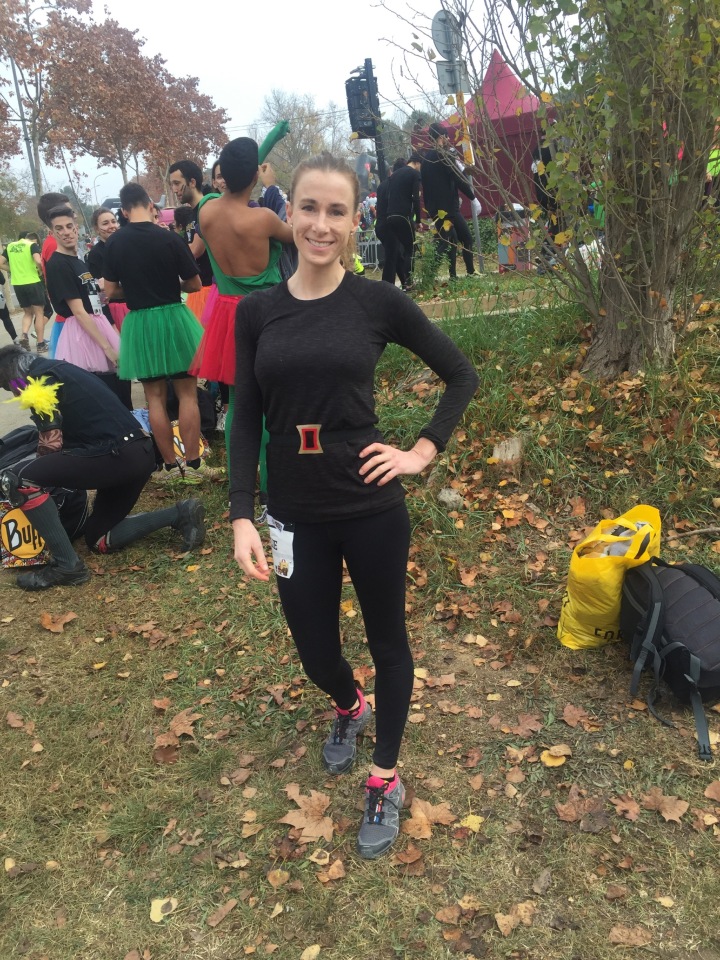 Friday, I picked up the race pack from near the start line on Montjuic, where Barcelona’s old castle, National Palace, Magic Fountain and Olympic Stadium’s located. On Montjuic as it’s the highest outcrop of the city overlooking the sea, (not including the mountains behind) so to say it’s hilly is kinda an understatement. Wanna run or cycle hills in the city, run Montjuic. No way was I cycling those hills again Saturday if I  was running late. Saturday I skipped them, parked my bike near the The Magic Fountain and took the short cut past the Palace and Olympic Stadium. I still got whipped by hills, the most of the obstacles were steep slopes and cycling there up Avinguda del Parallel it’s one long ever increasing slope. A 2km slope that you can’t coast down on the return journey!

I’d watched last years race video and with 3000+ runners leaving at once, there were some  epic bottlenecks. Those that went all out with their costumes were carrying props, dancing, in party mode, I really didn’t want to get stuck behind, so I made my way up through crowd until I found more minimalistic costume runners. I’m glad I made this move as the obstacles I was really looking forward to, climbing over hay bale walls, pyramids and old beer barrels, I didn’t have to wait for. The only bummer was that these were right at the end of the race. I wanted more! The only mud bath obstacle was a foot spa compared to Spartan. Mud after that race doesn’t faze me much now! Most the run I was playing tag with a group of French guys dressed up as nuns minidresses. It’s not fair they looked better in those minidresses than most girls. Just saying (and they sang most of the way!). I think I ran it just under an hour, I forgot to wear a watch and I’m not used to running hills, okay.

Foggy morning that turned in to bright sunshine! 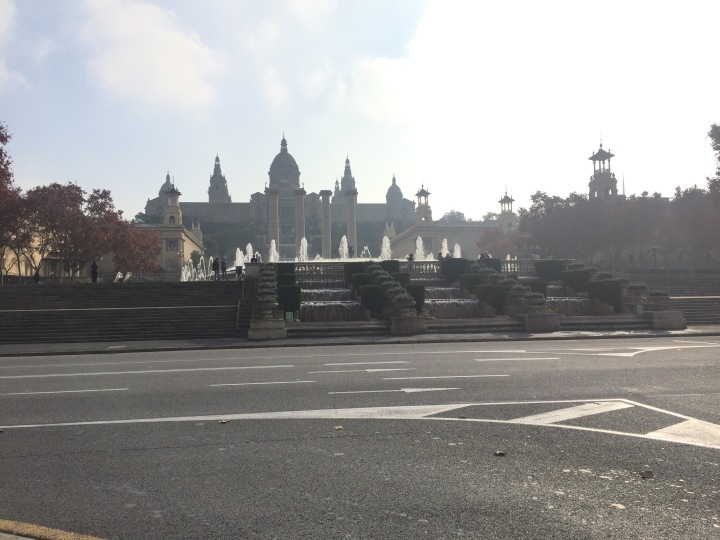 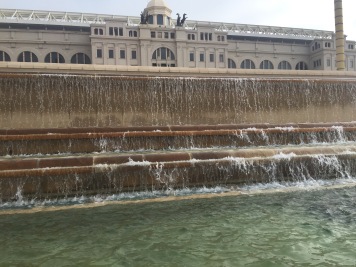 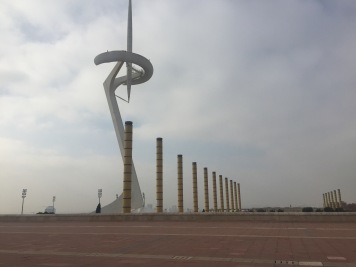 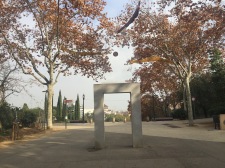 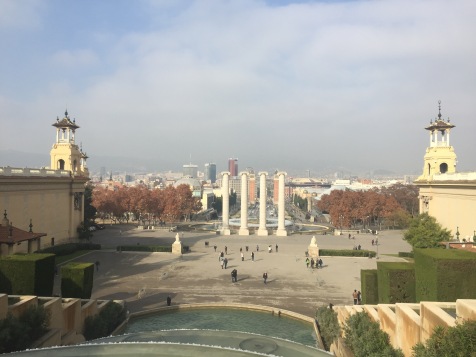 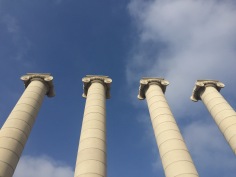 Sunday no run. I’d ran Friday, cycling to Montjuic twice in 2 days, I knew I had to take it easy. Instead a short Tone It Up HIIT routine and some much needed Yogaglo later. I haven’t been able to practice as much as I’ve wanted the last few weeks and my shoulders are feeling it. I tend to forget posture cycling and with rucksacks they tense up quite quickly if I don’t practice. I do a lot of TRX shoulder and back work to open them up, but I find yoga’s the best thing for keeping them happy.

Love hills or a love hate thing with them? Have a great week!