This week marks the first year back in Spain and thought it’ll be fun to do an observational what’s changed after a year back and 2.5 years away.

Short version how I ended up in Barcelona. An opportunity came up, I/we moved to Barcelona in 2005. Mostly me as P’s away 99% of the time. In 2011 moved France. I missed Barcelona too much, circumstances enabled to come back. I can be brief and straight to the point!

Some things never change. Catalans still want independence. That’ll never change! I immediately noticed more Catalan on return. More signs, make that all signs, menus, official business, everything is in Catalan. I’ve been told that if signs aren’t in Catalan, businesses can be fined. I think the Catalan government would prefer just two languages. Catalan and English.

More concerts, gigs, exhibitions, more ‘cool culture’. The city still keep its traditions alive, Castells or human towers, St Juan a night of fireworks and firecrackers marking the start of summer and the last of the long days. Festival Grec a July filled calendar of outdoor events, music, dance, Le Merce’s the city’s 4 day celebration of the Barcelona bigger and better and at the Kings Parade (the 3 Kings bring Christmas presents not Father Christmas) is bigger and better.

More multicultural. Aside from signs being the first thing I noticed, I also noticed more Asians. There’s always been a strong Chinese link and maybe due to crisis (recession) Spanish government I believe (should really check out my facts) if non EU members have 1/2 million euros to invest, I think visa’s are included. I hear more Russian and Eastern European languages and see more ladies in saris and hijabs, more African guys (thankfully in more work than selling fake designer bags you see in the summer). This could be a reflection of the flow of immigrants and asylum seekers from the Middle East’s Spring uprising and those searching for better futures. I live in a different part of the city I never really used to go when lived previously, so don’t know if this area always has been as always been more multicultural.

More tourists than ever! Particularly Asians and Russians. 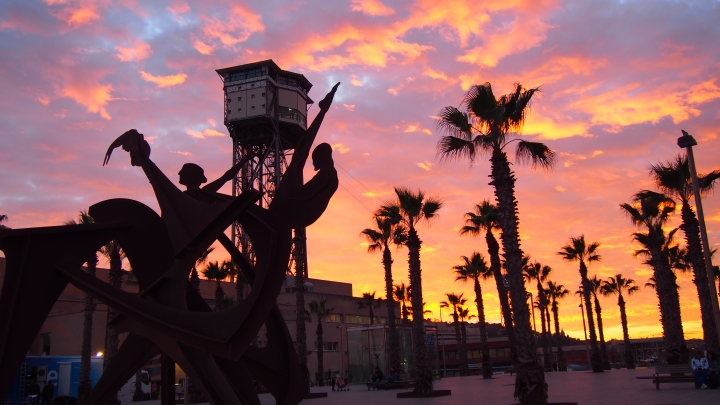 More Business. Barcelona’s always had a reputation the last 10 years for being innovative. In my time away, it’s expanded 10 fold! It’s more green (my building has solar heated water. However it only really works in the summer months). Recycling is easy. Virtually everything can be on the surface recycled. Whether when it departs its said bin, where it goes’s another thing. They also have a ‘waste to energy plant’ incinerating waste for elecricity. Organic recycle bins are all over the city. Barcelona’s embraced technology. There are spots of electric cars and motos, bicing a public bike share scheme, free wifi in most of the public spaces. New bars, ice cream parlours, juice bars, more language schools, always something new and it hosts the World Mobile Congress every year. Port Vell’s had a face lift. It’s always attracted super yachts for repair, though I believe they want to attacts more yachts to visit than just for dry dock repairs. I’ve also noticed a rise in trasto or scrap metal vans picking up cardboard boxes at the end of the day from shops etc. Always something happening. 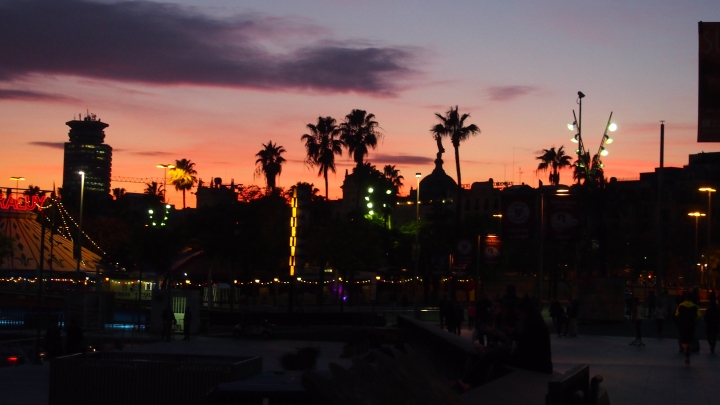 Refurbishments. The tourist and posh parts have have a face lifts. Rethinking for bike lanes, pedestrians and cars. More street cleaners in the tourist parts. Some parts are still dirty as ever! Most buildings facade’s need a good clean and scrub thanks the car exhaust fumes and other pollution.

Restaurants. More. More artisan burger places and new bars. I don’t sample the nightlife much, so can’t comment much here. There are more vegan restaurants, we’ve tried a few and lets just say, I prefer eating at home.

Larger bodies. Spain has a reputation as one to the most obsese countries in Europe. The UK isn’t far behind. I was shocked how bigger people had gotten in 2.5 years! It was a shock as the supermarkets are filled with fresh fruit and veg and every street has a green grocers.

Which brings me to food! Fresh fruit and veg’s still cheap! Spain grows much of Europe’s food. It’s cheaper as less transport costs. Thanks to the South American ties, more fruit, and those superfood foods which is cheaper than other parts of Europe, again thanks to transport. There are also more oraganic shops popping up and many major supermarkets have larger organic section than when I left. Previously there was only one chain of organic shops and they’re €€€. Oh and this year, Kale! I remember asking for it about 4 years ago and getting looked at odd in the markets.

Spanish high street shops still dominate. Zara, Berskha, Stradivaius, Mango, Oysho, Pull and Bear. In the city centre alone there’s 5 Zara’s and 5 H&M’s (Swedish) all within 5-10 minute walking distance of one another. There’s at least about 3-4 each of the other said shops within walking distance. Every shopping centre/mall has at least one of each. Independent boutiques, some have stayed, others come and go. El Corte Ingles is still Spains only department store.

Me. No longer feel like the country mouse visiting the city as I did every time I went to Nice. I feel however I’m turning into my Dad, seeking out quiet spots and crave time outside the city. But I’m happier here. There are more things to do. My Spanish still needs much improvement. I should learn Catalan, however Spanish is tough enough. Learning languages, me cuesta muchisimo! I still can’t for the life of me pronouce words like freezer, birthday, but I can’t pronounce certain words in English! Their English here is better than I remember. Some people I find can speak a language, others can speak and understand it. Catalans and Spanish fall in the latter. They also get a British sense of humour, but not sarcasim. That’s still wasted. Generally with me conversations are in Spanish. They say we can speak English as they want to show off their language skills. I say, no Spanish I need to practice. Often now, it’s all in Spanish up until I’m completely lost over things that go over my head in English anyway or if I switch off, not listening or I don’t know the area of words in Spanish. I do find which does annoy me many feel the need to repeat things 3 or 4, 5 times to make sure I understood. Yes, more often and not the 1st time if they’ve explained clearly both grammatically and spoken. Some Spanish accents I can’t understand, but then there are some British accents I can’t understand. 2nd time to clarify. 3rd, 4th, 5th, I got it the 1st/2nd time, gracias, adios, adieu. My Catalan, I can read it and understand 80%, understand more listening, but speaking, should take those free lessons the council provides if they still do.

I still feel at times an outsider, but I think that comes with living outside your motherland. Though I’m British and can live within reason anywhere in the EU, I’m am immigrant, ex pat, foreigner however you’d like to say it. Maybe I still see the city with different eyes being back. Maybe I’m slightly jaded, maybe I’m older. That said, when I visit the UK, I can’t relate and can’t wait to get back! Though I feel like an outsider, it takes work to be accepted. Once they knew I wasn’t just here just for a few months, it got easier. Places I used to go to, with the same faces were, ‘Hey, you’re back!’, nothing much changed. Other places took time. The bakery knows me now, I have my grandmas at the gyms who I talk to (that’s not changed!), all the different shops I go for coconut water, kombucha, peanut butter, dates, almonds, Sephora etc know me! It took a while to strike up interactions. I still have to explain that I know my way around and were to go etc as I lived here for 7 years. Yet I’m seen as a newbie due to time away. And that odd foreigner (is she French, German, English? They always want to know where I’m from) girl who can’t say freezer!

What changes do you notice in your area after you’ve been away for a while. So much can change, yet so much remains the same.

2 thoughts on “One Year Back”