First things first: Mr AJ won’t be needing an operation on his eye. The medicine has worked and we now have one sassy cat back. He’s still to finish the course of medicine but as far as he’s concerned he’s better. Medicine time is now a game of Catch That Cat.

His brother didn’t escape the vets either. Both had their annual rabies vaccinations with AJ using up all his UK passport rabies shots stamps and now travels under a French one. D currently holds a Catalan/Spanish one which many Catalans would love to get their hands on due to it being written in Catalan then Spanish (many Catalans would also love that Catalunya be an independent country). I sweat it’s like the movie Cats and Dogs around here! 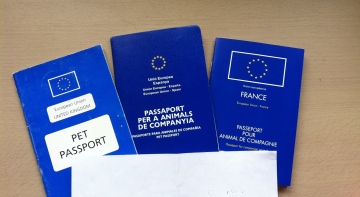 I’ve kept up my early morning starts. Thursday I had an early Osteopath appointment and if I wanted to get my workout fix, I had to do so before hand due to the 24 hour no exercise ban enforced afterwards. I had a good total body strength workout and just made it in time. I got good news. I have full permission for full speed ahead! Woo Hoo!

Walking back from the osteo, I came across a load of carnival clowns on their way into one of the primary schools. Everybody came outside to peek and all the kids were in the window full of smiles! 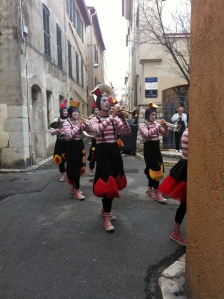 The moon that evening was bright, so bright it was the star of the sunset. Dawn the next morning was equally as magical. 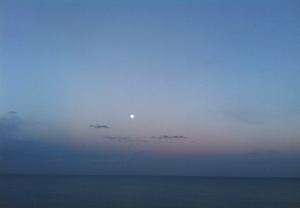 I must have had my dancing shoes on running Friday. I set off to do 6-7km and ended up running 10km. I was feeling strong and when the 6.5km mark came up I knew I had energy in the tank to push for 10km. I’m glad I did as I finally broke the 55 minute mark. It’s been a while since I’ve ran 10km under 55 minutes and I’m happy that I know I can get it down to 50-51 minute mark again with work and smart planning. 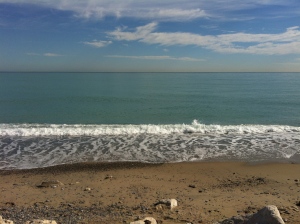 Paul had the day off and post run whipped up a batch of delicious chickpea flour pancakes. Chickpea flour, almond milk, flax meal, cinnamon and loads of maple syrup. We’ve been on a bit of a chickpea flour phase this week with socca pancakes. They didn’t quite work as a pizza base however on their own some with tomato ketchup are absolutely amazing. These pancakes were more sweet and a definitely a keeper! 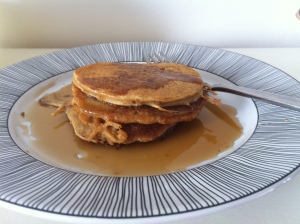 Valentines date was episode one of the second season of Netflix’s House of Cards. Just what are Frank and Claire hatching now?!

Have you ever tried socca? It’s absolutely delicious! Do you celebrate Carnival?!