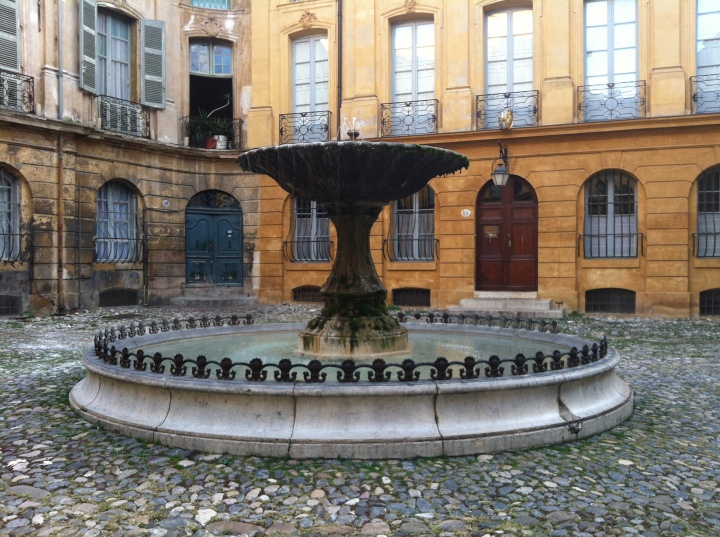 A few months ago I mentioned I’ll be paying for all the carefree summer day’s I was having. Well, payback’s started! Things are getting busy and my mind gets so crazy, the only way I can sort out the crazy is taking half and hour out for a bike ride or walk. My mind gets clearer and I get calmer! 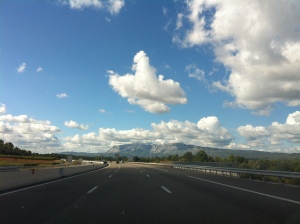 Saturday was rest day (well kinda, I snuck in a bike ride in the morning) and a mini road trip to Aix en Provence, a University city about 1 hour 45 minutes away. It the French version of Cambridge, minus the river. Instead there’s practically a fountain in every Square and it’s famous for Roman spas thanks to it’s thermal springs. We had fun exploring the main shopping area in the old town full of alleys and fountains. 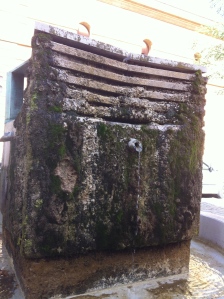 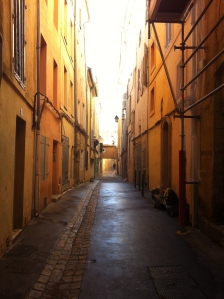 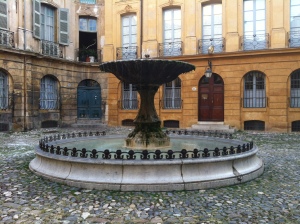 It was good to catch with friends on Sunday. We hadn’t seen each other for nearly two months even though we live just five minutes walking distance from each other! I was a little sad it was the last time I’d see Joe the cat. He’s off to Vietnam with his human dad before my friend goes back later this year. Her roommate isn’t looking forward to him going either! It was fun to catch up and will have to see more of each other before we go our various ways.

Sunday bike ride I definitely noticed the change in season and it’s officially jeans weather. I’ve got my eye on some biker boots alias, I’m still waiting for the insoles. I hope I can wear boots with them but for now, I can only look and not touch! 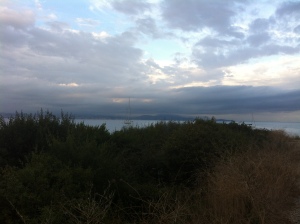 Spotted this on my ride: Dragon or fire hydrant?! 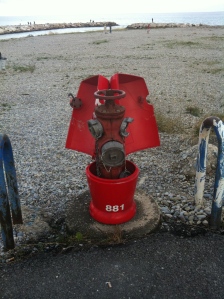 My ankle was feeling good, so we went for a 4km run. I’m sticking to 4km runs twice a week until I next see the Osteopath and if everything is okay take it up to 5km. I’m hoping I get the all clear to start plyometrics again soon. I kept the pace steady and to my surprise my average pace was 16 seconds faster than last time. I felt a lot stronger, especially the ankle and has no knee issues (though later that evening, the ankle let me know it had enough for the day). It felt great to work up a sweat for the first time in 6 weeks!

Post run refuel was a payback green juice: Orange, lemon, apple, celery, cucumber, ginger, chard and Chinese leaf/napa cabbage. Payback for a practical joke I played on my boyfriend…celery and cucumber are some of my least favourite vegetables and I took a big swig…urgh! I drank it all, not to waste it! 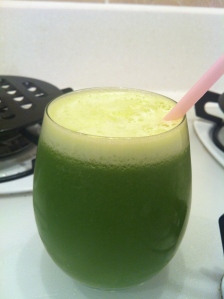 What’s your way to deal with things when it all gets a bit crazy?!