‘Allo! I hope you all had a great weekend!

There’s nothing like clearing the air and today was no exception. I woke ten minutes before a massive thunderstorm started. Within 30 seconds, I was drenched from winding up the awning that was madly flapping, while tripping over cats, knocked over balcony plants and chairs due to wind that came out of no where! The rain brought much needed coolness, but it’s back to hot already.

The coolness made it easier to give 110% to this mornings workout as I wasn’t contending with the humid heat. This mornings circuit was total body strength, 7 moves (10 reps) with 2, 30 sec cardio blasts, for 3 rounds. A lot easier than Saturdays workout, where I’d felt like I’d ran 10km in 30/90 plus degrees. As for my Sunday 10km run, I was up and out early as was the heat, so the pace was slow and steady. I’ll make up for these runs when it’s cooler in the Autumn. That said, I’m looking forward to this evening’s run as despite it being windy, it’s not so humid. 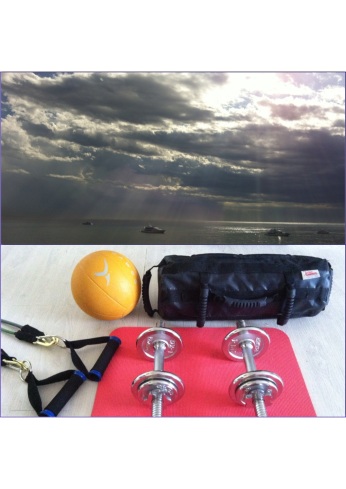 I faced a fear Sunday that made me proud. I’m not a strong swimmer (something I think most British aren’t) and I don’t like being out my depth and not being able to touch the bottom, even if it’s just my tippy toes. The sea was quite choppy yesterday and the waves were big. I was determined spend sometime playing them. So after 10 minutes of watching them, I went in. What was I worrying about?! We had a good 10 minutes of fun jumping waves! The lifeguards probably thought I was a little crazy as when we got there, a guy was lying face down at the waters edge like a body that’s rolled up from the sea. People around doing nothing and the water was just rolling over him. Why’s no one helping him?! I went to the lifeguards a little further up, who with little English and my mix of French, Spanish and English, one came running and the guy had gone. But, he was there. I spotted him back in the waves face down, acting dead and then just pops up like nothing’s wrong! The lifeguard was like, Lady, you’re crazy and me…sorry, but I though he was in trouble. Now I know why no one was helping. Good intentions for nothing! Don’t you just love it when that happens!

It was a good weekend for baking. This week’s snacks are Tone It Up Coconut and Carrot muffins. Very easy to make and only 14-17 minutes to bake. I also caught up with my Korean TV show Pasta on Netflix. I swear some Korean words sound and have the same meaning as Spanish, or maybe it’s the other way round. I’ll have to check if there’s any language connection. Oh, the show’s subtitled in English!

This mornings post held a surprise…my birthday present…three months late from my boyfriend! A Gorjana and Griffin Starfish ring and Arrow cuff. I’d had my eye on the cuff for ages but it was always in and out of stock, which is why it’s taken so long. Also he’s been and still is, so busy, he forgot! I don’t mind, we’re only human. I had a great birthday afternoon in San Remo, Italy, so a bracelet is just the icing. 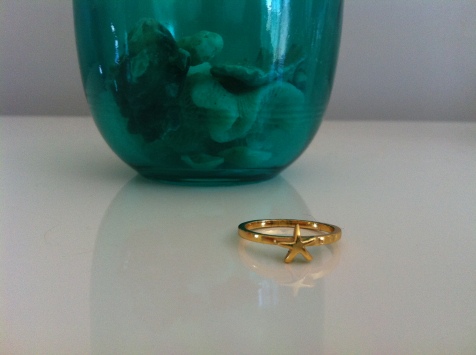 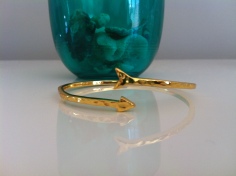 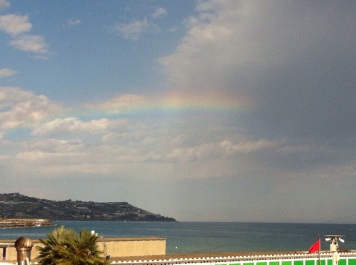 Have your good intentions ever made you look a little crazy? Do you like watching foreign TV shows or movies?