Have you ever noticed how different coats and jackets make you feel? Some making you feel instantly chic ready to take on the world? Others playful, some uncomfortable feeling not like you or others nothing special, just doing their job, keeping you warm or safe?

I’ve lived Spain for about 14 years and while I’ve acclimatised I still can’t get used to October being around 20-24C. My body’s asking where are layers and winter coats. Then just like when there’s no warning for the heat, almost like someone switched the heat on in June, November with no transition period the cold starts. Chilly here’s around 14-17C during the day, hitting 7-11C evenings and early hours. That’s chilly now for this girl how now feel the cold like locals. And this girl’s in her new parka that makes her feel cheeky and playful.

For the past few years I’ve been wearing light weight non down puffer jackets. They keep me warm, but I don’t feel chic or put together. Black ones are the ones with suit me more without clashing with my hair colour but I don’t like being all in black. Makeup gets engrained on collars, my bum’s ‘out’ making me question that days knickers if there’s a VPL. Some days as much as I love leggings I don’t want my bum ‘out’ on a big day (I have learnt that also depends on the underwear). If my bum’s not covered I feel the cold more. I cycle everywhere so I have to be practical. I really love the camel coats at the moment. They unfortunalty don’t like me. P with his guy honesty said I looked like Albert from Open All Hours (I just remember the reruns), I added they make me look like old fashioned removal men when they used to wear camel overcoats. A friend recommend trying a parka as my in-between chilly season coat. I was initially nah, I’ve worn them before, am conscious I look a little scruffy and it’s way to matchy matchy khaki with strawberry blonde hair. I took her advice anyway and found a cute one in HM. I feel the inside fluffy lining and zip could be better for the money however I’m loving my new parka! It’s a nice khaki green, not too dark green, fits great, I got a good fur trim as I ordered online (sometimes the trims can be shit) and it’s keeping me toasty warm for until it’s time for my big winter coat. No photo of me in it as there’s a reason why the model is a model and I’m not.

My Spanish after 14 years. I’m better, I’m no where near as fluent as I should be. Everybody speaks English to me! Even when we took a weekend road trip last month, P, D the cat and I to Bilbao a few places not many, spoke in English to us. I always try to bring it back to Spanish however there are times when I have to admit defeat my Spanish isn’t as fluent as I’d like. I still get flustered if someone can’t understand me with it going down hill from there. I usually say no pasa nada and get out of there as quickly as I can. However those that know me, don’t correct me much now. They get the gist of what’s trying to come out my mouth which doesn’t help me with people I don’t know (I read an interesting article on how language fluency is measured.  I still don’t know all the tenses)! Most of my work here’s been in English so that’s why. My skill’s aren’t languages, I struggle with them, even my own sometimes. 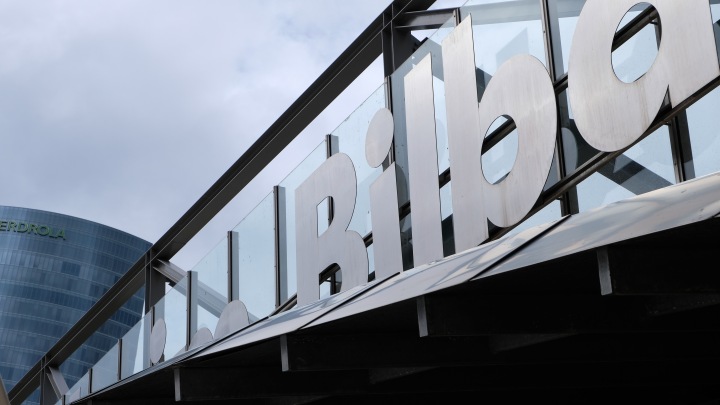 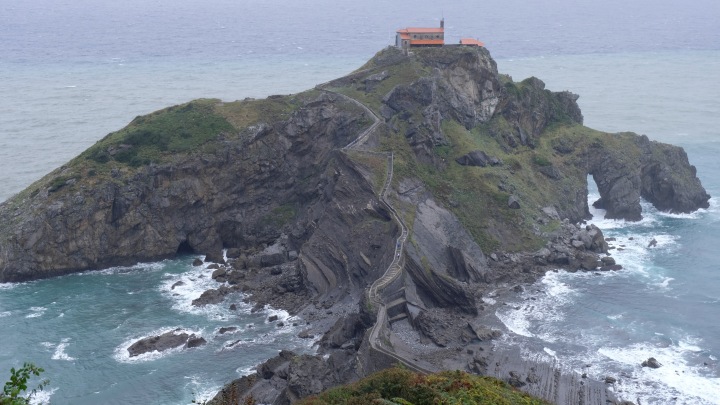 P was back for most of October, though most of October I’ve no idea what I did. It was all a blur with a feeling of being unproductive. The days kinda blurred into one with before I knew it, it was say Wednesday again. I thought switching climbing classes to the mornings would free up time. They have and they haven’t. As for my climbing I feel I’m getting stronger and being able to read routes better at the lower grades to my current grade.

I’m sure you’ve heard a million people say this. Christmas hikacked Halloween this year. My first few Christmases in Spain I wondered if they celebrated Christmas. I’d only see chocolates and hampers in the shops 3-2 weeks before Christmas. Slowly slowly like Halloween which few celebrated it’s got more crazy here. This year, Christmas tea, panettones (vegan panettones this year! Last year they sold out before I could get one so I’ve stocked up. Hehe) and gift sets starting appearing in shops mid October. Spain’s always behind but it catches up when it can in it’s own way.

I ran my only obstacle race this year and first one in a year, The Maori Race. All you need to run OCRs I’ve decided is know how to climb and run. I couldn’t believe a difference in a year. I aced nearly all the obstacles with help on 1. I was fine on the swinging olympic rings, got 1/2 up the rope and did the big wall on my own! P did great too, being his first ocr run in about a year and half. I didn’t run for time, I ran for the obstacles. 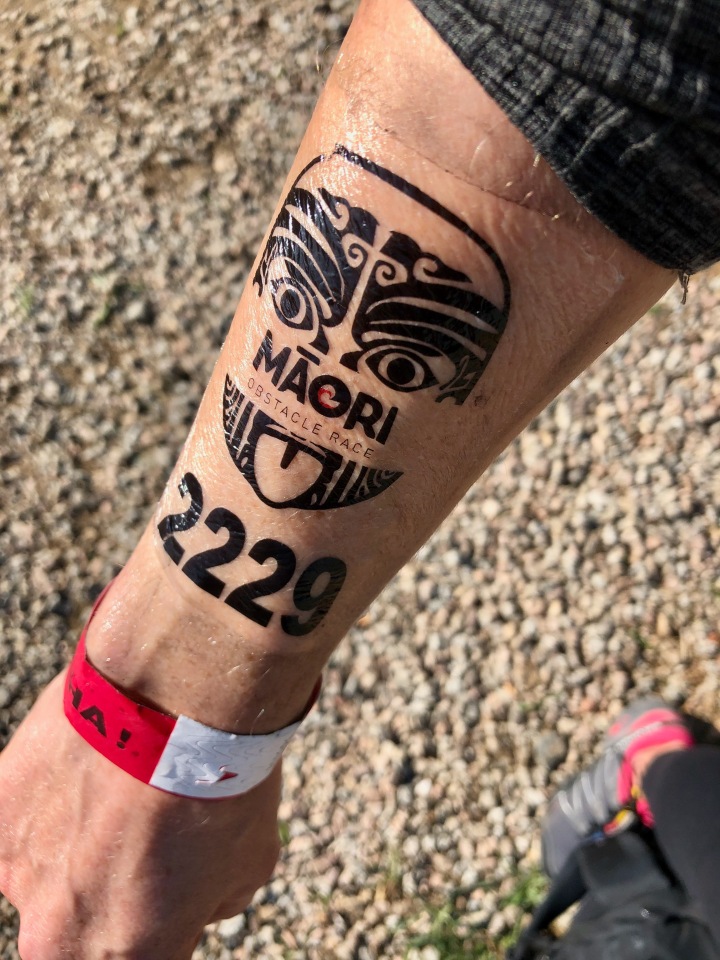 We also saw Cirque du Soleil’s Messi 10! If you get an opportunity to go, go! I was amazed at how they make all the moves more ‘football’ and mechanical yet with Cirque de Soleil fluid, awe inspiring, inhuman moves. Like on the rope climbs, getting the more angluar moves while still being graceful. Favourite parts were the trampoline street football, the goals (nets suspended over the audience with the performers launching off swings into the nets. So much coordination with the rest on the guys on the swing getting the balance, power and speed right), the Chinese dragon or for the Messi, a lion, the referee and the streaker. The streaker as the show went on stripped off more and more down to a pixelated box shaking his booty. Hehehehe!

And of course there’s been the zoo. The hour change caught me off guard and I’m still not used to the days so short already. Dark around 18.00. I changed zoo days as with climbing, getting back and running after I won’t make it. That’s okay, change is good for ya! 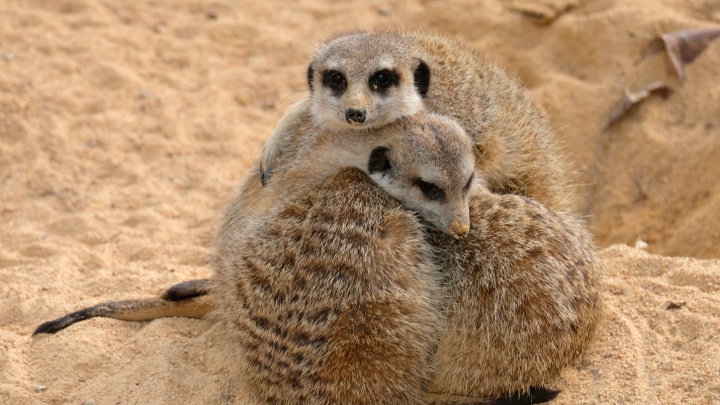 And how could I forget this one?! Mr D’s doing great for all his ongoing issues. He’s back into the vets next week and I’m hoping some of the issues can get sorted out. He has a weird lump under his right front leg the vet has no idea what it is or what caused it. He thinks it was a cyst as it kinda ‘popped’ inside skin hanging down from. Now there’s another one in the same area that’s gotten too big too fast. The vet says due to his age and where it is it’s tricky to operate on, but I’m hoping they can. It’ll be only less thing for him. I’ve got my fingers crossed it’s nothing to worry about and if he is operated on, he recovers no problems.

How was your October? Please share in the comments below!