Today I’m sharing some eco friendly laundry items I recently discovered that can help save pennies as well as helping out Mother Earth against plastic, harmful chemicals and micro fibres from ending up in the water system. Win win for everyone! 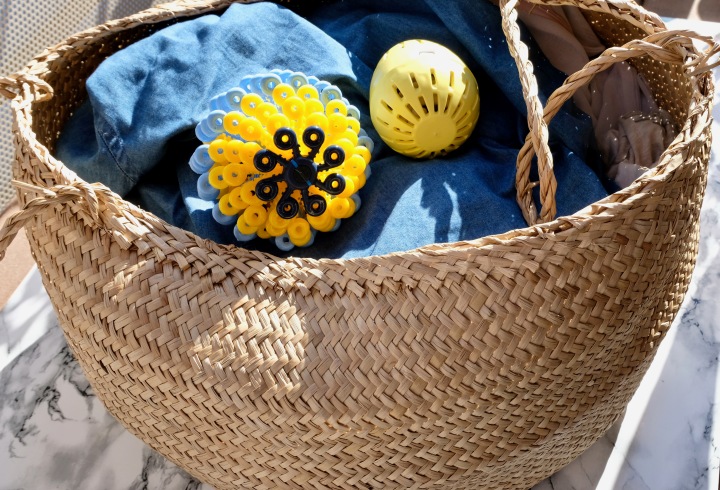 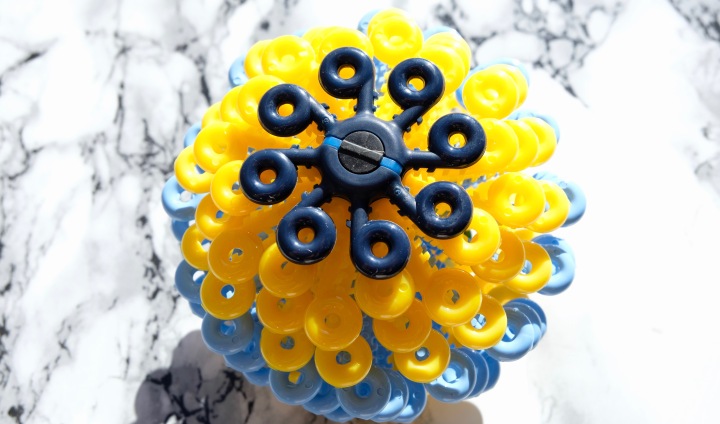 I discovered Cora Ball through a BBC article. Designed by a windsurfing teacher who wanted help stop microfibres and filaments from ending up in the oceans and seas, she developed a mircofibre catching laundry ball. Made from 100% soft and stretchy recycled plastic, the idea is it catches about 1/4 to 1/3 of fuzz or microfibres each wash! It works in any type of washer front or top loader, with, without detergent. There’s no need to clean it every wash. The idea is the fibres attract more fibres. When the balls filled with lint like fuzz, you pull out the fuzz and put in the bin. For now there’s no recycling the lint facility, but they’re working on it! Obviously anything delicate, knits, fine fabrics, tassels, frayed ends or spaghetti tops you separate into laundry bags to avoid them getting tangled up.

The Cora site ships internationally though they do have stockists in Australia, Canada, USA, Singapore, UK, Belgium, The Netherlands, Iceland, Bermuda, Hong Kong and the Philippines. It was cheaper for me to order in from Rainbow Brands in the UK at £30.00 plus shipping than direct from Cora themselves. When I ordered colour choice was random as it depends on what recycled material they have, though now you can choose from a gorgeous ocean light blue colour from Cora Ball direct.

I’ve been using it for about a month so I’ll let you know in a future post how much lint it picks up. So far it’s just been mine and the cats hair. I laughed at myself trying to see any plastic filaments collected. They’re called micro filaments for a reason Nat!

I discovered Ecoegg looking on UK Cora Ball stockists. It’s a chemical free, allergy skin friendly, cruelty free washing ‘detergent’. It cleans laundry with 2 types of pellets. Tourmaline ceramic pellets that weaken adhesive forces between dirt and fabric and mineral pellets. The mineral pellets naturally ionize the oxygen molecules in the water which then penetrate deep into the fabric lifting any dirt and grime without fading clouds or damaging the fibres. The ionised oxygen molecules also increase the pH level of the water which then naturally softens laundry. No fabric softener or conditioner needed! The best bit, they don’t contain harsh chemicals, petrochemicals, enzymes, optical brighteners or phosphates!

It works with washes up to 60C so towels can still get a good hot wash and is 100% hypoallergenic, with it’s Fragrance Free egg endorsed by Allergy UK. This is what also got my attention. I suffer from eczema flare ups every now and then, usually in the form of contact dermatitis so anything that helps ward off flare ups I all for. Eco Egg comes in 4 fragrances, Spring Blossom, Fresh Lavender, Fresh Linen and Fragrance Free. They recommend taking it out for the dryer portion of wash, leaving it out to air dry between washes though it won’t warm it leaving in the machine for a few washes.

While the egg itself is made from ‘an unique strong yet flexible plastic’ it won’t damage washing machines. It’s 100% recycle and comes in 3 wash sizes. 54, 210 and 720 washes. As I wasn’t sure if I’d like, I opted for 210 which is about a years worth of wash. Included is 1 bag of black tourmaline ceramic pellets and 5 bags of mineral pellets which is enough of 210 washes. You top up the egg after 6 months with 2 mineral pellet bags. It’s cheap, £7.99 plus shipping for 54 washes, around £11.99, 210 washes and £19.00-25 720 washes. I think it was the 7th or 8th UK Amazon seller that was able to ship in to Spain. In the long run it still works out way cheaper than buying washing detergent over a year including shipping. Refills are £7.99, plus shipping for 210 washes. You do the maths! The only plastic to recycle is the egg itself and the pellet bags. The egg comes in a cardboard box, no plastic.

So far I’ve been impressed. No itchiness, most stains removed, not much colour loss (cheaper items of clothing there has been some, but I think this is due to them being cheap), clothes been clean and washed. Paul hasn’t complained either, so for now it’s a keeper!

I was determined to replace my previous laundry basket with a plastic free version. Last summer most homeware shops were filled with seagrass baskets, though I couldn’t find one the right size or height. My local Alcampo came through. I think this was about €20-25. It’s 45cm diameter which initially I though was going to be too small, however it fits a lot in. Like most laundry baskets if you leave wet items in for too long mould or mildew can build up. It did in this, however unlike polyester laundry baskets where cleaning the mould is tricky as it seems to get ingrained into the fabric making it impossible to remove, this is easier to clean! Bleach (I know I know, what about the water in the water system. I’m no angel!) worked a treat killing the spores, however drying it, the basket changed shape, hence its current state of shape. Being seagrass, it makes it easier to recycle which is one of main reasons why I went for it. Also it’s size, design and colour doesn’t dominate the kitchen (small apartment!).

So there you have it, my recent recycle less finds!

Have you tried the Cora Ball or EcoEgg? I’m curious about soap nuts, which I think are a type of seed or dried berry that you wash with. Maybe when I’ve finished all 210 Ecoegg washes I’ll try them if they’re water system friendly. Even less plastic but I didn’t think of them at the time of ordering the Ecoegg.