Last Sunday we ran the Maori Obstacle Race, a 7km obstacle race 35 minutes just out the city in Aria Natura. It wasn’t my best run. I was tired, my performance showed. That said I’d love to go back, trail bike along their trails and take up their zip lines, bouldering and slack lines and adventure park! 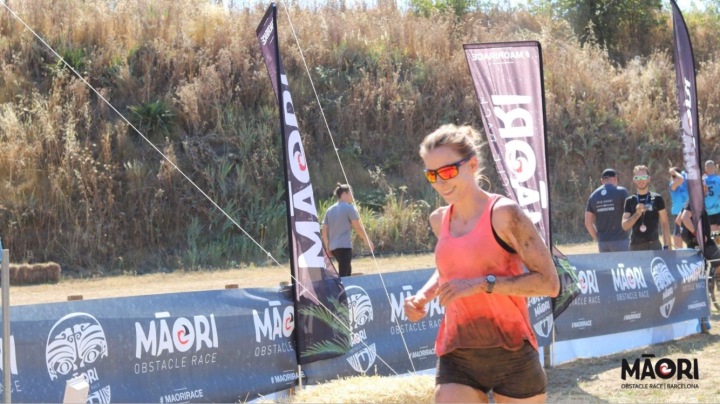 We got there just in time to collect bibs, chips that looked like ankle monitors and drop our bags off. Bibs were unique, temporary tattoos (though not many found a bin for the plastic backing and left them littered on the ground. You can always put them in your bag until you find a bin)! We missed the warm up as what held many people up were the lack of toilets. Only 5. 2 portapotties and 3 that the facilities had for about 700 people! I was tired as I hadn’t slept much the past few days and it showed in my performance. But hey you win some and loose some. I know I have to work more on upper body strength particularly muscle ups attempts which I’ve been slacking. I ended up doing 90 burpees, more than Spartan Super! The 1st monkey bars, balance beam I’m usually okay on and I didn’t even bother with the rope climb. Like Spartan, every obstacle you fail, 30 burpees. I’m a fair sport but it bugged me if you did the burpees with someone you did just 15. As I was running on my own, 30 each time! By the last wall, I was dust and had to have help over! P who’d already finished watched from the sideline which didn’t help (he would have finished in under an hour if he hadn’t of got tangled up in barbed wire. In the end someone put in out his misery so to speak and pull the barb out as the monitors didn’t have any cutters. Flesh wound nothing serious). He put me off slightly making me feel conscious! Apparently I might not have said thank you to the girl who helped me over that wall. I remember saying it to one the guys who’d had finished as he was wearing a medal, coming over to help. I thought he was going to help me said so thank you to him in advance as he approached the wall. To the girl who was the one who helped me over, I did as I thought it was the guy who help and if I did say it going over the wall as I always say thank you, it might have been quietly. When P told me later the girl looked put off I didn’t say anything I felt bad. Flip side, I help others on walls who don’t say anything, but hey, I don’t take it personally when they don’t in obstacle races. Not saying thank you for holding a door open that bugs me. As always the walls I had to have help and on the second monkey bars where someone can hold your legs as you attempt them. I knew my upper body strength was dying! I also knew the type of plastic covering I would’d be able able to grip well, though P said it liked it as he could grip well on it. I guess each to their own. 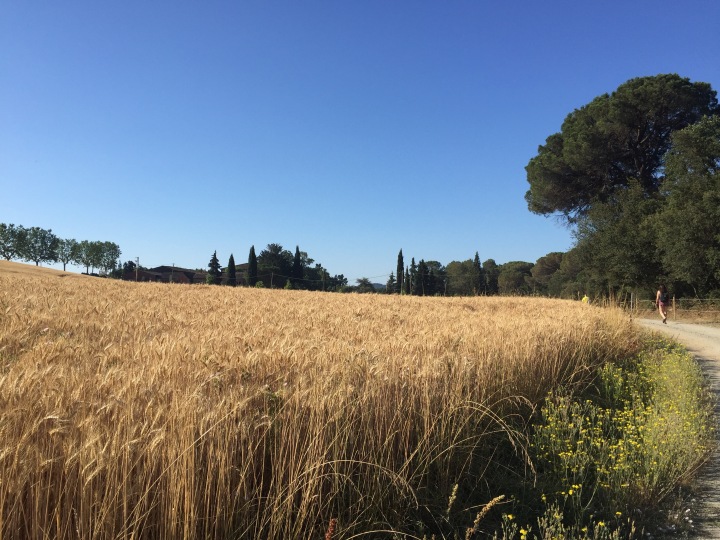 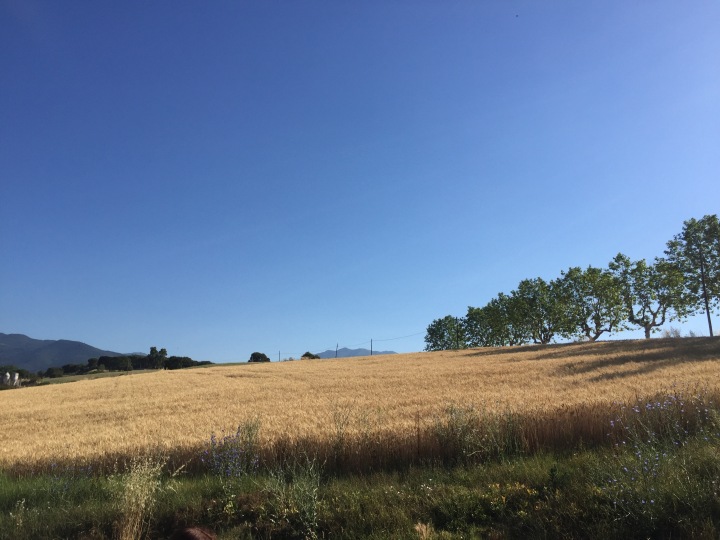 It’s the 2nd year holding the event so I’ll let them off for also only 4 open air mixed showers. We were the first wave after the elites to beat the heat and crowds and were showered and done by around 11.30am. While we decided what to do next, head the same beach as last week we tail gated lunch before saying hi to the donkeys. Aira Natura has a beautiful herd of Catalan donkeys who wanted to know what was going on. They had shade but were too curious to stay in it. A few post race runners were throwing water on the ground for them or on their foreheads to cool off which they seemed to appreciate until Big Daddy decided no more by blocking the herd side on. What I loved was nearly everyone who walked by said hello to them! If I’m honest I preferred the Spartan Super. I like the longer distance. Would I run the Maori Race again, probably. With technique training. The Super as it’s longer you can take your time. Spartan Sprint’s 5km, 2km less than Maori so it’s a faster race which I’m not used to. I know I’m not super fast which is probably why I like the Super, less pressure to be fast and tackle all the obstacles without burpees. Excuses right?! 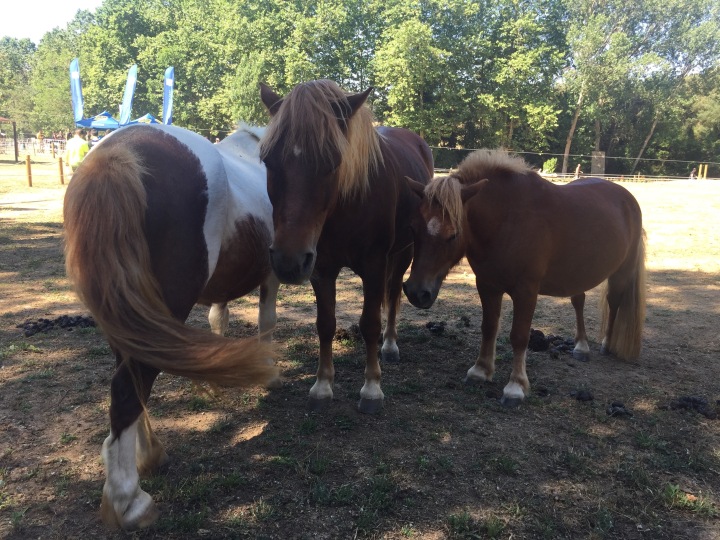 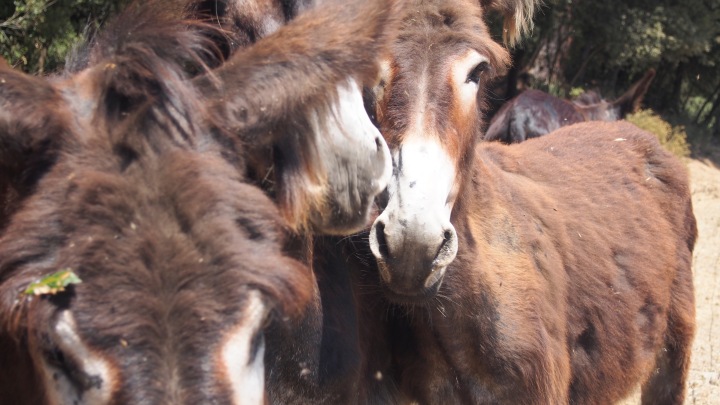 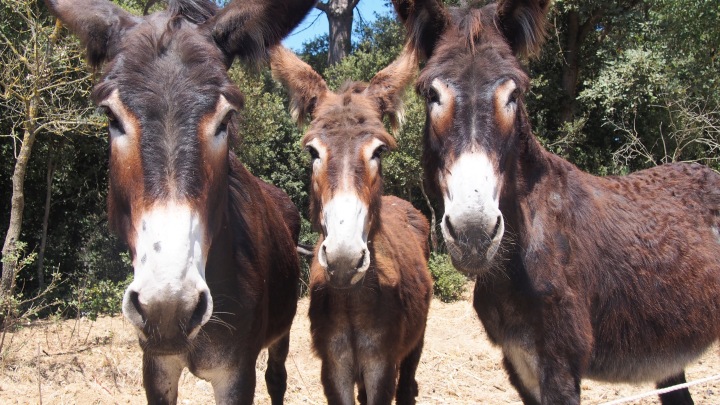 I want to go back to play on these! 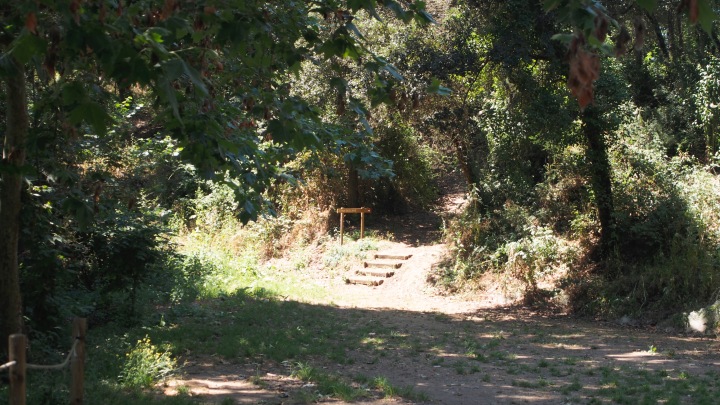 On the way to the beach we had a little detour. P has a motorbike camping trip coming up and we passed the sign for La Roca Village an outlet shopping place. I mentioned maybe he could find a few times there and was game. Normally when we go we leave empty handed and must have made up for all the times we have. I’m usually very wary of items from outlet places. They’re there for a reason. Some items are excess stock and are completely fine. Others, you have to take a really good look at the item as they’re main store rejects. Sleeves and trousers lengths can be different lengths, stitching can be out, plucking in fabric etc. Most of the items we found after I examined each and every one looking for it’s flaw had minor flaws or none. For instance a new backpack the top of the chest strap runners are uneven. It’s more something you can’t put your finger on unless you really look, for I could have the arm straps different lengths.

Shopping done there was only one place to go to start the healing process on the cuts and bruises picked up running. La Playa! Salt water cures everything! 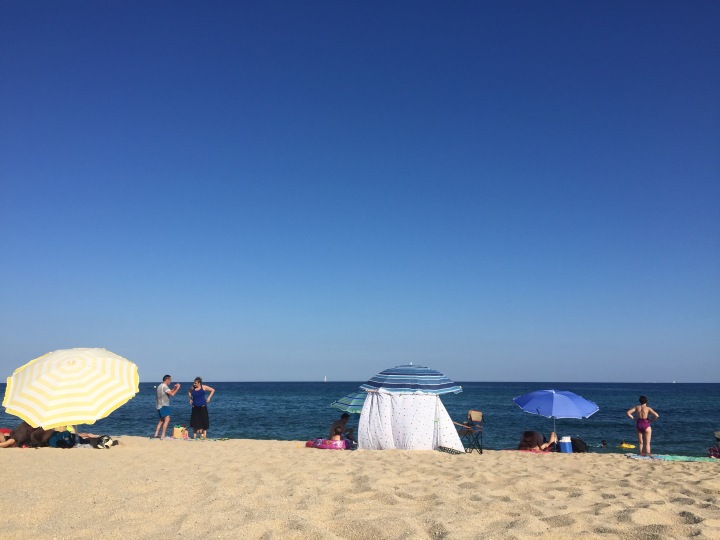 Do you prefer longer or short obstacle races or running in general? As I’m not fast or a natural born runner I prefer 10-15km.