Last Friday after 2 months of waiting for it to be fixed, my watch was ready to be picked up. I’d missed wearing it, the weight of it, knowing what time it is at a glance, but now I’m finding myself having to remind myself to check it instead of my phone or iPad! At least if anything I feel dressed when I leave the house now. My wrist missed the weigh of it, but surprisingly wearing bracelets as replacement didn’t work or feel the same, so I had a naked wrist all summer. All summer I’ve felt underdressed!

Friday, La Merce celebrations began. A 6 days of free events across Barcelona to celebrate the Lady of Our Mercy. Friday evening we caught the first of several firework displays on playa Barceloneta. Fridays theme, Great Holiday (Azerbaidjan) Lots of palm trees, fireworks that did their thing on the water (that was something else) and lots of golds, greens, pinks, blues, red and silver. 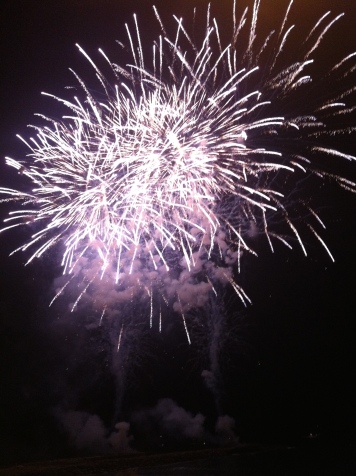 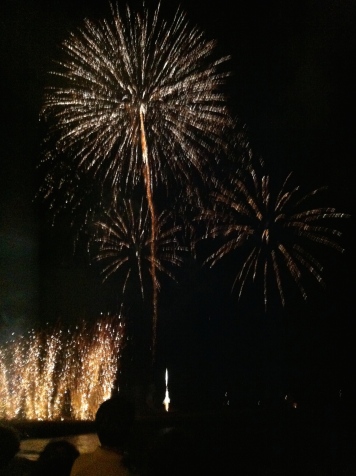 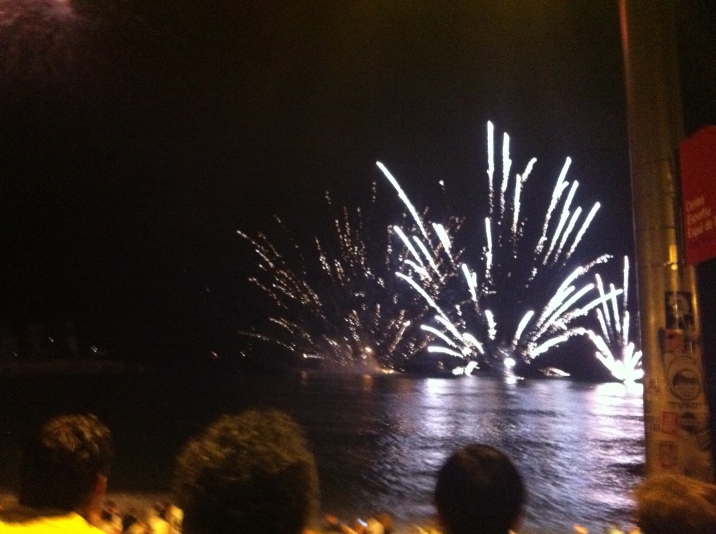 Saturday, workout (HIIT, alternating strength and cardio) and chores done, we soaked up the last of the late afternoon summer sun. It’s too chilly now to sit out later than 6pm, even the lifeguards finish an hour early. Before heading back, I took myself on a bike ride explore as I’d seen a gym the night before coming back I wanted to check out. Unfortunetely it’s part of a hotel and for guest use only. But I did check out the waterfall outside the lobby before racing back to get ready to see Hercules. If I ever have a garden, I want one of these! 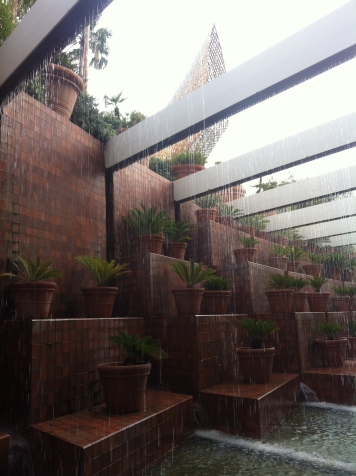 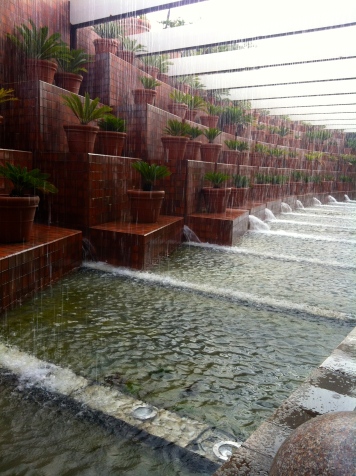 Thanks to the La Merce, the cinema was practically empty (no tall person blocking my view!) and we had pick of the seats. Herceules is great movie if you want action and have thing for the Rock aka Dwayne Johnson. No idea what I’m doing here, but I think you get I like him! 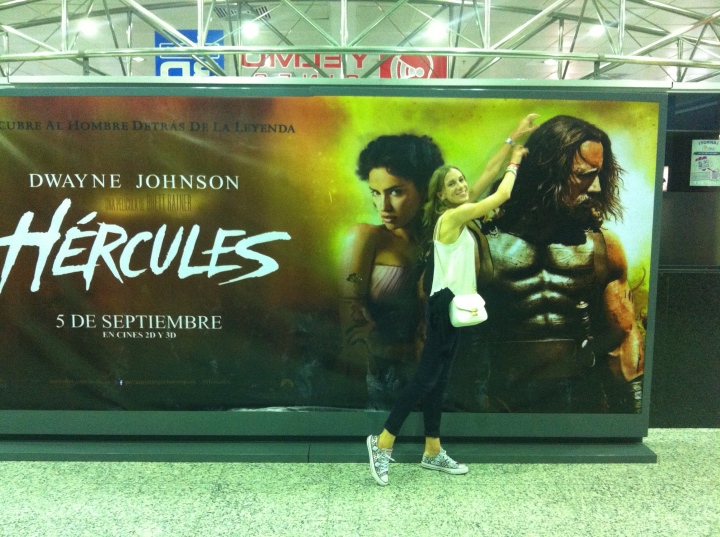 I’m not used to going out 2 nights in a row, let alone one, so it was no surprise Sunday, I got up later than I wanted. Fortunately the morning was overcast making my 12km run a little easier than the last few longer runs. 3 weeks to go until my next official 10km! 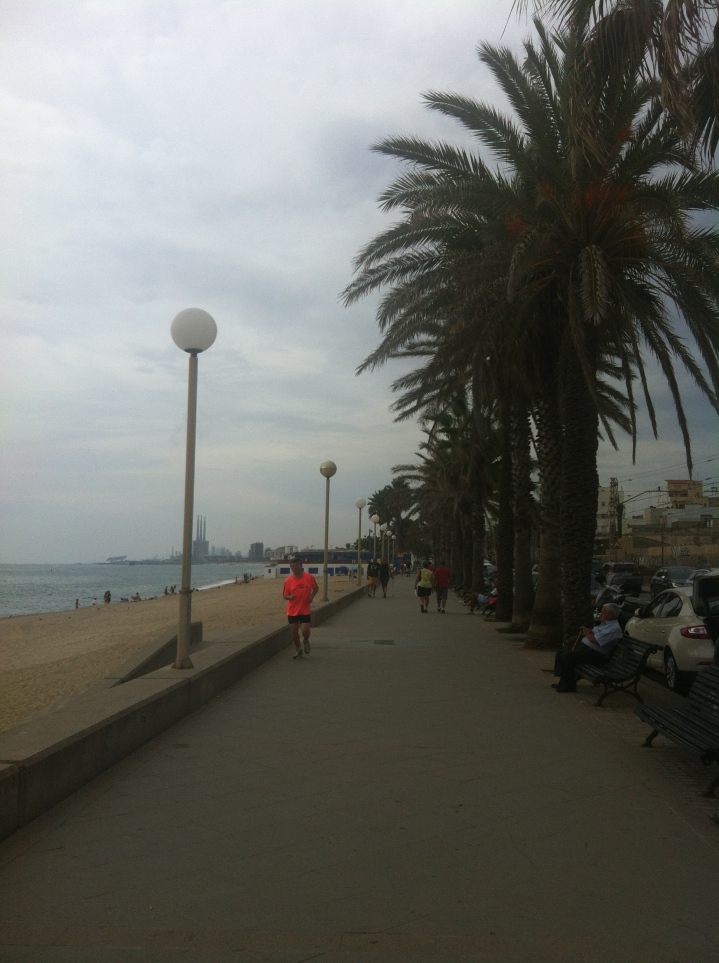 Last of the Summer sun. A little chilly for the beach, but I was determined to spend the last sunny day there! Just my luck the clouds came when I finally get there! 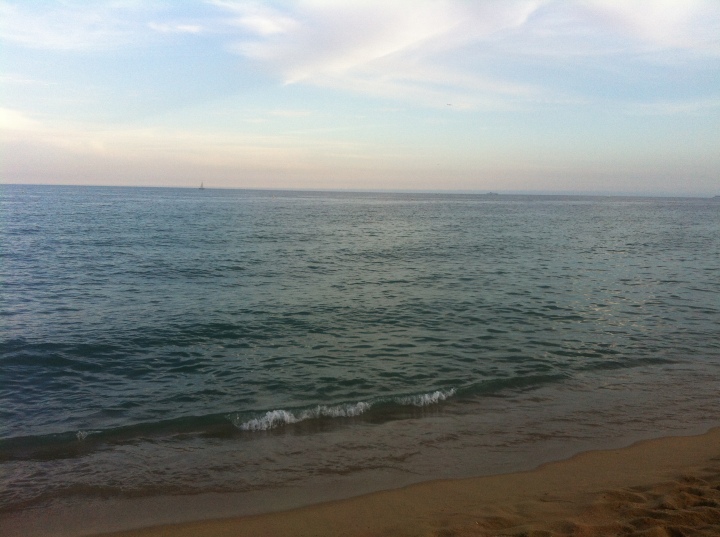 Sunday evening there was a La Merce event I wasn’t missing, Correfoc, run with fire. Coming from a country with strict firework laws, running under spinning fireworks brings out my rebellious side. Each area of Barcelona has it’s own devils, dragons and marching band that light up Via Laitana always on the 21st September. It’s noisy, smokey, fun and exhilarating if you pluck up courage to catch a ‘devil’!  We came prepared in jeans and hoodies. Even if you don’t run under them, the devil’s spin roman candles into the crowds so you need long sleeves and trousers. It sounds dangerous, but there are hardly any accidents and everyone has a smile whether it’s from running with them, dancing to the carnival drums or just at the craziness of the it. The ‘devil’s’ are fireproofed out and make sure that when you catch one your drawn in close to avoid getting singed. It’s my 8th correfoc and the first one I’ve plucked up courage to jump in and run with them! Both of us did! I can’t begin to explain the feeling you get. It goes against everything what you should be doing, running the other way, yet it’s so exhilarating at the same time! It is a great way to celebrate the last of the summer light! 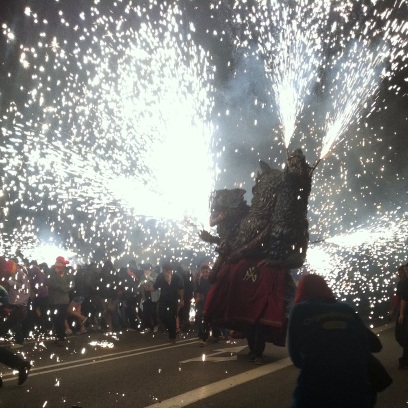 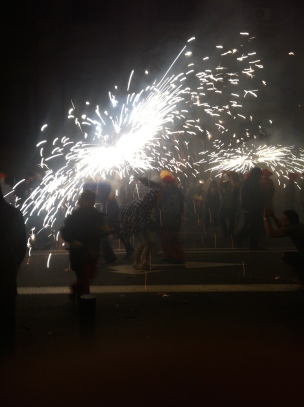 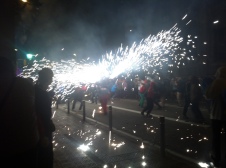 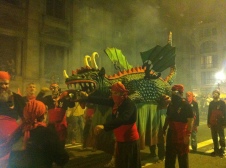 How did you see Summer out? What’s the longest you’ve waited to get jewellery fixed? Hope you had a great weekend!

3 thoughts on “Last Of Summer Weekend”