My Mum always says if you have nothing to say then say nothing. I always have something to say!

I can be ditzy at times and today was no exception. I had a busy morning, workout, baking, shopping (internet which takes twice as long if you’re unsure, especially if ordering outside of the EU and can’t return items. That’s what Google’s for: research and reviews of cosmetics and skin care) that when I got to the cashier at the bank I realised I hadn’t brought with me what needed paying in! Duh! I’d switched bags to a more bicycle friendly one before leaving and forgot the money! I had limited time before work, but somehow managed to cycle back home, re-queue and go for a quick bike ride. 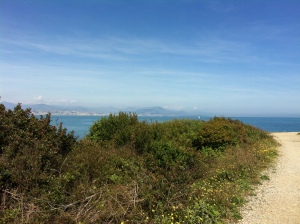 Happy to be cycling again. I’ve missed it the past few days. 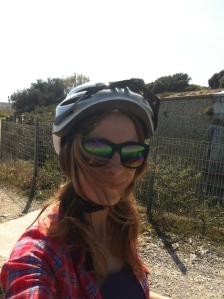 The bus was late. 40 minutes late and busy. I got a seat next to some woman who for the entire journey kept bad mouthing people and the route. There wasn’t space to move so I stayed put, turned my music up. Plus I didn’t want to give her cause to get nasty. She was one angry woman, an energy vampire. I literally had to put up an imaginary boundary between us. The energy she was giving off was so angry I though she’d punch or knife someone. No one spoke to her and just left her alone. Maybe they thought she was on the phone or too busy in their own worlds. I was so grateful when my stop came up and get off. So grateful I felt like turning around a few times and sliding my back across a tree to shake off her energy! I didn’t but came close to! What got me is that while she’s ranting and raving about nothing, we pass flowers laid at the side of the road.

Fortunately my students parent were understanding about the bus getting delayed and the kids were full of beans. Positive energy restored!

Positive energy at home too. Later grocery shopping, Paul who’s been toying with the idea of getting one, finally got a rice cooker. The best bit is that not just for rice but quinoa, bread, oats and even cake if we wanted! Just 2 parts water to 1 part grain and let it do it’s thing! Perfect fluffy rice for this evenings salad.

Stealing moments with Paul yesterday with an evening walk catching up on the day instead of distractions at home (internet, internet and TV) 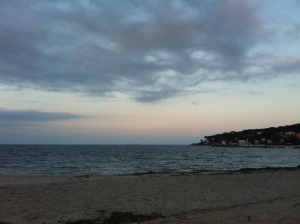 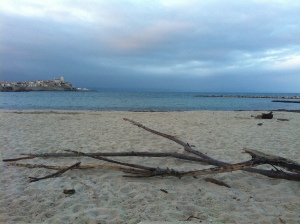 I hoping my foot’s healed enough to run tomorrow. I’m itching to go! It feels like a week and it’s only been 3 days!