I’ve found my running costume for the Buff Epic Run, a 8km no timed obstacle race later this month! I ran it for the first time last year and played my costume low key. A polite way of saying sh*t/no effort costume. I’ve no idea what the final result will look like. My back up outfit’s non existent. It’s the wrong time of year to be looking for neon 70’s and 80’s workout outfits as my crafting skills could go either way….

I hope you’re having great week. Saturday I met up with my friend, Dahae for coffee/tea though we ended up checking out the Fira de Santa Llucia Christmas market and the nativity scene in Placa Sant Jaume. If like me the nativity’s not your thing, it’s worth checking out. Every year it’s different. You never know if it’ll be leaning traditional or abstract. This year’s snow globes and doesn’t look one bit nativity. The massive Christmas tree on the opposite side of the square’s equally as impressive, though we both agreed at night’s probably the best time to see it. 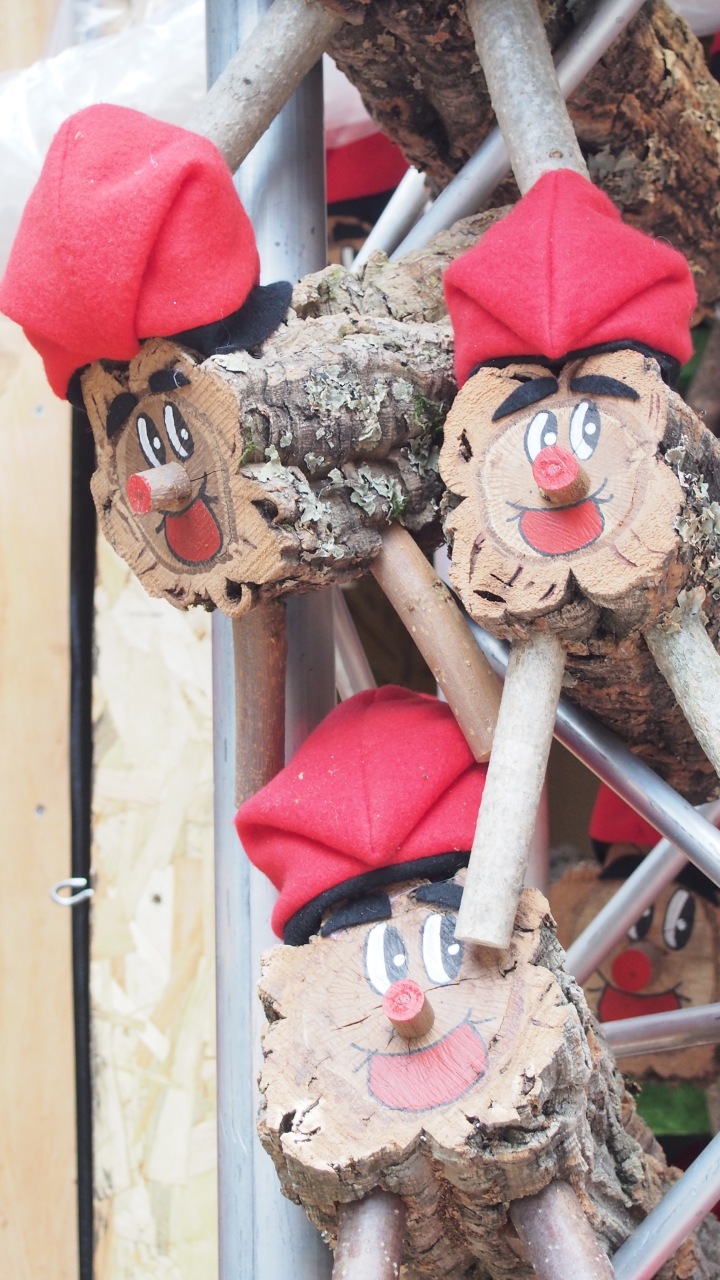 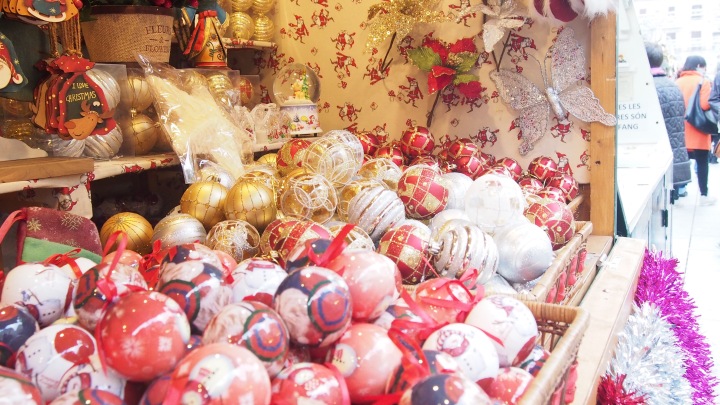 We did a little Christmas shopping afterwards. Well I did, she helped as her country doesn’t celebrate Christmas (Thank ya for helping!)! I did a little solo shopping later with the crowds insane for here. I picked up a few items in the Disney store and could just move. I think I lasted 2 more shops then left. Cycling back as soon as I left El Borne and hit the beaches I could feel space opening up and a refreshing dip in temps. Lately cycling back from the shops my baseball cap’s been bugging me. I’m not sure if it’s being in and out of warm shops and wearing a big coat, but cycling without it, feeling the cool air’s been heaven. My hair’s still in a plait or low pony tail under my scarf to prevent the wind drying it out. 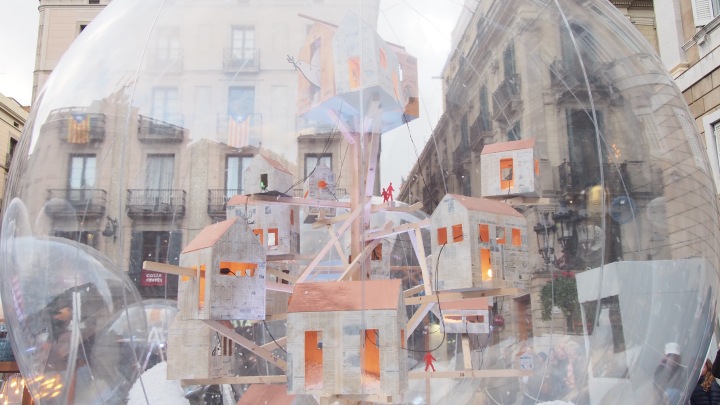 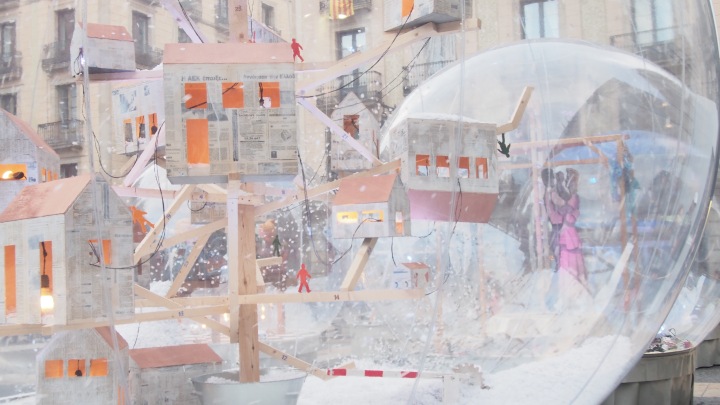 Last Friday my run was a walk run. My legs protested and honestly I didn’t want to run, I wanted to walk. This week and last week’s workouts have extra plyometric moves than normal and I think my legs were plain tired. Plus I haven’t been practicing much yoga as I should have the past few weeks. I think I did just 2, 30min Yogaglo’s in 3 weeks aside from my usual 5-10 minute pre workout flow and even some days they didn’t happen (I’ve been seriously questioning a lot recently where my time actually goes. I’m not working at the moment so it’s not like I haven’t got free time). My whole body felt like a scrunched paper hunchback. Saturday, as always a mix of Tone It Up workouts and opted for a long bike ride Sunday. After Friday’s run I knew a run was out. The wind was in my favour anyways so I was taking advantage of that tail wind all the way back and getting out the city. 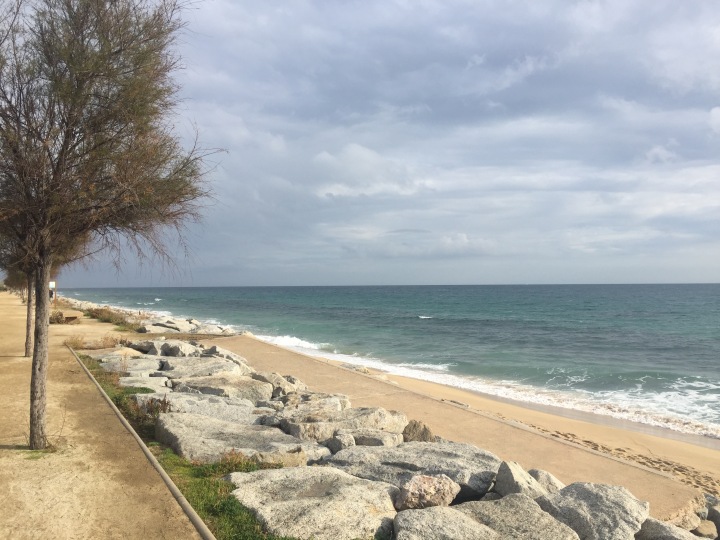 No zoo Sunday as I had to have a honest conversation with myself. It’s easier for me to start things when it’s daylight and work through till late than start when it’s dark out. I could have just made the zoo, rush around it but I’ve been rushing around all week, would have got back when it was dark and I had a huge list to work through. I stayed in and worked my way through most of it. My mind felt so much better getting things done and I even did an hour of yoga! Kathryn Budig’s Firefly Yogaglo  which was what I needed. 3 weeks off practicing was kinda noticeable.

Crossing things of the list, being productive brought me out my funk I’ve been in. It helped me focus and feel aware of how I was feeling. It’s like a high, a happy high! I’ve been trying to ride it this week but I’ve had a few more extra errands to run (40 mins queuing in the post office!) and getting as many Christmas presents as I can before the weekend so I have a shopping free, maybe a little internet shopping weekend as I have a quite a few crafty projects planned. I also want to start resorting out by the KonMari method. I’ve kept on top of the tidiness following her method as much as possible, but it’s time for it’s yearly edit as she recommends. It’s a lighter version of the initial sort out but the place needs it. I can’t recommend her book enough, The Life-Changing Magic of Tidying. It applies to so many areas of life, ‘does it bring me joy’. I find shopping, I ask myself, does it bring me joy, do I really need it and 9/10 I walk away. The place doesn’t get as cluttered with things I don’t really need and neither does my mind (in theory). Which at the moment needs decluttering. Tidying’s kinda meditative, tedious mediation, but helps sort through the mess physically and mentally freeing up energy. I also feel I didn’t do it 100% properly last time as it got tedious and my end goal not clear enough. 2017 I’m coming for ya!

Do you put things off or tackle them there and then? Does your country hold Christmas Markets?

13 thoughts on “Christmas Markets And That Productive Buzz”