If things came in multitudes of three, then Monday I got ambushed. Pay back for Saturday. I just wanted to be left alone quietly in my own world, recharging my batteries. I may have been or not have been une petite Madame. I’m not admitting, just saying!

Despite a hassle free workout, a bike ride, an afternoon trip to Decathlon and brand spanking new silver stability ball I still wanted to be left in Nat Land. Paul, however had great fun riding back home on his new trail bike. He was so fast I’d just finished parking as he was calling to see where I was. 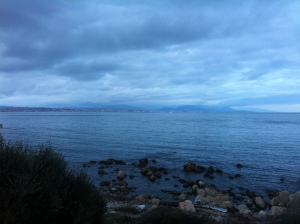 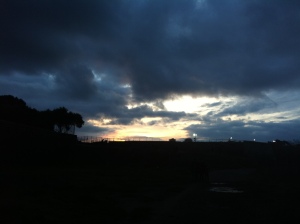 I did stop for a chat with this handsome new friend I met cycling.

I returned from Nat Land Sunday getting up early to plan two weeks worth of workouts incorporating my new toy, Woss Suspension trainer (review to come). I’m looking forward to adding spice to my training. No Monaco Aquarium as we had too much fun running in the park.

The sun was out, so it was busy. We set out for 10km and parted ways around 5km. Paul went off with his Go-Pro and I was happy to listen to the birds and run the trail. Big smiles after! My first 10.5km completely off road run. We both said we could have ran further. Maybe next time! 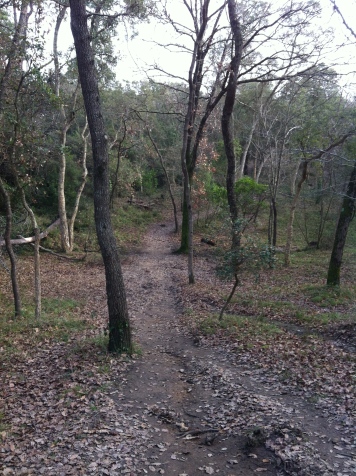 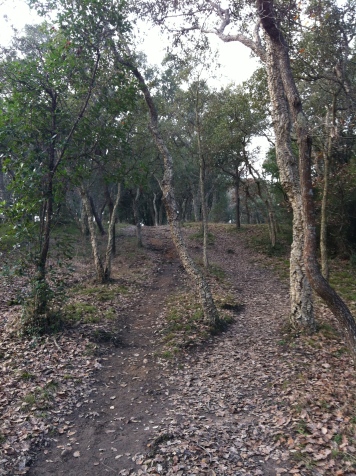 With post run takeaway coffee and orange juice we went to Valbonne, so I knew where the dentist’s was the next day. It’s a posh village with a lot of British and Russian ex-pats. By the time we got back home, I was back to my normal, mischievous self. Energy levels restored! I was so energised I tested the waters with headstands during yoga. Work in progress! 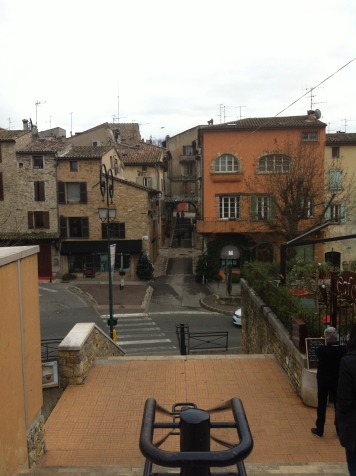 These two were up to their normal tricks: sleeping, eating, wresting and looking cute all weekend. 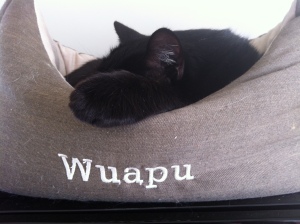 Monday was pay back time for Saturday. I had a fun workout with suspension inverted rows (love inverted rows!) and got to the dentist just on time (a miracle). Some where in-between I managed to cut my thumb on the Fage yoghurt lid and get a metal splinter in same thumb. Post dentist I treated myself to some pink tulips for my longest French drive by myself (driving in France can be hair raising with a lot of WTF’s?!). By the time I got home, the tulips had aged a week. My driving’s fine thank you. I was in such a mind fog, I knocked over the vase and only just recused the iPads in time. Sod’s law, I finally oil my bike only for it to tip it down 1/2 hour later running errands. Paul joined me as he wanted to test his bike off road around the castle. 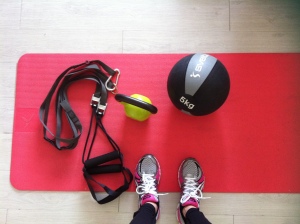 The castle was peaceful. Birds were getting ready to roost and the water was gently lapping the rocks. I love hearing blackbirds in the winter. They remind me of where I grew up. Back to the topic. 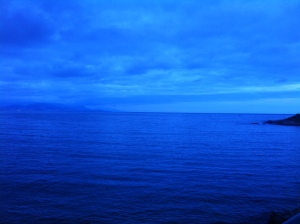 Somewhere along the way shopping, I lost my rear light and had to back track in the pouring rain until I found it under a motorbike where we first locked the bikes. If things came in multitudes of three, I was ambushed.

Some days just go like that. I laugh them off. In the grand scheme of things, they’re not exactly a bad day, like for the unfortunate couple who lost their car keys in the park Sunday. Instead they just make ‘how was your day?’ more interesting!

How do you shake off days when nada goes right? Do you have mini recharge days?

4 thoughts on “Retreat To Nat Land. Not A Good Idea”