The past few weeks during time slotted exercise hours I switched the coast for the park. As much as I love the sea I needed some greenery!

It was a little emotional my first ride cycling past the zoo and around Parc de la Ciutadella. After 7 weeks lockdown indoors, 2 week cycling up the coast, then being hit with greenery, birds singing and flying everywhere, I nearly burst into tears. I had missed what being outside surrounded by trees not just the sea felt like, how I missed being surrounded by nature. Now we’re in phase 2 the beaches are open to sunbathe and take a dip, exercise hours dropped save the over 70’s time slots, we’re allowed to go outside as many times as we want. That said the park only has it’s peaceful magic in the mornings. The afternoons and evenings the place gets loud with humans. When I can I’ll still take my early morning bike rides to the park for its quietness. I get to see the sea up close cycling there and back. That is until the zoo opens where when everybody’s at the beach if you time it right it’s like you have the place to yourself (my view on zoos here) when I can do both the beach and zoo. A little balance of both.

The ducks and geese early morning like to preen and sunbathe as do the turtles. Later on in the day I’ve noticed they either hang around the easy spot for food or take a nap.

END_OF_DOCUMENT_TOKEN_TO_BE_REPLACED

I hope you’re having a great weekend! I can’t believe tomorrow is the 1st of June. May flew by compared to March and April. Don’t waste time by not doing things you want to do!

This week’s Weekend Friday Favourites is short and sweet. My world is slowly getting little bigger now we’re allowed out for time slotted exercise, it’s still tiny compared to pre March. Pre March I was around people almost daily. For the past 14 weeks I’ve spoke to so few people in person I’m conscious of over talking too much when I do. Anyways, things that have made me smile or caught my eye this week.

Aside from water one thing I start to crave daily as it gets hotter is a glass of cold orange juice. While I don’t like eating oranges I love orange juice. There’s something about a cold glass of orange juice that helps quench thirst, gives a boost thanks to its natural sugars, making you feel refreshed all at once.

I couldn’t handle the cuteness this week in Parc de la Ciutadella. Where I usually see turtles hanging out sunbathing, a family of baby ducklings were huddled tomando sol with Mama close by. I’d seen her earlier in the week out with her chicks and hoping she hasn’t lost one.

END_OF_DOCUMENT_TOKEN_TO_BE_REPLACED

I hope you’re having a great weekend! If I’m honest at the moment I don’t always know what day it is. Run days I only know as I alternate cycling a few days for my morning freedom with running. I’m sure many of you are the same at the moment while we’re in lockdowns or easing of lockdowns. Spain’s slowly easing the lockdown and I’m patiently waiting for when travel’s more free for the hairdressers. I’m really liking the longer length, the ends however.

Anyways, welcome to a short and sweet Weekend Friday Favourites. Things that have made me smile or caught my eye this week.

I’ve changed my morning bike rides to the park! It makes me so happy to see ducks, geese, turtles, sparrows, magpies, butterflies and green all around. Hearing birds sing always makes me happy.

END_OF_DOCUMENT_TOKEN_TO_BE_REPLACED

While many of us are watching spring from our windows this year and celebrated the official first day of spring inside, nature doesn’t do dates. She does arrivals. Spring started saying hello at the end of February back when we were allowed out in freedom. While summer holds a place in my heart as my favourite season, spring is very close second by a fraction. Watching everything wake up after winter gives a warm feeling of longer warmer days ahead. 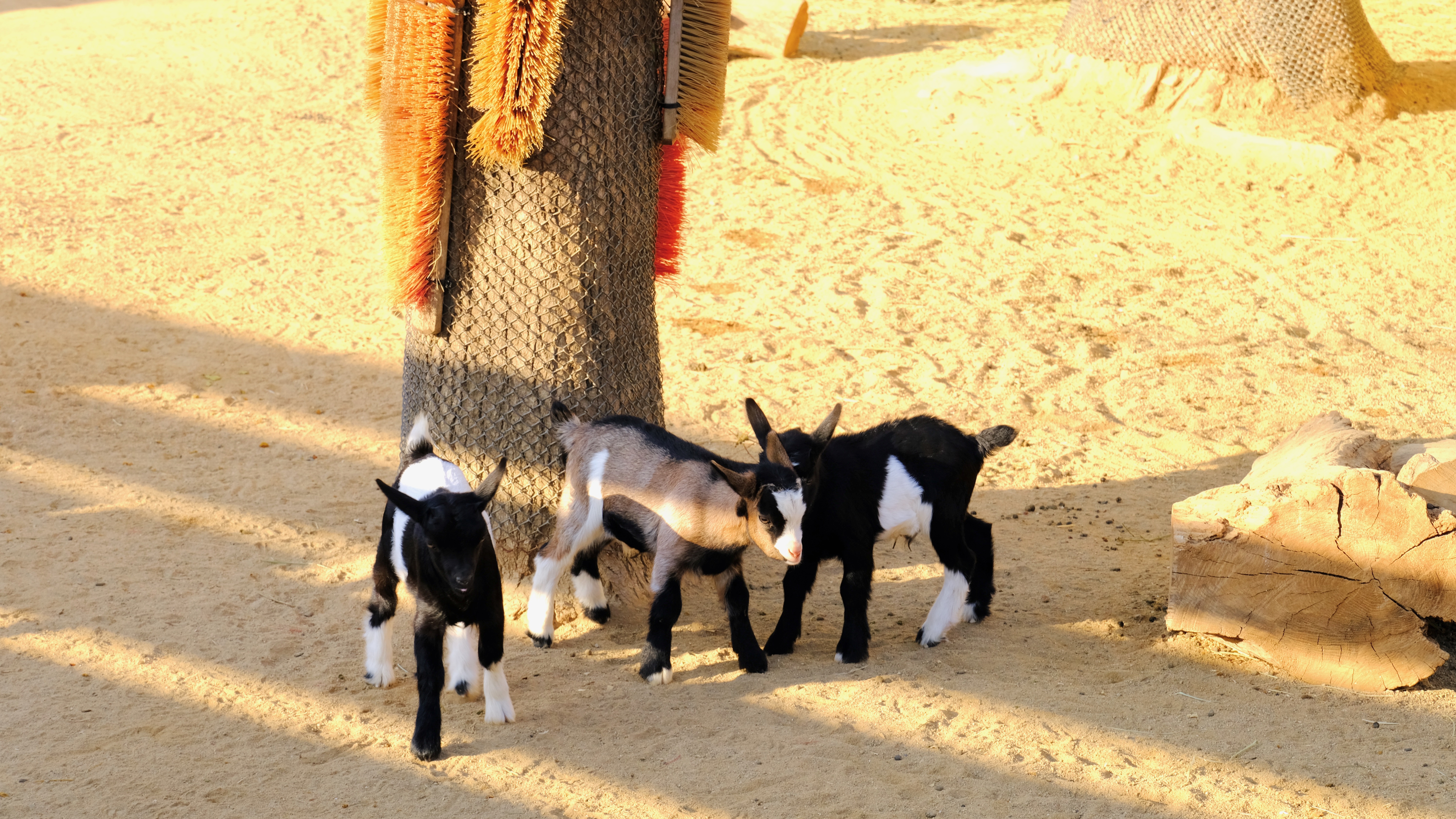 The sun come the end of winter has a warmth to it. The light’s bright, trees start getting dressed, people and animals start to hang out more in the sunshine thanks to the longer days. Finding a sunny sheltered spot out of the wind is heaven! Anyways, early spring photos at the zoo and running errands. Apologies if there’s too many or if you’ve seen here them before.

Cherry blossom’s always spring. This is all the blossom I saw this year 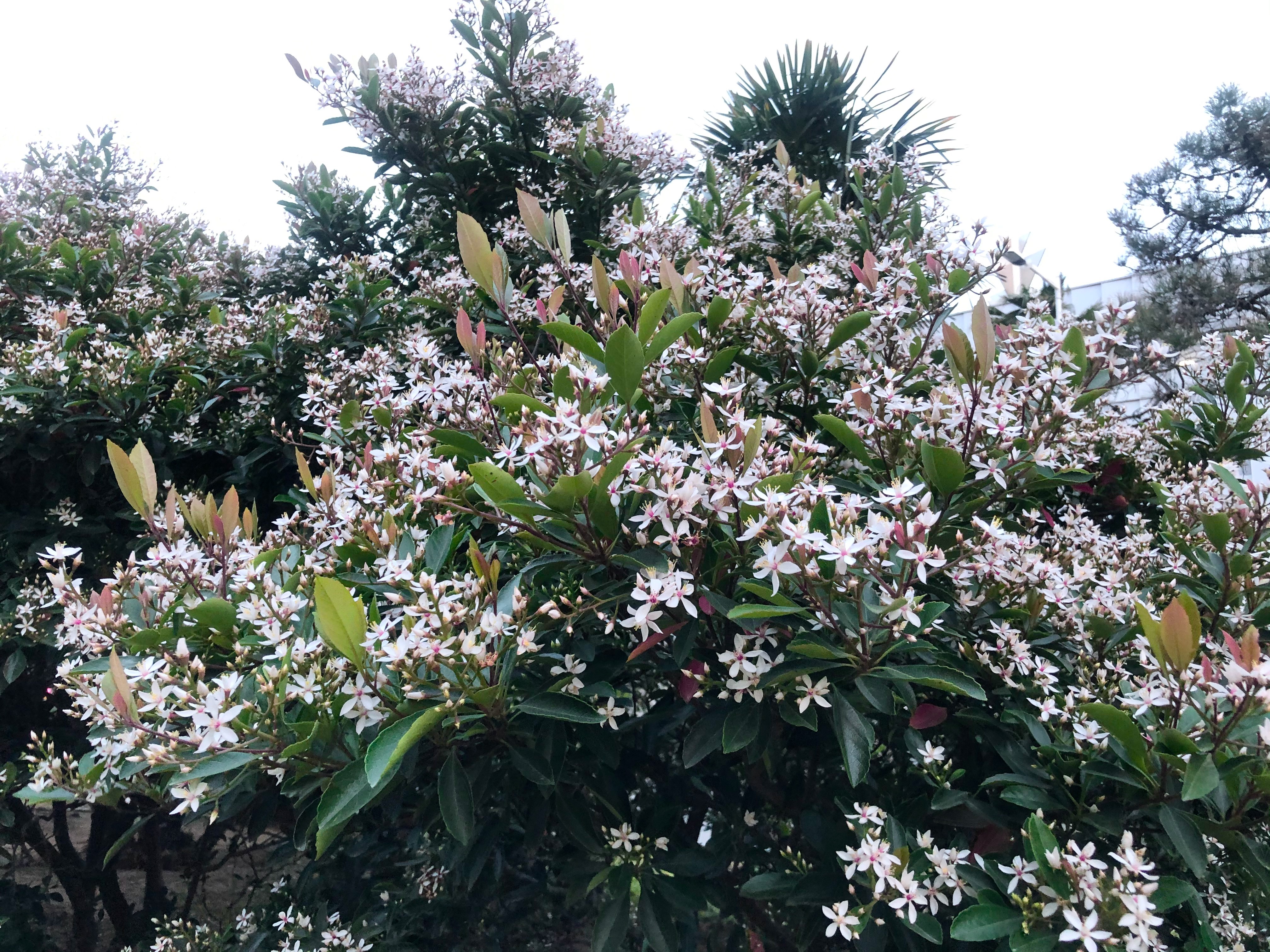 The same for Jasmine one of my favourite flowers and scents. All the jasmine I saw this year 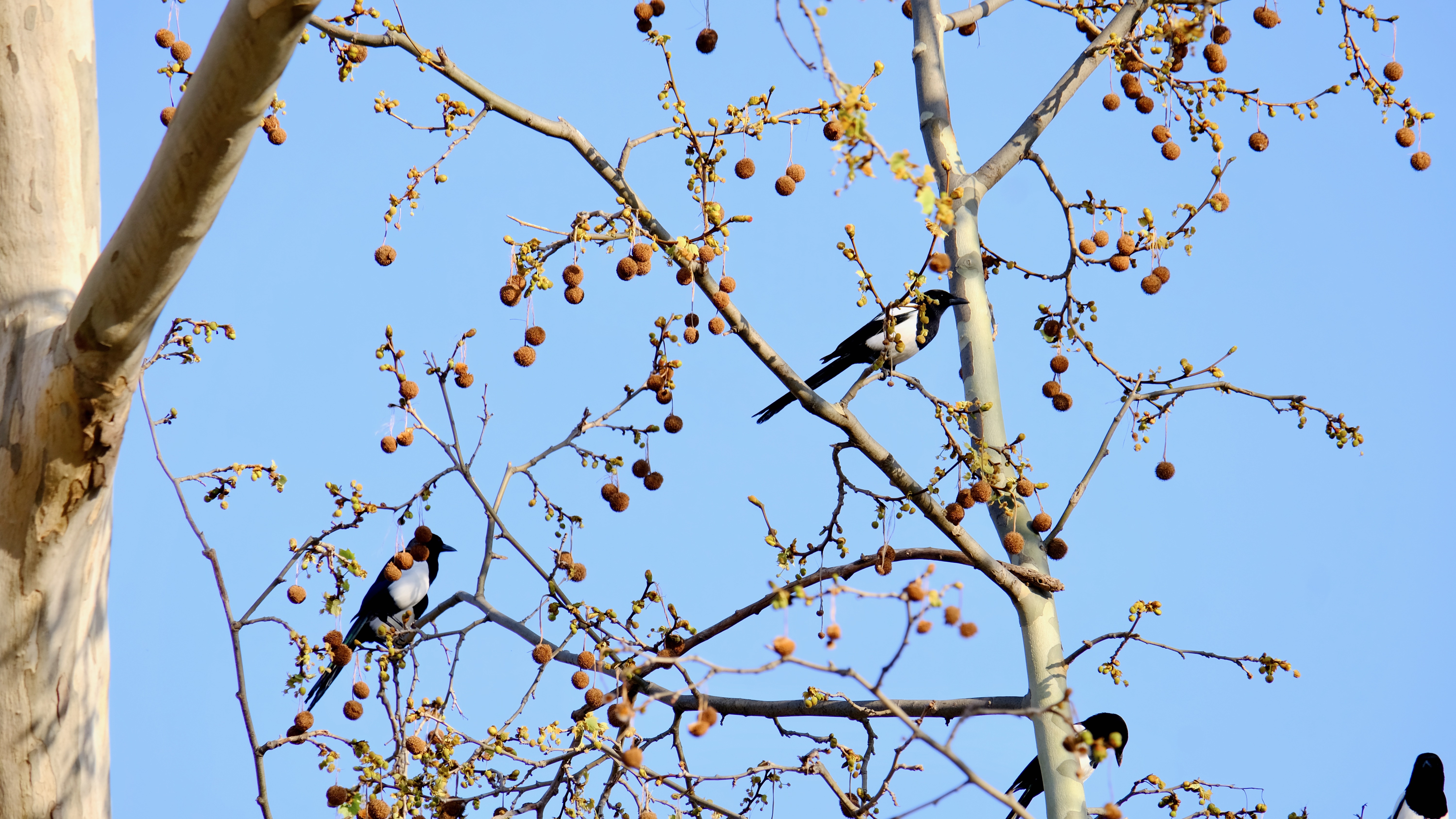 9,000 different plants from all over the world at San Francisco Botanical Gardens take you on a journey across the globe. You can’t just look in one direction ahead! Looking up magnolias, redwoods, looking down camellias, herbs, moss. Each twist and turn of the paths takes you almost if there’s no one around a secret garden on the other side of the world. Or down the road in the California garden! 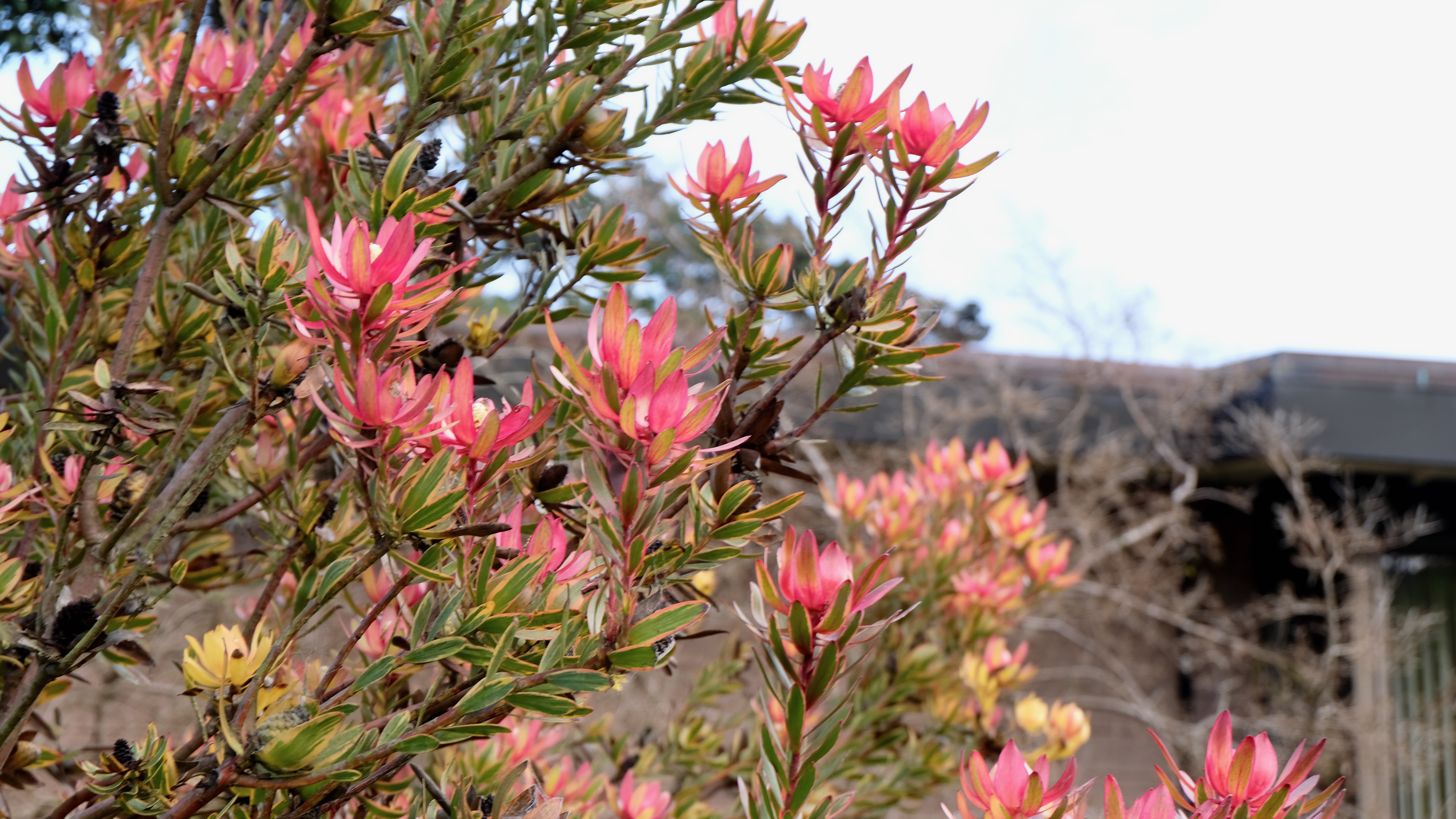 We had enough of the city, wanting some fresh air when we visited San Francisco earlier this year. The botanical gardens and Japanese Tea Garden were a few places on our list of places to go thinking they’re in the same garden. The Japanese Tea Garden is in the same park, Golden Gate Park but not in the same garden if that makes sense. Golden Gate Park while it looks close to the centre or downtown San Francisco isn’t. For some reason looking at the map of San Fransisco bay area I thought it was like a European town with everything more of less in walking or a metro distance. Err, no! You need a car to get around, unless you want to do multiple buses, taxis or Uber. A car worked out cheaper than Uber. We stayed just outside San Francisco in Belmont, Redwood Shores and I think the garden was a 40 minute drive away. We’d thought we’d have enough time to do both however the botanical gardens were bigger than we’d expected. By the time we’d left (after a who’s right which way back to the entrance! I think we both compromised and worked it out) it was 16.30 winter closing hours.

We could have easily have spent more time in the gardens. It’s split into Californian indigenous plants within their own geographic location and into South America, Asia Africa and Europe. The Mediterranean Garden features native Californian plants along side plants from South-western Australia, Chile and South Africa all grouped within their own geographical location. The Mild Temperate Climate features plants from Eastern Australia, New Zealand and a Japanese Moon END_OF_DOCUMENT_TOKEN_TO_BE_REPLACED