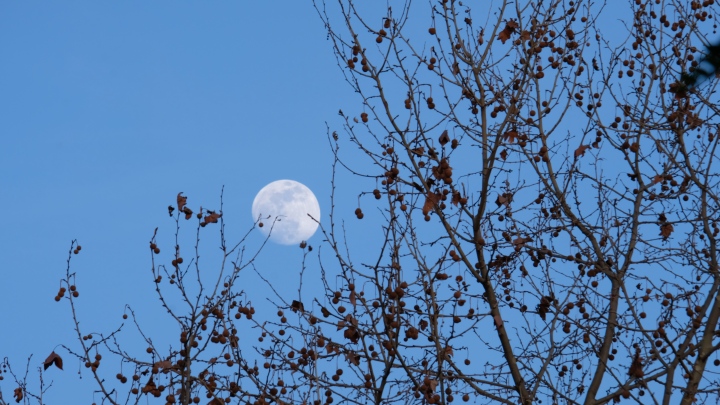 It’s been a crazy few weeks, I don’t know even where to begun saying Hi.

Mr D the cat and I are gradually adjusting to not having Mr Aj his brother around. Aj aka Angelous said his last see you laters a little over 2 weeks ago. The place is quiet, tears are now making way for happy AJ smiles and we both miss him. As much as I miss him, I’m happy he’s no longer suffering. I don’t know if this is the right thing to say, just like when he first came home it was like he’d always been around, it’s like now, he wasn’t. I can feel he’s not here, yet I know he was. It’s only looking at photos I know he was, even though I miss him so much and know he’s not here anymore, like he never was. If that makes sense. I hope his next mission’s exciting and full of adventure! 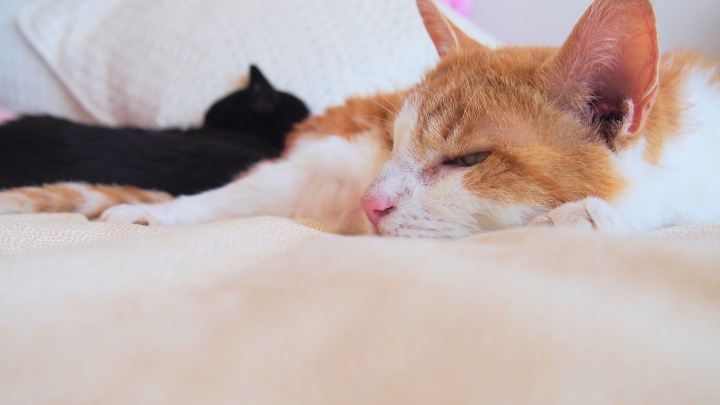 P was back for a few weeks, back in time to go see Cirque du Soleil’s Toruk – The First Flight. Inspired by the movie Avatar it follows a coming of age warrior journey. If you ever get a chance to go, go! I enjoyed it more than Totem with the set designs and costumes equally as mesmerising as the performers. P was surprised I wanted to go to the matinee, 17.30 show. He said it’ll be full of kids, I said I want to get back early for the boys. The 17.30 show was sold out and packed with way more adults than kids! Although the voice over story was in Spanish, there were English subtitles. Yep, subtitles on screen to the left of the stage! 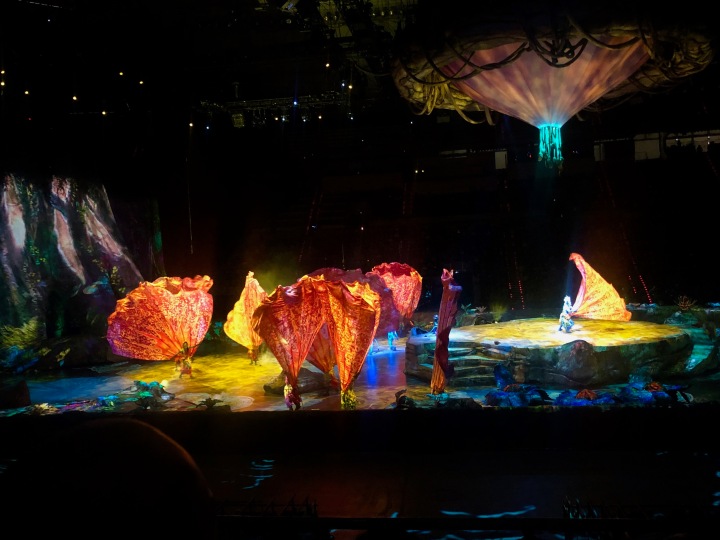 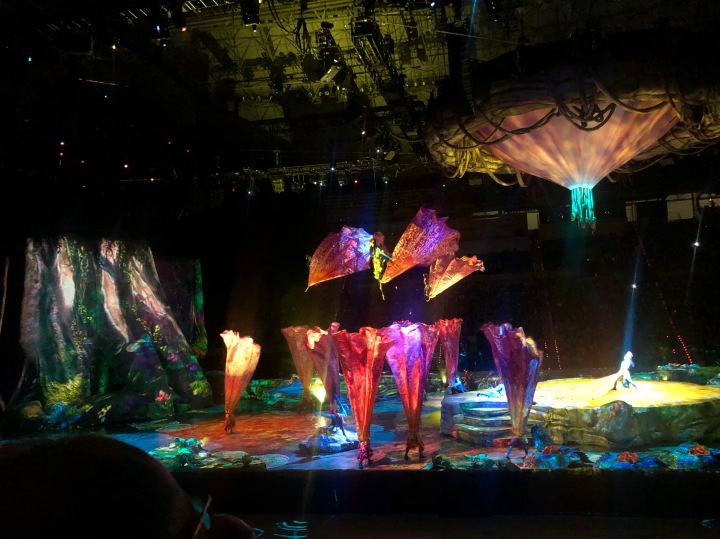 For nearly a week the air in the streets in the centre of Barcelona was cleaner. Taxi drivers blocked the city centre streets and camped out in protest of Uber. They won for now, Uber has said we’ll return Barcelona and now all taxing bookings have to be made 15 mins in advance minimum. Even taxi drivers in Madrid camped out although I don’t know how their deal worked. The government gave local authorities the decision on how to issue taxi/vtc licences.

Indoor climbing/bouldering, the next grade up’s the reach literally out of my reach for some (pun intended!). The last 2, 3 holds I just can’t reach or I’m too hesitant to jump. I fell bad a few weeks ago so that’s in the back of my mind. I know it’s myself holding myself back, however every time I go, it disappears some more. The next grade up’s another layer of strength, so that’s a challenge too. Plus the grips are different and I haven’t got enough grip strength yet. I’m still enjoying it! It’s like a big kid playground! Mostly thanks to my organisational scheduling skills I’m stopping classes next month. There are other reason why, but I’m kinda excited not to have the pressure of getting there late.

Running I’m slow. I’m getting slower! I don’t train for running so I’m not that bothered. It’s more about getting out there running. I prefer cycling, however if I stop running I’m I wanna run, let me run pleease! That happens every time I’m injured. I want to run and I can’t! There’s a certain type of sweat and feeling you can only get from running and not matter how slow I get, it’s addictive. The gym’s always fun, always trying new things that could help me climbing and I’m enjoying Tone It Up’s Love Your Body Challenge. I really like the direction they’re going with their Studio Tone Up app. I genuinely forward to my quick morning workouts on the app. I think it’s the working out with a ‘friend’ that I like.

Anthropologie opened its Barcelona store this month. Which is great and equally as bad! I have to walk around with hands in my pockets to avoid touching things. Because you know, you touch it you buy it! Hahaha! I’ve been good the last few times I’ve been. I put things down and walked out empty handed. The 2 times previous, erm… 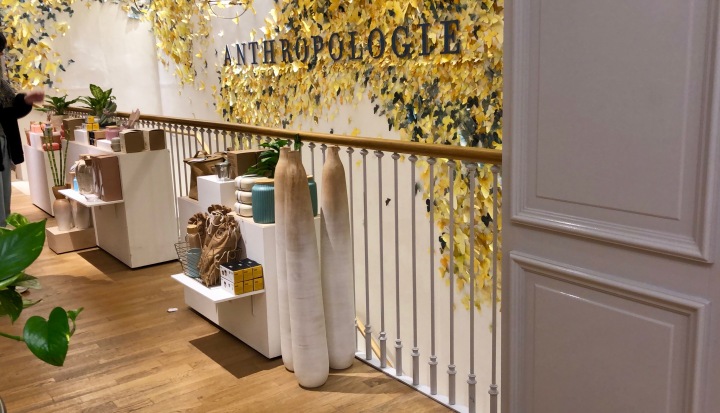 While Netflix has gone KonMari Method crazy, I read the book a few years ago and whenever I sort out I follow her if it gives you joy keep it method. I can’t say the apartment is as tidy as it was when I first sorted out using her method, but it is a lot tidier than before I started following it. I’ve been meaning to sort my wardrobe out for a few months and this month, finally tackled it! It felt so good to throw away items I’ve never worn, are too worn and need replacing or items I haven’t worn for a few seasons and know I won’t. It took few trips taking them to the local charity shop! Next up is the spare room/office. Again. It always seems to be the dumping ground for sort out later items.

And yes, the zoo. It’s my place of refuge from the city and it’s people. I don’t like all the residents enclosures. Many need updating. I think this year the new Serengeti exhibit will ready and I’m hoping the lions get a bigger enclosure. Actually I’d like all the big cats to have larger enclosures. The light through the trees recently has had me mesmerised. Summer’s my favourite time of year, though late winter early spring a close second. Spring and summer are on their way and you can sense it in the light this time of year. It has a feeling of new beginnings. If you think about it every season even summer and autumn, summer’s on it’s way next year. Or is that a being too much of a happy camper?

And back to this little boy. I miss this little one so much. I’m getting better with the tears, although like the other day I noticed his one of his favourite plants he used to nibble one and they started. I’m unsure what to do with their beds by the radiator. For now I’m letting D chose which one he wants and decided later what to do with them. 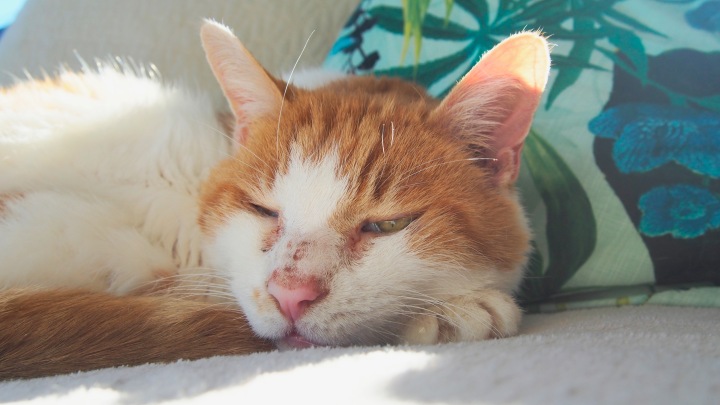 How has your February going?

2 thoughts on “February Catch Up Tails”