You know that saying careful what you wish for? One, my Mum loves to repeat. I feel like I haven’t spend much quality time lately with the cats. The universe heard and answered in it’s usual way. It get so many wishes, it either doesn’t always listen properly or it does and thinks that doesn’t warrant a good wish so twists it. I ended up with a tummy bug, out for 24 hours.

The cats were close by, one an angel, the other an angel until he got hangry. His mama couldn’t get up to feed him and he let her know. P was away traveling also down with the same bug, so it was probably for the best he wasn’t here. I spent well over 24 hours in my pj’s, my hair so greasy it could’ve stood up on it’s own and I just wanted p&q to sleep it off. I’m slowly getting my appetite back and hoping that it was my 1 day a year enforced day off for this year. It’s a little frustrating as I wanted a routine back, but maybe karma and the universe had other plans. I’m always a little behind and really wanted to start on sorting out the presents I’ve yet to put away, job hunting, getting organised, working on a better schedule. I guess I got me time in a twisted universe heard sort of way too. It’s okay I had great looking skin from sleeping so much. Or did until the  transparent ghostly paleness of being ill kicked in. But I have food, a roof and a lot to be grateful for. People under siege in Syria (I had tears over 1 report this week. No kid should go through what many are in Syria) and people have lost their homes in California mudslides this week.

Anyways, I hope you had a great 1st week, now nearly 2 weeks of the year! I’ll leave you with some catch up photos.

I’m a little behind on this year’s Tone It Up’s Love Your Body 2018 Series, thanks to being ill. A 6 week kick start the year health and fitness series. If you’re a member you get a 6 week free meal plan, free new workouts, new recipes, tips and tricks to get you feeling your best. Even if you’re not a member, you still get recipes, tips, free workouts to kick start. I can’t wait to try all the new workouts on Saturdays, my usual day for their workouts (my own in during the week or running) or now Studio Tone It Up App workouts!

Friday 5th we popped by to watch the Cabalgata de los Reyes Magos. The 6th January is Spain’s main festive present giving day with the Three Kings parading through town the night before. I can’t even begin to imagine the excitement and magic of being 4 or 5 seeing the Kings and their entourages then waking the up the next morning to presents! The costumes, the floats, dance routines and the amount of detail that goes into everything is amazing!

Everybody’s favourite float (and maybe the Carbon/Coal train if you’ve been naughty as it’s the most livest!); caramelos, sweeties, candy! Everybody goes crazy catching and scrambling picking up as many sweets as possible. And I mean everybody! 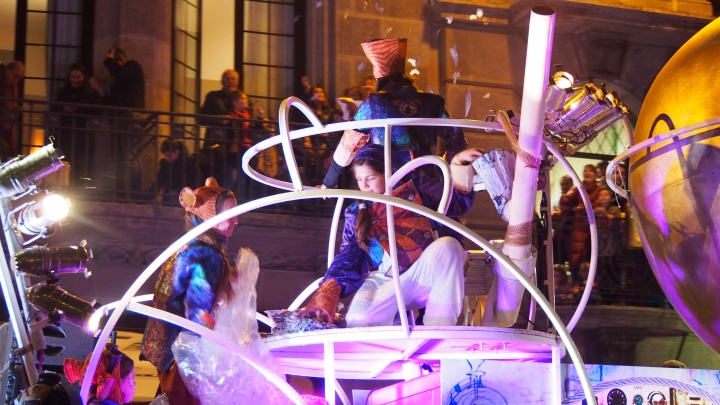 Though temps are back to cold, last week it got a little crazy with Spring temps 20C for a few days. 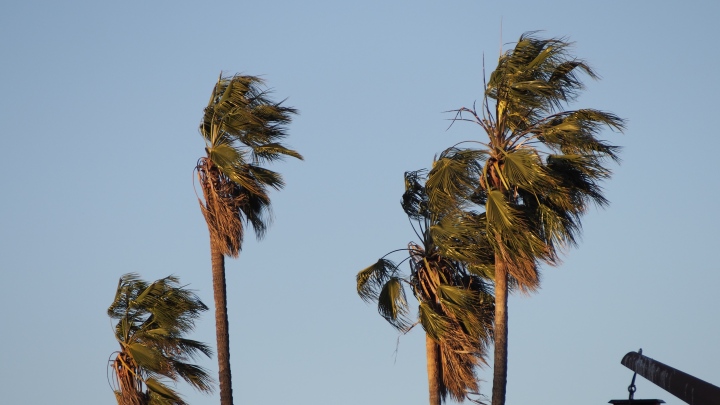 I think Spain got the tail end of Storm Eleanor that hit the UK and parts of Northern Europe as it was so windy last week. Cycling back on Saturday’s have to get outside or go crazy ride wasn’t as fun as going.

This January my gym’s even more packed that previous years especially this week (I think my gym’s forgoing joining fees and I went before being ill and afterwards when I felt stronger). I’m not sure if they’re regulars or new people as they seem to know what they doing, but it’s packed! I’ve had fight for my little workout space!

Reverse sunsets have a been super pretty recently. I’m hoping to start seeing these leaving the gym until it gets lighter later, not arriving at the gym. One of my goals/intentions this year is to start back at my old gym time. I can dream! 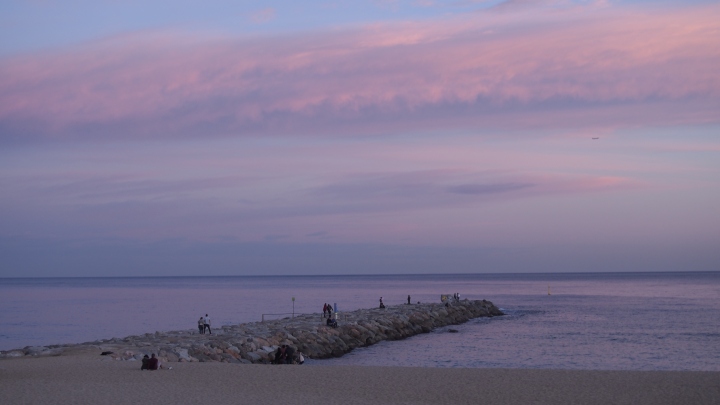 How have your first weeks of January been? Do you celebrate Papa Noel/Santa or the Kings? King’s Day is odd for me here. I don’t celebrate and everywhere’s closed so it’s a normal day for me!

6 thoughts on “January Catch Up”

🌸Happy Spring! These were taken last week, so now the trees are probably more dressed and the cherry blossom in full bloom! I’m under lockdown so I have no idea! Anyways, Happy First Day of Spring! ✨
February’s waxing Snow Moon, Pfeiffer Beach, Big Sur, California back when it was a freer world. It’ll be freer again soon ✨
Happy World Wildlife Day! 2 for my favourite wildlife photos taken this year. A moment with a lizard at Harold L Lyon Arboretum Oahu Hawaii and a blackbird drying off after a bath at my adopted city Barcelona. Our planet is filled with beautiful treasures great and small if you take time to look, or just be patient to see what will say hi ✨ More wildlife photos on the blog!
Naked trees, geometric shapes and magpies. Late winter’s magic. Have a great weekend ✨
Could my love for K-Beauty be taken over by Aussie Beauty or A-Beauty?! Aussie Beauty focuses on natural ingredients, no nasty ingredients and being cruelty free. Perfect for me! Clean A-Beauty brands I’m using or have used on the blog! Link in bio ✨
Magical waterfall along the Big Sur: McWay Falls. Plus a turtle face and a sleeping orangutan ✨
Hiking amongst redwoods and sequoias. Can’t believe this was nearly 2 weeks ago and in a few days it’s back to reality ✨
Water reflection. Winter’s here. January the cold month. But the now longer growing days cancel out the cold ✨
Happy New Year! 2020’s first sunrise. Thank you for your kind messages after saying my last see you later to Diesel. I miss that boy so much. For a small cat he loved life and that’s how I can honour him by loving life as much as he did. Wishing you an amazing year ahead! ✨