Someone hasn’t been paying attention to her fiestas nationales. Half way to the gym after noting the traffic outside wasn’t heavy like usual, the porter wasn’t on duty, weekend warrior cyclists were out on a Monday and kids that should have been at school, I remembered today was a national holiday. I can be really attentive when I need to be! Normally shops are closed on Spanish national holidays, but as it’s the lead up to Christmas it was packed running errands. Almost as busy as Oxford Street on a Saturday! I resorted to side streets and alley ways to get around. This chica doesn’t like to be caught behind waddling penguins that aren’t penguins. It would be a different kind of freak out if I was in a flock of penguins!

Hope you had a great weekend!

One reason why I love living by the sea is on a full moon on a cloudless night. You can’t help but be in awe of moonbeams reflecting off the sea. The moon was in full effect Friday cycling back casting out moon rays.

Saturday was the usual, yoga, gym, shopping, crash! I’m still trying to balance with my schedule now I’ve joined a gym after having trained at home for a few years. I like to get workouts done in the morning, but  somedays it takes all morning to get there. I know what needs to be done, but doing it is another issue!

I made it my mission about 3 weeks ago to master chins ups and pull ups. I’m starting out with chin ups and having fun how far I go with them. I’ve been tagging 3 sets to failure after my main workout. 1st week I could only manage 1 and 3/4 on the first set, Saturday 4! Just a little extra practice a day makes a difference! When I get to 8/10 I’ll start playing around with different grips and pull ups!

Cycling back from the gym. Reason #20 why I like living by the sea! 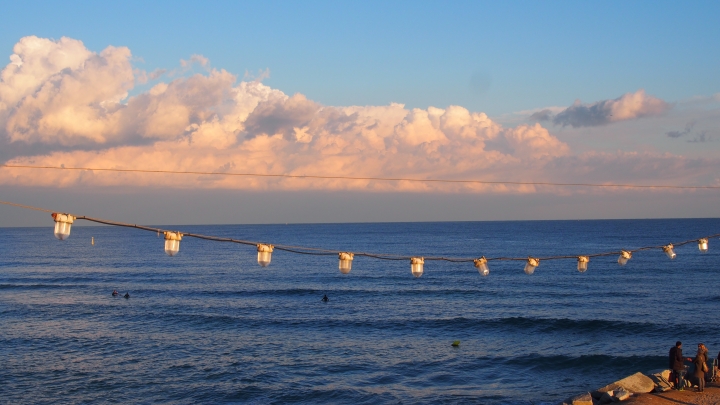 Christmas lights Barcelona Centre and the most expensive hot chocolate in a long time. €7.40 for two including a 40c charge for soya milk. There’s a reason why Starbucks is a treat! 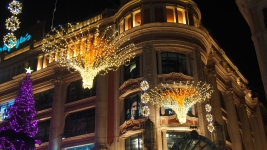 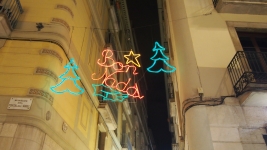 Oh, Sunday. I missed my alarm, overslept, didn’t run until mid afternoon. Somedays I delay my longer runs. The later I leave it, I procrastinate and when I do finally get my bum outside, I wish I’d have done it sooner! Sunday was one of those days. Normally my longer routes are busy with cyclists, runners and Sunday penguins. Yesterday hardly anyone was out taking in the sun. The only reason I can come up with is they were all Christmas shopping! Fine with me, I get the streets to myself! 12km along beaches and part of my delay getting going was signing up for a last 2014 10km run. After hearing about many people participating in Christmas/holiday runs, I decided check out what they have here. The one I really would like to do is the Buff Epic Race. 9km obstacle course around the castle, however subscriptions are full. I’ve sent an email asking if they have two free spaces, so you never know! 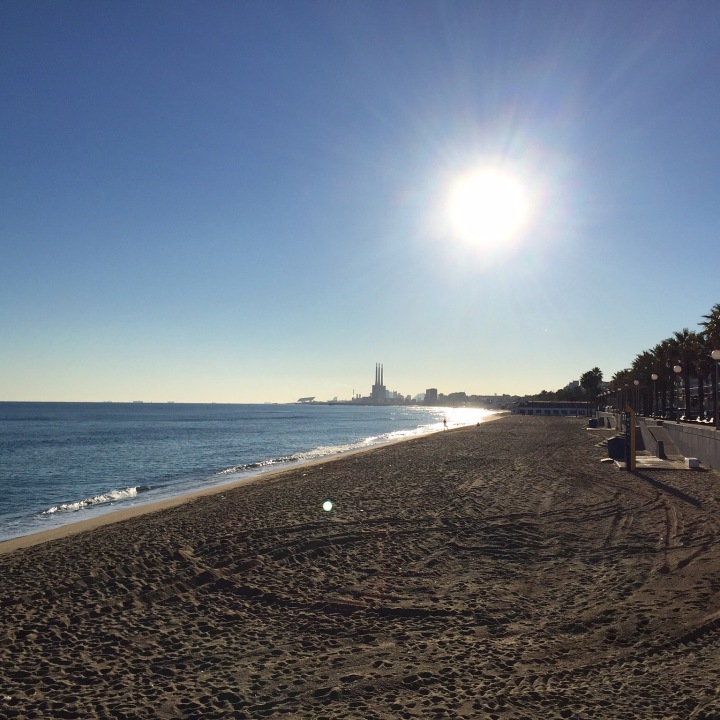 Sunday evening I spent prepping post workout snacks. Usually they’re tricky for me. I don’t like shakes and bananas only if they’re cooked! This week, coconut, oat, peanut butter date balls, so I’m hoping about 6 of them will give me enough energy cycling back. Lets see how they go!

Hope your weekend was more exciting! Have you got Christmas presents all sorted and wrapped up? I think most of my family will get gifts cards  It’s proving hard to find presents this year!