Last week we’ve been trying different ways of eating newly found in France, kale. So far I like it raw in salads chopped into small pieces. Diesel likes it sauted. He went a little crazy asking for some like he does with corn on the cob. Aj just likes nutritional yeast and vegimate. Cats are strange. 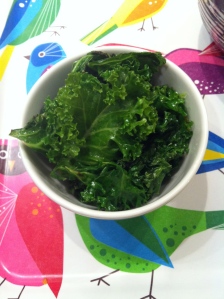 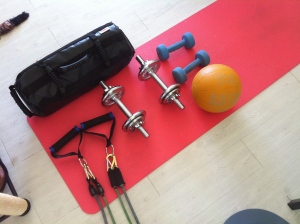 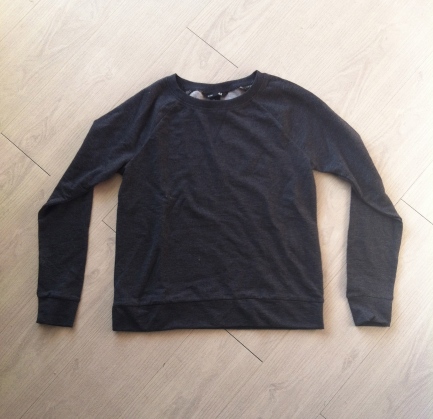 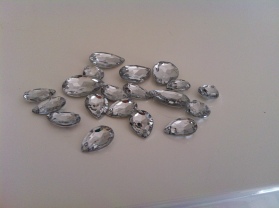 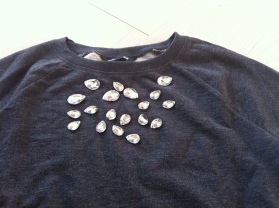 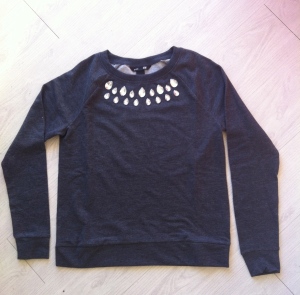 Friday I was up bright and early to fit in a 5km run before the Osteopath. It’s still too warm to run in long sleeves or a jacket in the day, however the backs of my hands and wrists get cold. Solution? Fingerless mittens! 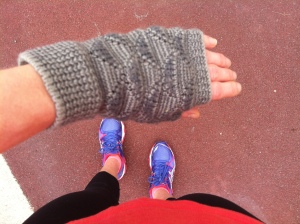 Both the knee and ankle have been acting up this week and I was worried I’d put back some progress. Good news, I hadn’t and I can work as I have been increasing intensity! Things were a little tight which was causing the pain. I’m now to start working out and running with the insoles. I hope they’re made of tough stuff! 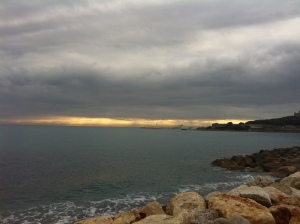 As always after Osteopath visits no exercise for 24 hours, so no afternoon bike ride. Instead a little trip to Cannes for a wander. 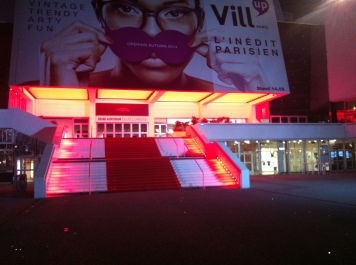 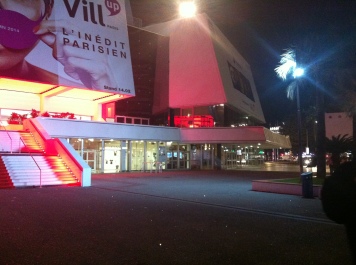 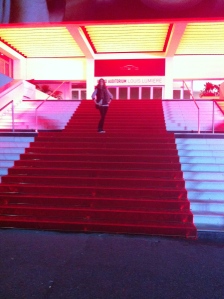 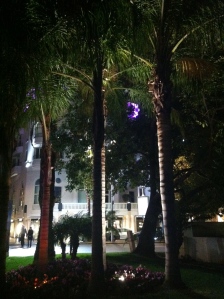 Saturdays workout with the insoles went okay. I’ve been wanted to add single leg deadlifts for a while, but haven’t as I felt they would have put too much strain on the Achilles. I had no issues with them or burpees! 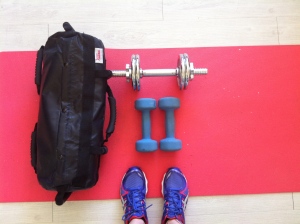 Quick blast of fresh air with a 7km bike ride 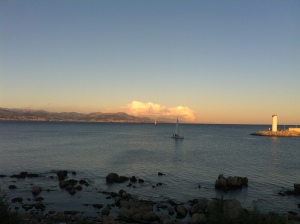 Saturday, we went out to dinner! (a rare event and my yolo meal of the week). Paul every time sees his friend near Monaco they end up going to a diner, Stars and Bars. I’ve been asking when are you going to take me?! I was warned the food isn’t all that great, but it’s a good place to visit. 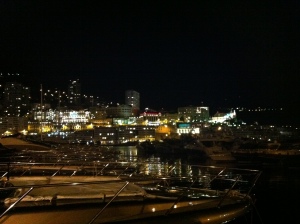 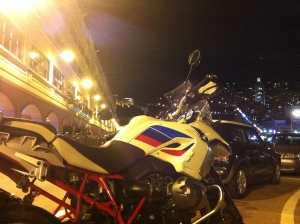 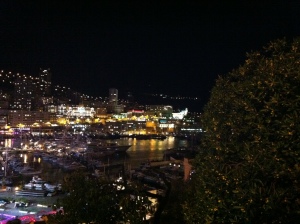 Before dinner we went for a walk around the Palace. The Palace is what fairy tales are made of, especially lit up pink! 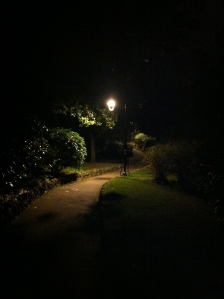 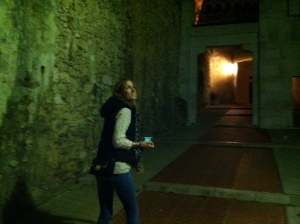 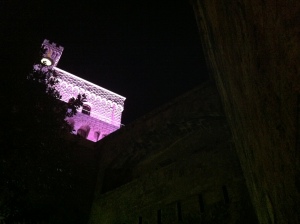 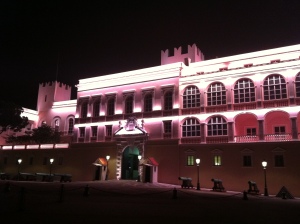 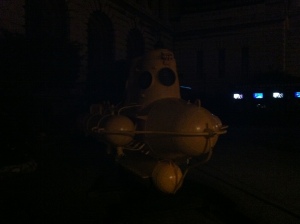 The city itself is the city of gold at night. 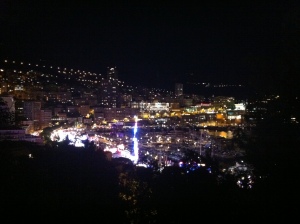 The diner was fify’s style with homage to the Grand Prix, with an F1 car and various drivers suits on the wall. 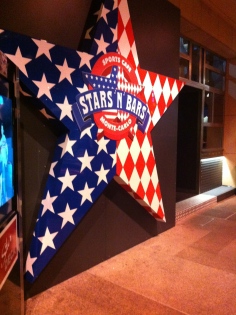 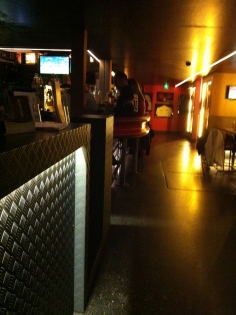 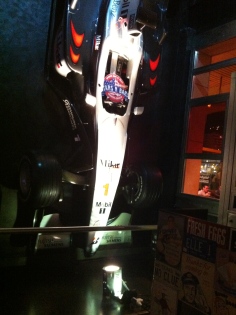 For coffee and drinks it’s a good place. Food a miss. I don’t recommend their veggie burgers! We ended up not paying for them as the kitchen as Paul would say was ‘in the ****’ (chef talk for service going down hill!). It was a nice surprise and we left the waiter a tip as despite the busy evening they were having, he was making sure all his tables were happy and kept informed of the wait.

We went back a long the sea road wrapped up in about 3 layers each. The nights are getting colder. The wind was strong so I was grateful I’d wrapped up!

For those of you who have family and friends in the Philippines, I hope they are all okay. I can’t not begin to imagine those in the worst affected areas are going through.

Sunday I was up early to see my friend for coffee. Her family in Vietnam were relieved the typhoon had changed course. 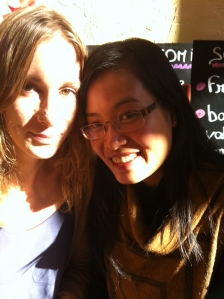 I would have run in the morning, however it was the Nice-Cannes Marathon and my usual running routes taped off. It’s their day to run, so no ducking under tape and out their way! We could see some of the route from our apartment and the first guys were fast! So fast their pacers were on roller blades! I think times would have been slow this year as most to the way they were running into a strong mistral. 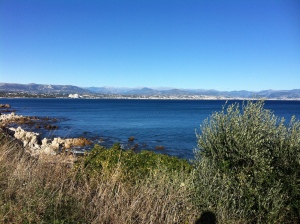 My 6.5km run was the first in insoles. I ran with Paul so it was a fast run (despite stopping to pick up a bird that had just been hit. I was too late, so gently placed it in the bushes). I was probably more balanced, but still had right adductor pain, which hit half way. I know it’s compensating for something and just looking forward to a normal run one day! 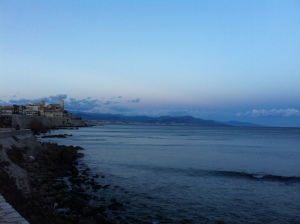 Dinner was one of my favourites. Butternut squash and coconut milk soup. Nom, nom!

Apologies for the lateness of this post. I’m currently travelling and have only just had good internet connection. Our whirlwind tour of the UK starts in another place where there’s a yellow submarine, a yellow submarine… 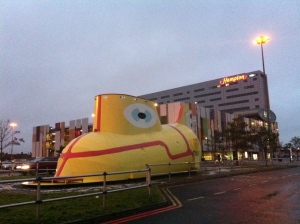 What’s your favourite soup? Are you a Beatles fan or more Rolling Stone?

2 thoughts on “A Yellow Submarine and a Fairy Tale Palace”